“The Life of Pablo” is no longer exclusive to Tidal subscribers. (Kanye West Twitter)

Kanye West’s living album, “The Life of Pablo,” is now living on streaming services beyond Tidal. As of April 1, fans can stream the new album on other major streaming services including Spotify, Apple Music, Google Play and more.

West also made “The Life of Pablo” available for download on his website, KanyeWest.com. Tidal also distributed download links to customers who purchased the album in February or had tickets to West’s fashion show at Madison Square Garden.

Here’s where to stream and download “The Life of Pablo.”

See below for a complete list of services streaming “The Life of Pablo.”

Sign up for a three-month free trial. After the trial ends, pay $9.99 per month or purchase the Family Plan (up to six members), which uses Family Sharing via iCloud, for $14.99. Payment is made through your Apple ID.

Sign up for a 60-day free trial then pay $9.99 per month. Payment can be made with any major credit card, via Pay Pal or a redeeming code.

Sign up for a 30-day free trial then pay $9.99 per month. Payment can be me with any major credit card, via Pay Pal or using Amazon Payments.

Sign up for a 30-day free trial then pay $9.99 per month. Payment can be made with any major credit card and via Pay Pal.

Sign up for the Premium 30-day free trial then pay $9.99 per month. Payment can be made with any major credit car, via Pay Pal or PaySafeCard, or a redeeming code. A free ad-version of the service is also available.

Purchase a Digital Copy on KanyeWest.com

The Life of Pablo is now available for purchase https://t.co/xYu7lGJR7z pic.twitter.com/mNTAUiie2V

A digital copy of “The Life of Pablo” is also available for purchase on West’s website, KanyeWest.com, for $20. West tweeted earlier this month that he doesn’t plan to release a physical CD for this or any other future albums.

I was thinking about not making CDs ever again… Only streaming

the Yeezus album packaging was an open casket to CDs r.i.p

uuuuuuum, so there it is… No more CDs from me

Fans who purchased the digital album through Tidal in February, but couldn’t download it have been sent a new download code by the streaming service. Tickets for West’s fashion show at Madison Square Garden also came with a free download of the album and those ticket holders have also received a new download code. Tidal told Pitchfork it will only make the album available for download to those who purchased it during the initial release.

Hear ‘Famous’ on the Radio 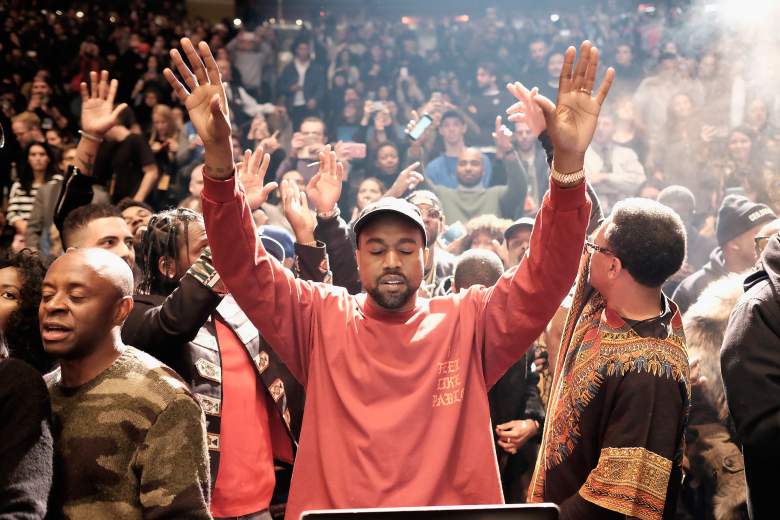 West premiered the original version of “The Life of Pablo” at his Madison Square Garden fashion show.

West gave a taste of his new album to streaming services like Spotify and Apple Music with the tracks “Famous” and “I Love Kanye.” He also released “Famous” to play on radio this week.

So far, “The Life of Pablo” has been streamed more than 400 million times globally on Tidal and 250 million came in the first 10 days of its release. Since Tidal didn’t release these streaming numbers and the album wasn’t available for purchase, Billboard could not calculate the data necessary for the album to chart.

The industry considers 1,500 streams equivalent to one album sold. The 400 million streams for West’s new album would equal 267,000 albums, making it best-selling hip-hop release this year so far, according to The New York Times.

More Changes to ‘The Life of Pablo’ Are Coming

West will continue changing and adding to his living art project. For example, the original version of “Wolves” featured Sia and Vic Mensa (see their performance at “Saturday Night Live” 40th anniversary above), but the new version scrapped their parts and added Frank Ocean as well as vocals from classical singer Caroline Shaw.

“In the months to come, Kanye will release new updates, new versions and new iterations of the album,” Def Jam told The New York Times, adding that “The Life of Pablo” is a “continuous process.”