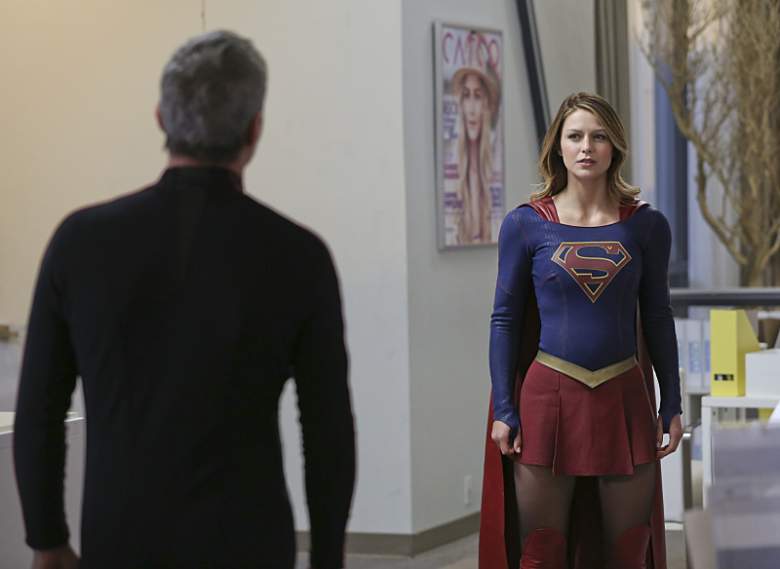 Supergirl will battle Non and Indigo in the final two episodes of season one as she tries to prevent them from implementing their “Myriad” plan. (Cliff Lipson/CBS)

Supergirl apparently needs a week off to recuperate after racing around with The Flash last week. CBS will instead air back-to-back repeats of The Big Bang Theory at 8 p.m. before Supergirl returns for its final two episodes of the season starting on Monday, April 11.

In the first episode back, “Myriad,” Kara must find a way to free her friends when Non (Chris Vance) and Indigo (Laura Vandervoort) use mind control to turn National City’s citizens into their own army. Myriad is the alien technology that puts the city under Non’s control.

Before Supergirl returns, find out where we left Kara and her friends last week. 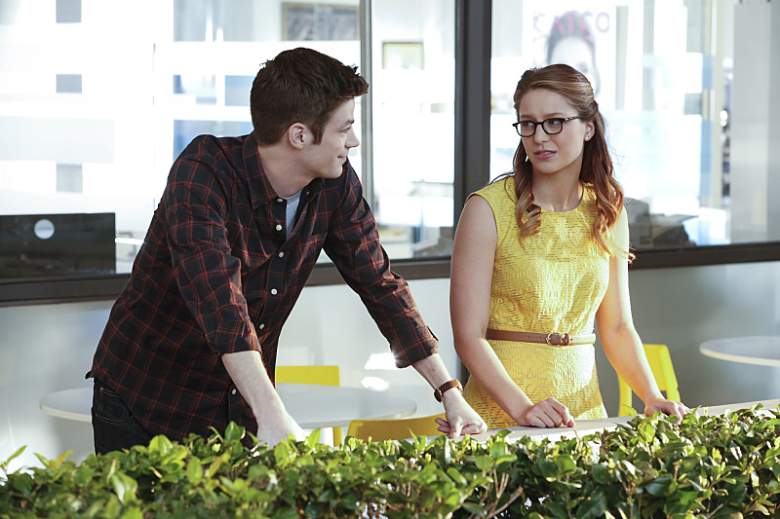 Barry gave Kara a little pep talk in how to handle her growing feelings for James. (Robert Voets/CBS)

In the closing moments of last week’s episode, Kara took the advice of her new friend Barry and decided to let James Olsen (Mehcad Brooks) know how she felt about him. Standing together in her kitchen, she fumbled to find her words then made it clear by kissing him. Supergirl executive producer Andrew Kreisberg explained her motivation to TVLine.

Barry’s advice about when to go slowly and when to move fast really resonated with her. She finally realized, too, they’ve had so many fits and starts throughout the course of the year, and so much of it was because one of them didn’t stop talking and just act.

Unfortunately at the exact moment of the kiss, Non (Chris Vance) and Indigo (Laura Vandervoort) had taken control of the minds of James and every other human citizen of National City. They were last all seen walking in unison down the street while Kara could do nothing but stare out her window at the frightening sight.

The previous episode (“Manhunter”) revealed Jeremiah saved J’onn’s life when the real Hank Henshaw tried to kill the Martian. The alien then took the identity of Hank when he died falling off a cliff.

Read More
Calista Flockhart, Chyler Leigh, David Harewood, Mehcad Brooks, Melissa Benoist, Supergirl, TV
Supergirl is heading into the final episodes of its first season. Will the DC superhero be able to save her friends when Non and Indigo use mind control to turn National City's citizens into their army?