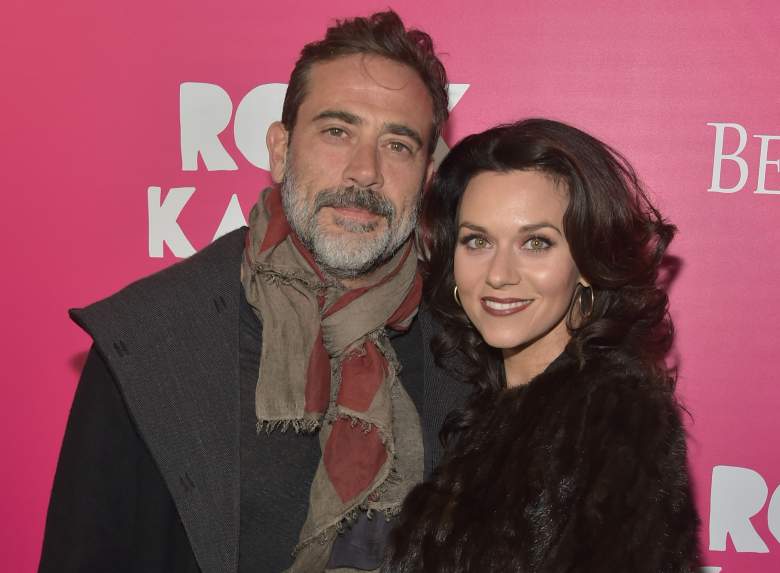 Morgan and Burton have lived a low-key life together since 2009.

Jeffrey Dean Morgan and Hilarie Burton kept their relationship secret for so long, Burton gave birth to their son, Augustus, before the couple even went public with their romance. Their love story began in 2009 when mutual friend and Supernatural star, Jensen Ackles, set them up on a blind date.

Morgan, 49, and Burton, 33, have also kept the details of their 2014 wedding hush-hush. In between productions, they live on a farm in upstate New York with their 6-year-old son, Augustus.

Here’s everything you need to know about the couple: 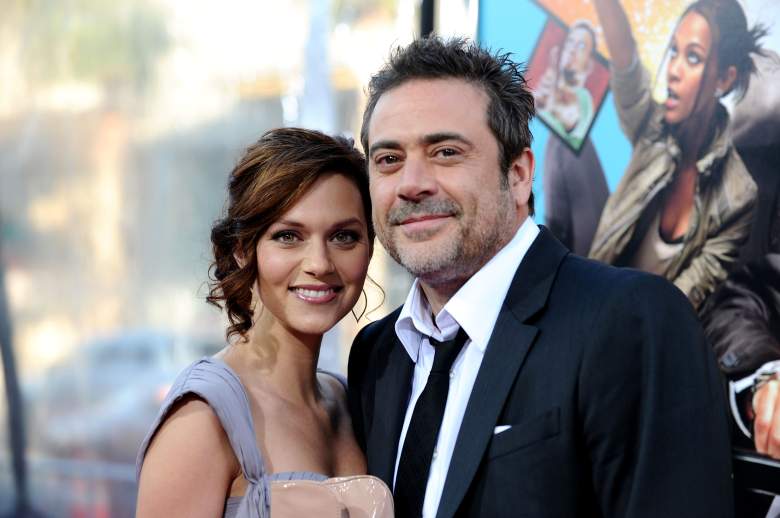 Burton and Morgan made their red carpet debut at the premiere of his 2010 movie, The Losers. (Getty)

In 2009, Morgan’s friend and Supernatural co-star Jensen Ackles set his buddy up on a blind date with his wife Danneel’s friend and co-star from One Tree Hill, Burton. The Ackles took Morgan and Burton out on a double date and the two hit it off (after a good many rounds of drinks).

“I [got lit]. We all did. We ended up back at my house drinking shots of tequila,” Morgan remembered in an interview with HuffPost Live in 2015.

He also convinced her to abandon a trip to Paris not long after they met to join him in Albuquerque, New Mexico where he shot The Resident in the summer of 2009. In April 2010, they made their red carpet debut at the premiere for The Losers, which starred Morgan. The couple started referring to each other as husband and wife in interviews as early as 2014, but neither has divulged details of their wedding. 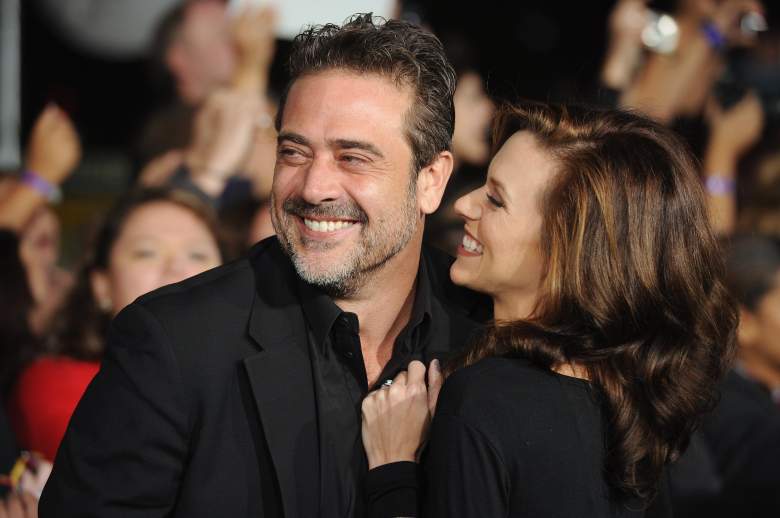 Morgan and Burton make their family home on a farm in upstate New York.

The couple welcomed their son, Augustus, in early 2010. Burton, a Virginia native, revealed her pregnancy to friends in August 2009 after she had gotten back from spending the summer with Morgan in New Mexico, a source told E! News in 2010.

Had lunch with my two favorite people… Jeffery and Gus

Augustus is the first child for Burton and the second for Morgan. Around the same time he met Burton, The Walking Dead star also learned he had a 4-year-old son with his ex-girlfriend and actress, Sherrie Rose. Rose revealed her son’s paternity in an interview with Us Weekly in 2009.

“Yes, I have a 4-year-old son with Jeffrey,” Rose told the magazine. A source added that Morgan was “shocked and surprised, but he wants to be in the child’s life.”

3. Morgan Was Once Engaged to His Weeds Co-Star Mary Louise-Parker 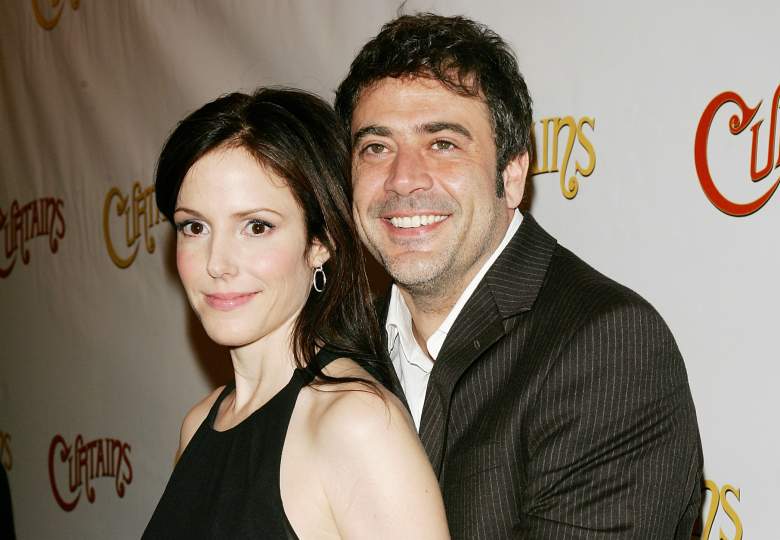 Before he got together with Burton, Morgan was engaged to Weeds star Mary Louise Parker.

Morgan, native to Seattle, had several relationships before settling down with Burton. He married his first wife, former actress Anya Longwell in 1992 in Las Vegas. After their divorce, Morgan was engaged to Mary Louise Parker between 2007 and April 2008. He guest-starred on her Showtime series, Weeds, for two episodes in 2005.

Burton married One Tree Hill assistant director Ian Prange, the son of the show’s executive producer Greg Prange, in 2004. They divorced in 2009 around the same time she left The CW drama in season six.

4. They Both Had Recurring Roles on ‘Grey’s Anatomy’

Morgan had been working in Hollywood since the mid-1990s, but he really caught audiences attention in 2006 when he started a recurring role on ABC’s Grey’s Anatomy as the dying heart transplant patient Denny Duquette. Even after his death on the show, he continued to make appearances in the visions of Katherine Heigl and Ellen Pompeo’s characters.

Grey’s then hired Burton in 2013 as Dr. Lauren Boswell. She only starred in three episodes, but caused major trouble for the doomed couple Callie (Sara Ramirez) and Arizona (Jessica Capshaw).

“Isn’t it sad what’s going on with those two?” Burton commented to Entertainment Weekly about the couple known as “Calzona” in November 2014. “I hate that I contributed to that sadness. But it was really fun, so.”

Morgan and Burton’s careers finally crossed paths last summer when they both appeared on the CBS summer drama, “Extant,” with Halle Berry. Morgan was hesitant to take the job since he required him to film in Los Angeles away from his family, but it worked out when Burton also got cast in a few episodes. He explained the situation to Zap2It last year.

When I took the job, the deal was, ‘We’ll get you home as much as possible,’ and that just hasn’t worked out. But Hilarie got a job on Extant, which was fantastic. You’ll see her a couple of times throughout the season, so that’s one way we’ve been able to keep the family sort of together.

5. The Couple Own a Candy Store in Upstate New York 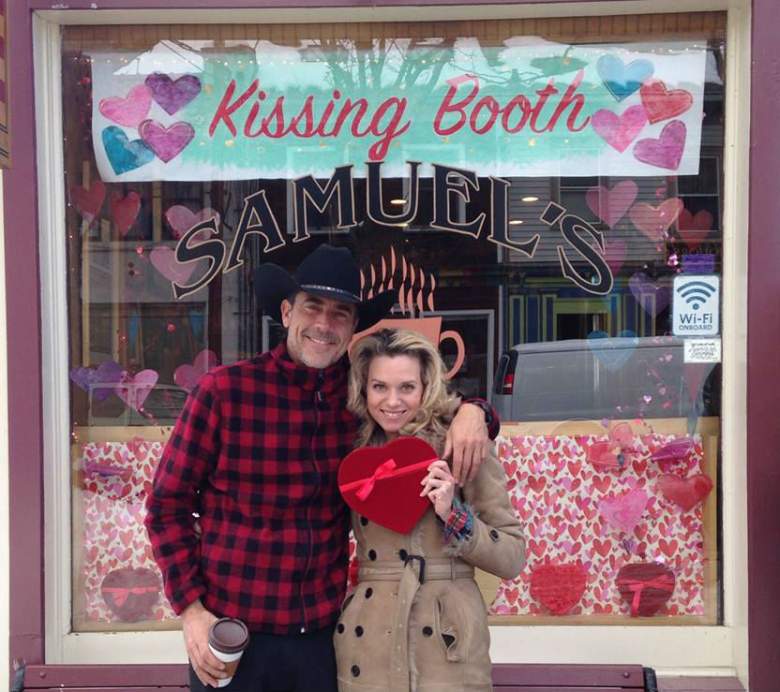 Morgan and Burton are co-owners of Samuel’s Sweet Shop in upstate New York.

The couple live on a farm in upstate New York and raise animals such as cows and alpacas. Burton told Entertainment Weekly in 2014 that she usually spends her days in “Carhartt flannel and covered in paint and sawdust and muck boots.” When she’s not working on the farm or acting, she and Morgan own a candy store in Rhinebeck, New York called Samuel’s Sweet Shop.

Morgan also revealed in his interview with HuffPost Live that he and Burton aren’t the only famous owners of this candy shop. Ant-Man star Paul Rudd and his wife also have a stake in the place.

A friend of ours, who owned it for 20-plus years passed away tragically and myself and Paul Rudd and our friend Andy and our significant others, who really run the show — Hilarie, [Rudd’s wife] Julie and Phoebe — we own a candy store in upstate New York and we have great coffee and great chocolates. 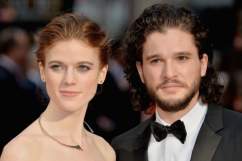