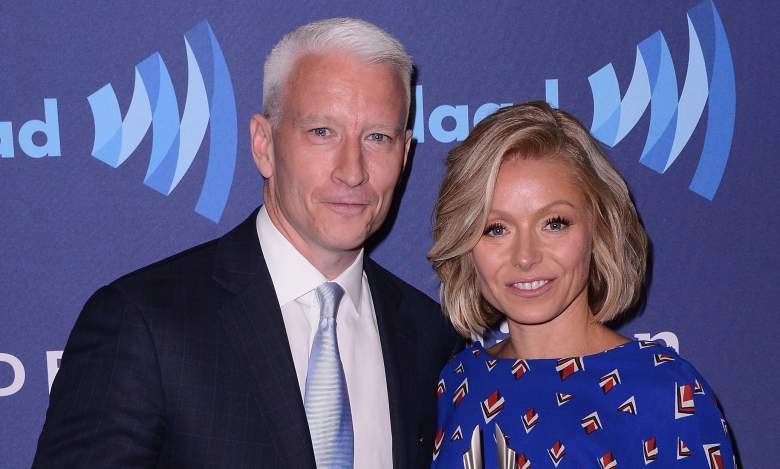 Cooper has been a frequent guest co-host of Ripa’s on Live over the last 11 years. (Getty)

The search is on again for Kelly Ripa to find a new co-host on Live after ABC announced last week that Michael Strahan would be moving to Good Morning America full-time in September. A few names are top the list of possible replacements, but if Ripa has her way, viewers could see Anderson Cooper seated beside her next.

The CNN anchor has served as a guest co-host nearly 40 times dating back to 2005. The new co-host will replace Strahan, who joined Live permanently in September 2012 and will take his leave on May 13.

1. Cooper Has Not Received an Official Offer to Join ‘Live’

Cooper, 48, told Andy Cohen on Thursday’s Watch What Happens Live that “it would be a dream to work with Kelly,” but no one has offer him a job at Live.. The CNN anchor is just one of the few names being considered to replace Strahan at the desk with Ripa.

The subject of Cooper joining Live was brought up when a viewer called into WWHL to ask Cooper what he thought about the recent drama surrounding the morning talk show. He gave this diplomatic response:

I love Kelly and I think that show, Kelly’s the heart and soul of that show and it’s going to go on and continue to be great and I wish Michael the best in his new endeavor.

2. Cooper Is Under Contract With CNN Through the 2016 Presidential Election

Cooper also told Cohen on Thursday that he’s “very happy at CNN” where he has worked since December 2001. The host of Anderson Cooper 360 is signed with the cable news network through the 2016 presidential election.

A move to daytime TV wouldn’t be unprecedented for Cooper. He previously split time between his daytime talk show Anderson Live and his gig on CNN’s primetime lineup from 2011 to 2013. He also has served as a regular contributor to CBS’s 60 Minutes since 2006.

3. Ripa Hopes ‘Live’ Picks Cooper as Her Next Co-Host

Multiple reports described Ripa as “blindsided” when ABC News announced on April 19 that her co-host Strahan was leaving Live to join Good Morning America full-time. The day after the news broke, Ripa refused to do the show and didn’t return until April 26 when she started the show by saying, “Our long national nightmare is over.”

Strahan join Ripa in September 2012 after a 10-month search to find a replacement for Regis Philbin, who left the syndicated talk show in 2011. Also in the running at that time was Anderson Cooper as well as Josh Groban and Seth Meyers, who later took over as host of NBC’s Late Night. If Ripa had her way, Cooper or her other good friend, Andy Cohen, would be her next permanent co-host.

A source told Us Weekly, Ripa “hopes Anderson Cooper or Andy Cohen gets the job.” Cohen seems the most unlikely since he’s tied up with his Bravo contract. A timetable for when a new co-host will be announced is to be determined, but in the meantime, look to see both gentlemen as well as her other frequent co-hosts like Groban, Meyers and her husband Mark Consuelos to fill the seat beside her.

4. Ripa Has Crushed on Cooper for More Than 20 Years 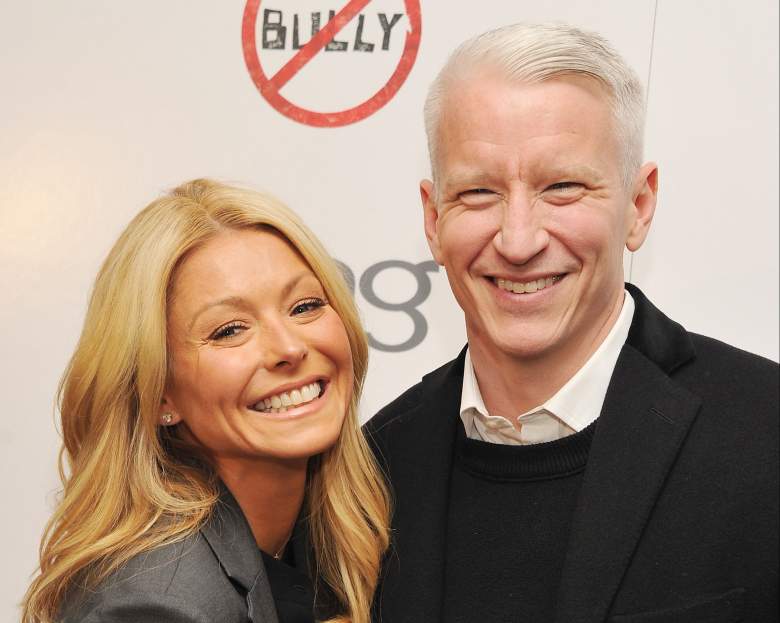 Ripa and Cooper share a longtime friendship and a natural chemistry on screen. (Getty)

In 2014, Ripa confessed to Vanity Fair that she has “had a 20-year unrequited love affair” with Cooper, who is openly gay. She joked that her husband doesn’t get jealous because “he understands that Anderson doesn’t share my enthusiasm.”

The news anchor has been one of her favorite guest co-hosts since he first shared the desk with her in 2005, subbing in for Philbin. He has guest co-hosted almost 40 times in the last 11 years, making his most recent appearance earlier this April.

Appearing together on Watch What Happens Live in 2012, Ripa told Cooper, “I still feel like you and I are destined to be together, someday, somehow.” Someday, somehow could be as soon as this fall.

Cooper isn’t the only one being considered to take over for Strahan. Mario Lopez also addressed rumors during his Friday appearance on Ellen that he could be next to sit beside Ripa in the morning. The Extra host would neither confirm nor deny the possibility.

“I know some people were saying that and again, it’s very flattering. I love Kelly,” Lopez told DeGeneres. He will be heading to Live in the coming weeks to guest co-host for a seventh time, his first time since 2012.

Jerry O’Connell’s name has also popped up in recent speculation. The 42-year-old actor who was a serious contender during the last co-host search and his wife, Rebecca Romijn, told Entertainment Tonight that she think he would be “great” for the job.

I love watching him and Kelly together. He and Kelly are awesome [together]. He was born and raised in New York City, which I think is really important for whoever fills that seat. That’s why people loved Regis Philbin so much — he was a native New Yorker. It is such a New York show, even though it’s national. Jerry is a wholesome married man with children, and people can relate to that when they watch a morning program.