Lopez is in contention to replace Michael Strahan as Ripa’s next co-host on Live.

Kelly Ripa will be looking for a new co-host again once Michael Strahan takes his leave on May 13. The show has not confirmed who’s in the actual running to replace Strahan, but there are a few serious contenders including Extra host, Mario Lopez.

Lopez filled in as co-host six times between 2005 and 2012. In a possible audition for the permanent job, he will head back to New York in the coming weeks to guest co-host again, but as he told Ellen DeGeneres on Friday, the decision rests with Mrs. Lopez, his wife.

1. Lopez Has Not Confirmed or Denied Rumors of Him Replacing Strahan on ‘Live’

DeGeneres wasted no time in her interview with Lopez on Friday if the rumors are true that he will replace Strahan as Ripa’s co-host on Live. He would not confirm or deny the rumors and only said it was “very flattering” to hear.

“I know some people were saying that and again, it’s very flattering. I love Kelly,” Lopez told The Ellen Show host.

The Saved by the Bell star has guest co-hosted with Ripa six times, but hasn’t sat at the desk since 2012. He sat with Ripa three times during her last search for a new co-host when Regis Philbin left Live in 2011. The show eventually chose Strahan in September 2012.

In the last four years, Ripa has appeared on Lopez’s syndicated news magazine Extra seven times, but those interviews weren’t always with its lead host.

3. Lopez’s Wife Will Have Final Say if He Takes the Job 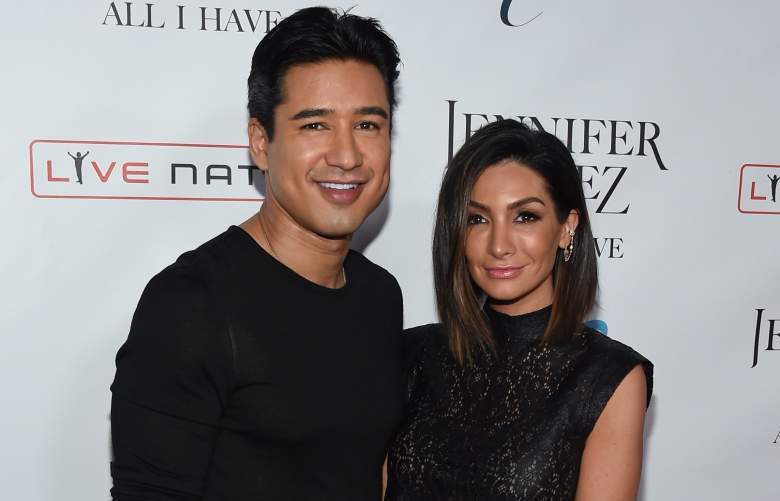 Lopez and his wife Courtney Mazza began dating in 2008.

As Lopez tried to change the subject on Ellen, he clarified that he has to “go over everything with Mrs. Lopez.” He and his wife, Broadway dancer Courtney Mazza, were married in 2012 and have two small children — 5-year-old daughter Gia Francesca and 2-year-old son Dominic.

Taking the job at Live would require him and the family to move across the country from Los Angeles to New York. He lived in New York for five months in 2008 when he was starring on Broadway in A Chorus Line, but has spent the majority of his life living in Southern California, growing up in San Diego before moving to LA. 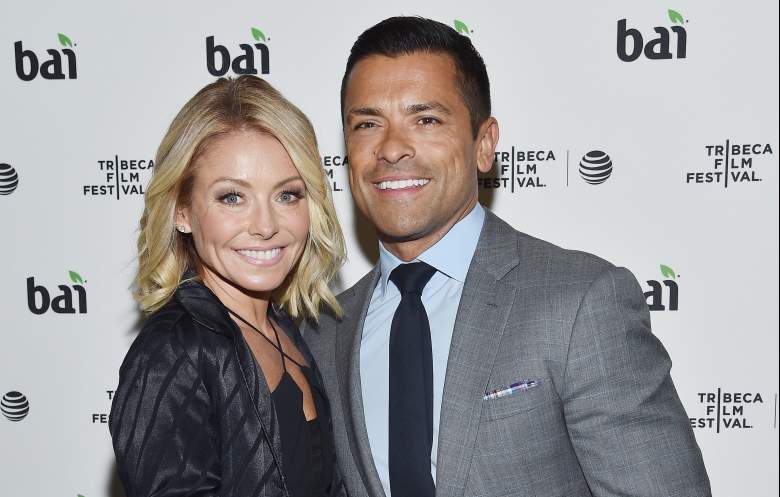 Consuelos has also served as his wifes guest co-host on Live. Getty)

The Extra host also shares a background in soap operas with Ripa and Consuelos, who met while starring on ABC’s All My Children. Lopez recurred on CBS’s The Bold and the Beautiful for four months in 2006.

5. Anderson Cooper Is Also a Serious Contender for the Co-Hosting Job

Ripa may have taken Lopez out of the running as her new co-host already. Her biggest hope is for good pals Anderson Cooper or Andy Cohen to replace Strahan, according to Us Weekly.

Cohen pressed Cooper about joining Live when he guest starred on Watch What Happens Live! on Thursday night. Cooper first answered a viewer’s call-in question by saying Ripa was the heart and soul of that show and wished Strahan the best at GMA. He then said, “Look, I’m very happy at CNN. It would be a dream to work with Kelly, but no one is offering anything.”

Us Weekly also reports that Ripa “is talking about leaving” the show in the wake of how ABC execs handle the announcement of Strahan moving to Good Morning America full time. A source told Us that unless Cooper or Cohen joins her at the desk, “she doesn’t really want to do it.”

Other names being bandied about are Jerry O’Connell and Josh Groban. Seth Meyers will likely fill in after Strahan leaves, but his job as the host of NBC’s Late Night could prevent him from taking the co-host job permanently.

A source told People about future guest co-hosts on Live:

The network does have a long roster of people who will step in to guest host. They’ll do the same thing they did when they found Michael … they’ll rotate a bunch of people in.

Expect to see people like Anderson Cooper, Andy Cohen, Josh Groban and Seth Meyers. They all came on a lot last time and she loved them. She is really close with Anderson and Andy and she loves them. But she’s open to trying a bunch of different people. It was clear she really liked the process last time.