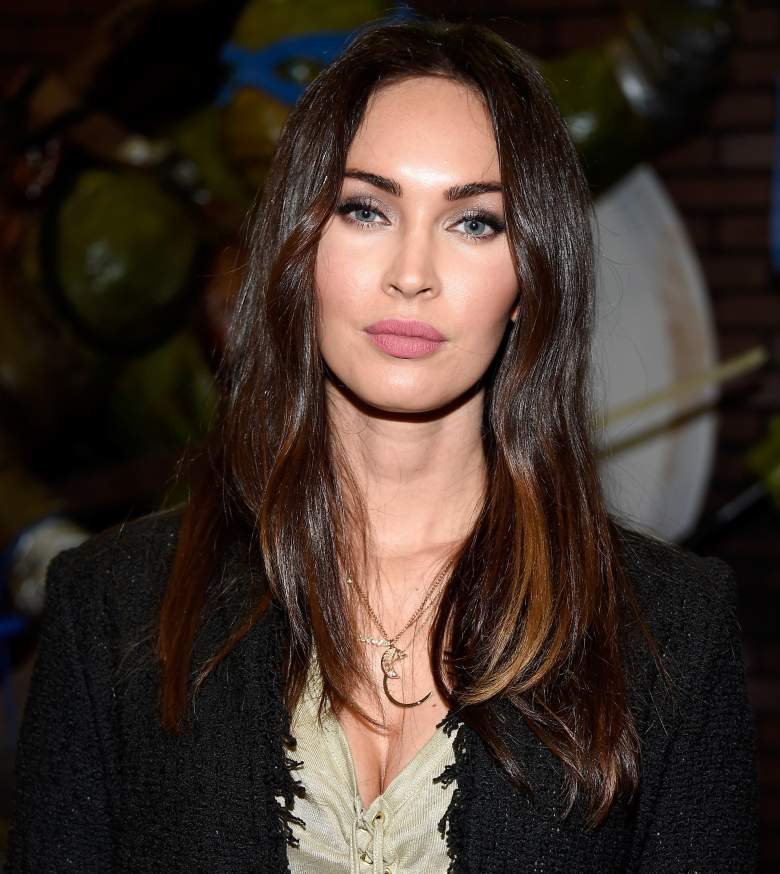 Fox will welcome her third child later this year. (Getty)

Megan Fox is pregnant with her third child. She revealed her baby bump at CinemaCon in Las Vegas on Monday where she was promoting her upcoming movie Teenage Mutant Ninja Turtles: Out of the Shadows.

Fox already has two sons — 3-year-old Noah Shannon and 2-year-old Bodhi Ransom — with her estranged husband, Brian Austin Green. The 29-year-old actress has not confirmed who is the father of her new baby.

Here’s everything you need to know about Fox’s bundles of joy. 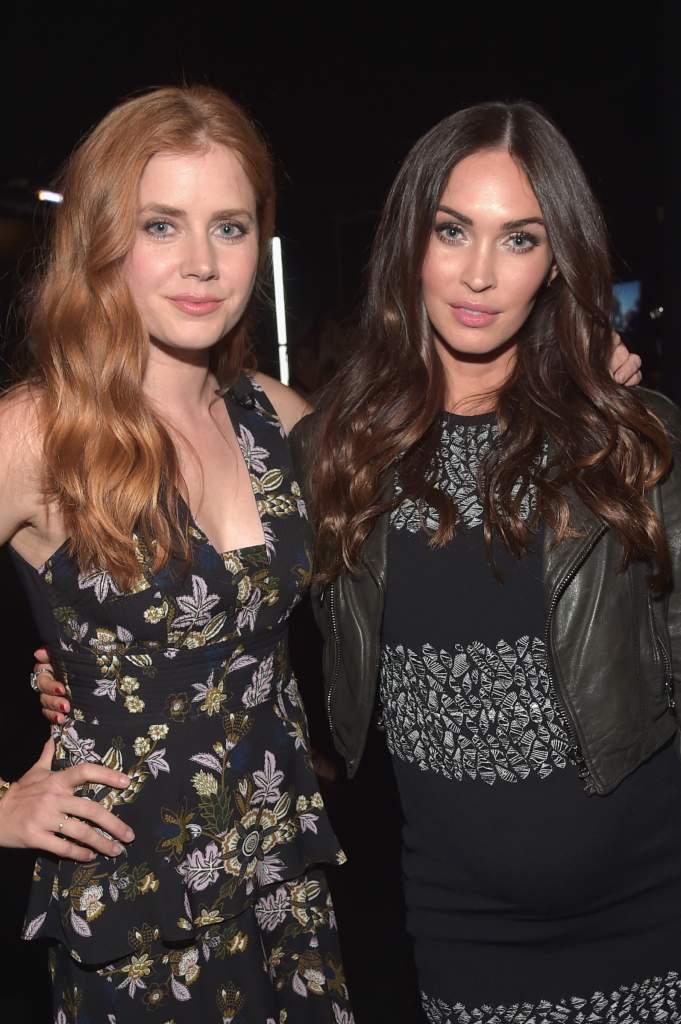 Fox showed off a little bit of a baby bump posing with Amy Adams at the Las Vegas CinemaCon. (Getty)

Fox wore a form-fitting Versace dress that showed off her litle baby bump at the Las Vegas CinemaCon on Monday, according to E! News Her pregnant belly was most noticeable when she and co-star Will Arnett walked on stage to promote their upcoming movie, Teenage Mutant Ninja Turtles: Out of the Shadows.

Fox already has two young children with her estranged husband, Brian Austin Green, and despite their separation, he’s also the father of their third child, according to Us Weekly. The couple stepped out together on Wednesday, walking together in Santa Monica.

She eliminated a few possibilities on Tuesday via Instagram. Using the hashtag #notthefather, she featured photos of her with Arnett, Transformers co-star Shia LaBeouf and Jake Johnson, whose New Girl character Nick she dated when guest-starring on the Fox comedy. 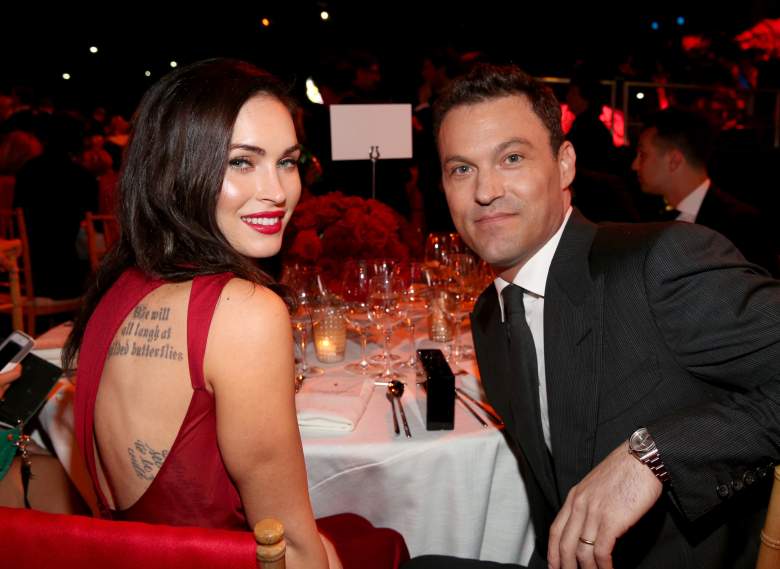 Another real possibility is Green, who she married in 2010 and had been with since 2004. The couple split in August 2015 after not living together for a few months and Fox filed divorce papers citing “irreconcilable differences,” according to People.

Megan and Brian have decided to separate. They will always love each other very much and are devoted to their kids. Anything could happen in the future, but for now they’ve decided it’s best to take some time apart.

She acknowledged the difficulties of marriage in 2014, but still referred to Green as her “soul mate” in an interview with Men’s Health. Fox also said he was “definitely meant to be the father of my children.”

The Transformers star is already a mother to 3-year-old Noah Shannon and 2-year-old Bodhi Ransom. She and Green try to shade their children from the public eye, but have posted a few photos of their boys to social media in the past, including Fox’s pic of Bodhi above and Green with Noah in the pic below.

As Fox started working more, he focus shifted between her career and her kids and Green wanted more of her time than she could give. The situation became “overwhelming” for her, a source told People.

She was overwhelmed with the children and her husband’s expectations, which got in the way of work responsibilities. They had many disagreements and arguments about her time at home, which led to problems.

4. Fox’s Kids Will Not Be Seeing Her Movies Anytime Soon

Fox doesn’t want her children watching any of her movies until they’re older. She keeps them away from most screens including television, iPhones and iPads, but her family does watch Pixar movies and Peter Pan around the house.

“I let them watch some movies, but I don’t let them watch my movies. They’re too grown up,” Fox told People. “My kids are 3 and 2, so they’re not ready to know all that stuff.”

Fox also worries about them joining social media when they get older. “I think it’s detrimental to a child’s self-esteem,” she told E! News. Right now, neither son knows what their mom does for a living, but Fox knows once they get to school that someone will eventually tell them.

They have no idea what I do. Somebody at their school will tell them eventually but then it won’t mean anything because they’ve been around it their whole lives so they’ll be like okay. I’m still embarrassed of my mom.

5. Fox Joked She’s Always Pregnant While Filming And Has to Look Like She’s Not

Fox stars in a lot of action flicks and being pregnant usually doesn’t fit the storyline. The actress joked with People she’s “always in the process of having a baby and looking like I didn’t have a baby.”

It’s tough to eat a healthy diet on a movie set where craft service bombards the stars with many unhealthy options. Fox’s regular meal was a rice cake topped with jelly and almond butter.

“That’s the healthiest thing you’ll find,” she said. “I was training. There was no access to healthy food on the set so I ended up losing weight because I was hungry all the time.”