Tonight’s episode of NCIS sets into motion the events that will play out in the season finale. In the episode “Return to Sender,” Gibbs and his team join forces with his pal Fornell and the FBI to track down two British prisoners, one a former spy, that escape and arrive in the United States via a shipping container.

The CBS drama is also working its way toward Michael Weatherly’s final moments on the show. Weatherly will leave the show at the end of this season and his character, Senior Agent Tony DiNozzo, suffered a bit of an identity crisis in the last episode that will likely play into his decision to make a major life change.

Find out what else is happening in tonight’s episode and what’s in store for the season 13 finale.

NCIS and the FBI Are Searching for Two British Prisoners

When two British prisoners, one a former spy, escape custody and make their way stateside via a shipping container, NCIS and the FBI will have to team up to track them down. Joe Spano will reprise his role as Gibbs’ (Mark Harmon) good friend and FBI Agent T.C. Fornell to assist on the case. Also look for a return visit from Alan Dale, who plays former NCIS director and current Homeland Senior Division Chief Tom Morrow.

The first clues on the case come at a laser tag arena where two dead bodies are found. DiNozzo uncovers a secret room where he finds an empty weapons container and cut cash bands.

The Prisoner Hunt Continues in the Season Finale 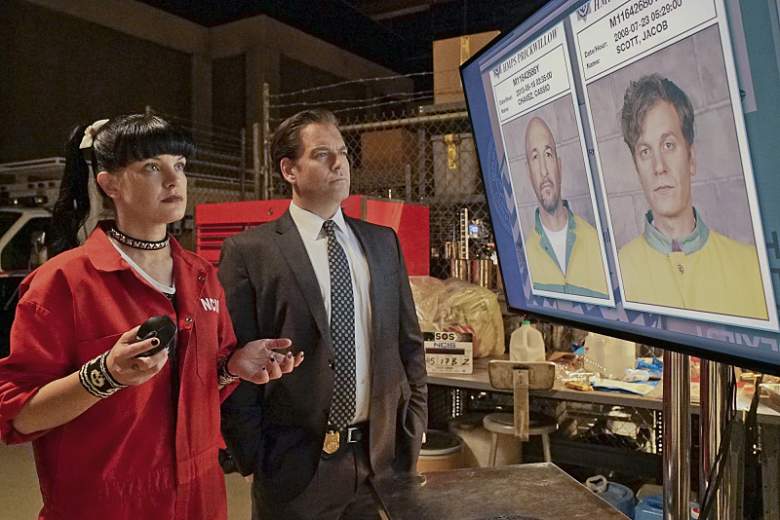 According to the season finale synopsis, tracking down the escaped British spy will become an international manhunt. NCIS and the FBI will team up with MI-6 to stop the spy who is targeting former and current agents.

Could DiNozzo be the next target? The episode titled “Family First” will mark the final appearance by Michael Weatherly before he exits the show after 13 seasons.

Will Tony Reveal the Secret Behind His Luxury Apartment?

McGee (Sean Murray) is searching for a new apartment for him and Delilah (Margo Harshman), but the experience is filled with sticker shock. When he and Bishop (Emily Wickersham) press DiNozzo on how he affords such a nice apartment, which comes with a view, he lets slip that he actually owns the place.

It’s also revealed that DiNozzo has owned the spacious apartment since he was a “probie” agent with NCIS. So how did he afford it? Guesses so far include a loan from his father or a “generous cougar.”

When Will We Meet DiNozzo’s Potential Replacements?

Both actors will guest star in the season’s final two episodes with the possibility of joining the cast full-time in season 14.

NCIS returns with a new episode tonight, Tuesday, April 19 at 8 p.m. on CBS.