The Good Wife returns tonight for its final four episodes and things are not looking for Peter Florrick. “We’re right back where we started,” he laments to Alicia in the promo for this week’s episode, “Landing.”

Once again, Peter is fighting charges of corruption, this time as governor of Illinois, and so far, it looks like his “good wife” Alicia will be standing by his side. It won’t stop her from doing her job, which this week takes her to Toronto with Lucca to represent an NSA agent. Back in Chicago, Diane is overseeing the sale of her husband’s business to a rival business owner, played by guest star Megan Hilty (Smash).

Here’s what you need to know for tonight’s episode.

Alicia Will Not Let the FBI Embarrass Her Husband in Public

The FBI comes knocking at Alicia’s door to arrest Peter, who last episode crawled back to his wife asking for one last favor before he signs the divorce papers. As they shove him out the door, Alicia runs back to her closet and finds him a tie so he looks somewhat presentable to the cameras outside her door. She also drapes a coat over his handcuffed wrists.

AUSA Connor Fox (Matthew Morrison) warns Alicia this isn’t a photo op as she puts on Peter’s tie, but she fires back, “You will not embarrass my husband.” She then assures Peter, “We’ve been through this. We’ve handled worse.”

The Good Wife nabs Smash star Megan Hilty as one of its final guest stars. She plays Holly Westfall, the owner of PGT Ballistics and a rival business owner of Diane’s husband, Timothy McVeigh (Gary Cole). He is retiring and looking to sell his ballistics business to Holly.

The deal may hit a snag when Holly sits down with Diane and her partner, David Lee, to discuss the offer. She first introduces herself as Timothy’s “friendly competitor” and one of his first students, “his favorite as he’s constantly reminding [her].” David tries to give Diane an out, but she chooses to stay and listen to Holly, who makes less than subtle digs at Diane’s age.

Alicia and Lucca Head North of the Border 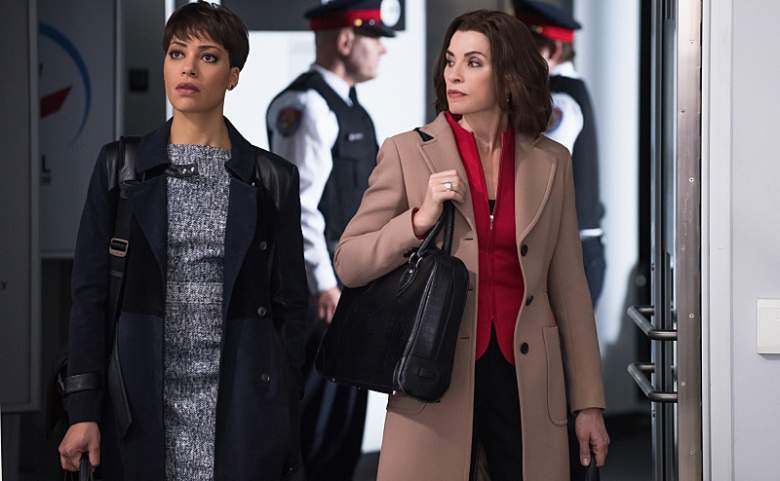 Lucca and Alicia travel to Toronto for their next case, representing former client and NSA agent, Jeff Delinger. (Jeff Neumann/CBS)

For the case of the week, Alicia and Lucca travel to Toronto to represent an NSA agent detained by customs officers while he attempted to re-enter the United States. It’s no surprised Alicia is called, because the NSA agent is Jeff Delinger, her former client who also helped her on a case earlier this season. 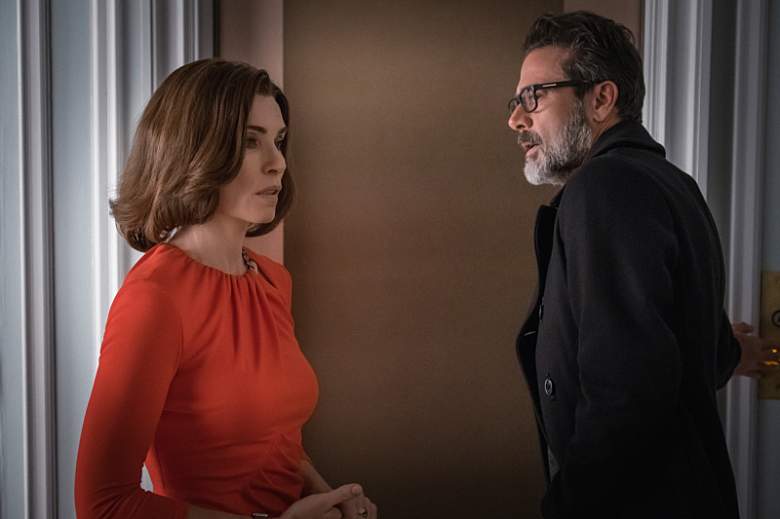 Is Jason breaking up with Alicia? (Jeff Neumann/CBS)

Between Toronto and Peter getting arrested, Alicia’s busy schedule may keep Jason out of the picture this week. The photo above from next week’s episode shows he may already have one foot out the door (or in the elevator). 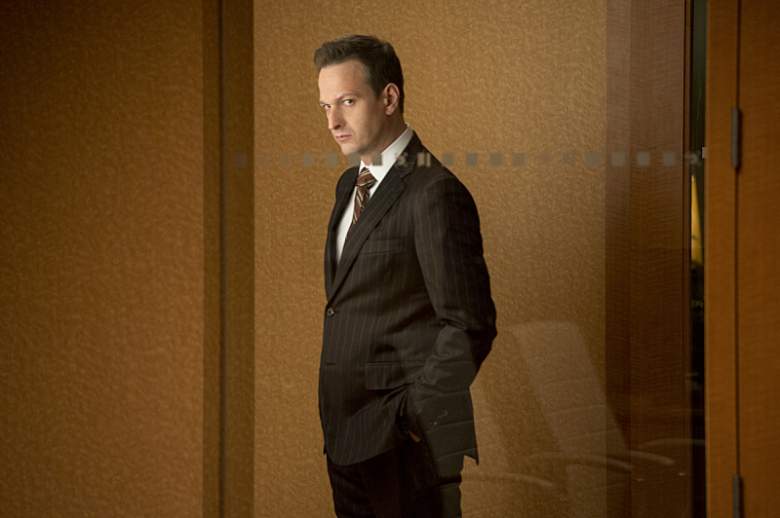 Josh Charles may reprise his role as Will Gardner in a flashback sequence during the series finale. (David Giesbrecht/CBS)

It doesn’t get more dramatic than a visit from the dead. Okay, so Josh Charles isn’t coming back as the ghost of Will Gardner, but TVLine reports that Alicia’s former lover will return in the series finale in a new flashback sequence.

Charles was killed off (by request) in the 15th episode of season five and made his final appearance in the next episode in a series of flashbacks. He wasn’t gone for long, at least not on set. He returned a few episodes later to direct, his third time behind the camera for the show.

CBS teased The Good Wife will reach its “dramatic conclusion” in the series finale scheduled to air on Sunday, May 8 at 9 p.m. 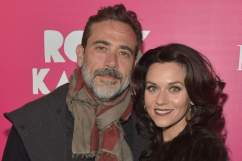