Tonight was an unbelievable series finale with viewers bidding farewell to American Idol. Winners and past contestants appeared to perform live on stage, former judges gave their blessings, and original co-host Brian Dunkelman stopped in to give Ryan Seacrest a hard time. But, what was the biggest moment on the show was when the final winner was named the last ever American Idol.

And the final winner of American Idol is … Trent Harmon. Upon hearing the news, Harmon broke down crying and said it was La’Porsha Renae who pushed him to work so hard to become the American Idol. When he started to perform his single, he just couldn’t do it by himself and urged his fellow contestants from the season to back him up on stage. Harmon’s family then joined the judges at their table to watch Harmon perform up close.

Trent Harmon and La’Porsha Renae both hail from Mississippi, Harmon a farm boy and Renae a single mother. The two have battled their way to the top and have remained level-headed on each of their Idol journeys. They are each worthy of the title of American Idol.

On tonight’s finale, performances were given by dozens of stars from all 15 seasons of the show. Jennifer Lopez’s performance of “Let’s Get Loud” and her new single “Ain’t Your Mama,” brought the house down.

The usually sarcastic Cowell gave a heartfelt speech and thanked the show as well as America for its love over the years. Of course, the tension was broken when William Hung jumped out onto the stage performing a very off-key “She Bangs” by Ricky Martin.

Though only one contestant was named American Idol, both contestants received a Ford Fusion as a gift. 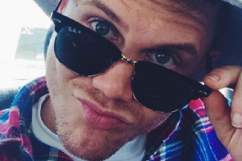 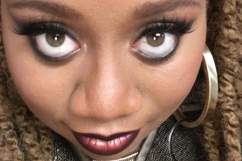