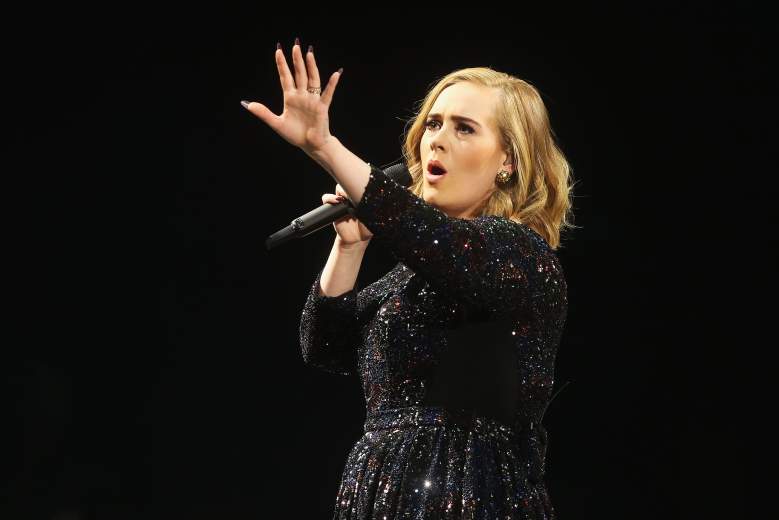 Adele has built her empire upon her impressive vocal talents. (Getty)

Other artists have talked a big game about not allowing their music to stream, but Adele backed it up when she released her third studio album, 25. She made the album only available for sale (or download) and it paid huge dividends.

Adele sold 3.38 million copies of 25 in its first week, the largest single-week sales since Nielsen Music starting tracking point-of-sale music purchases in 1991. The album has surpassed 18 million copies sold worldwide as of May 20, according to Forbes.

The 28-year-old artist boasts a net worth of $125 million, according to Celebrity Net Worth. She could bolster that number if she signs a record-breaking £90 million ($100.98 million) deal with Sony in the next few weeks, according to the Mirror.

Here’s how she’s spending and making her money. 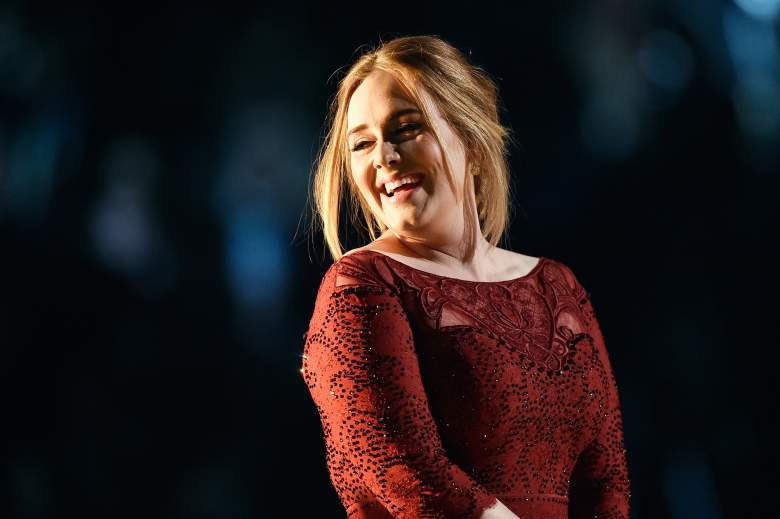 Digital music sales and streaming services have all but devastated the recording industry. Music fans are no longer buying physical copies of albums, opting to buy single or stream single songs. Adele single-handedly turned things around when she released 25 on November 20, 2015.

Following Taylor Swift’s lead, Adele chose not to release her latest album on streaming services such as Spotify, Tidal and Apple Music. Fans had to purchase a physical copy or download a digital copy of 25, although her singles “Hello,” “When We Were Young” and “Send My Love (To Your New Lover) are available for streaming. Adele believes “music should be an event” and was proud to keep her new album off streaming even if it had flopped, she told Time.

For me, all albums that come out, I’m excited about leading up to release day. I don’t use streaming. I buy my music. I download it, and I buy a physical [copy] just to make up for the fact that someone else somewhere isn’t. It’s a bit disposable, streaming. I know that streaming music is the future, but it’s not the only way to consume music. I can’t pledge allegiance to something that I don’t know how I feel about yet.

Swift pulled all her music from Spotify in late 2014. Her music is still available to stream on Tidal except for her latest album, 1989. Adele kept her earlier albums, 19 and 21, streaming on Spotify, but praised the “Shake It Off” singer for taking a stand. She told Time:

It was amazing. I love her—how powerful she is. We’ll get lumped together now because of it, but I think we would both feel the ability to say yes or no to things even if we weren’t successful.

3. Adele Won an Oscar for Her James Bond Theme ‘Skyfall’

Adele has earned more than 200 nominations and won 105 awards over the course of her career. In 2012, she became the second woman after Beyoncé to win six awards in one night for her work on the album 21. She has received a total of 10 Grammys and is only the second performer to win Best New Artist, Album of the Year, Record of the Year and Song of the Year in their career.

Another big moment for Adele came in 2013 when she won every major award for her song Skyfall, featured in the 2012 James Bond movie of the same name. She received an Academy Award with her writing partner and producer Paul Epworth for Best Original Song as well as the Golden Globe for Best Original Song (when she gave Bond star Daniel Craig an adorable high-five), the Grammy for Best Song Written for Visual Media and the Brit Award for Single of the Year.

4. She Has Two Homes in England and Is Searching for a Place in Los Angeles

Adele had an offer on this ocean-front Malibu home, but has not found her winter getaway in sunny L.A. yet. (TheMLS.com)

Adele hasn’t adopted an extravagant lifestyle since finding fame with 21, but she has purchased a few big properties on both sides of the Atlantic. She spends much of her time in the mews house that she bought in Kensington, West London for £5.65 million ($6.34 million) in 2012 and bought the home next door in 2014 for £5.38 million ($6.04 million) with plans to connect the two, according to the Daily Mail.

The best-selling artist also spent much of last year house-hunting in Los Angeles, a getaway place during the cold English winters. She looked at places in the Pacific Palisades, the Outpost Estates (where many celebrities live) and on the cliffs of Malibu, according to Variety. Adele previously leased a home in Beverly Hills around 2013.

5. She Signed Her First Recording Contract Straight Out of High School

Adele graduated from the BRIT School for Performing Arts and Technology in 2006 and immediately signed with the indie label XL Recordings, thanks to a demo her friend posted on MySpace, according to Rolling Stone. Pop artists Leona Lewis, Jessie J, Amy Winehouse, Katie Melua and Kate Nash also attended the BRIT School.

XL Recordings has nurtured Adele through her first three album, but she may be closing in on signing a massive deal with Sony. She could sign the deal for £90 million ($100.98 million), the biggest deal offered to a British musician by the company, in the next few weeks, according to the Mirror.

A Sony source told The Sun (via Mirror):

We have secured the biggest music star in a generation. This is massive. Adele’s deal with her original label XL expired and we’d an existing relationship with her in America. The deal is being worked on by our Columbia label in the US, but is worth £90million and gives Sony the rights to release her future music exclusively around the world.