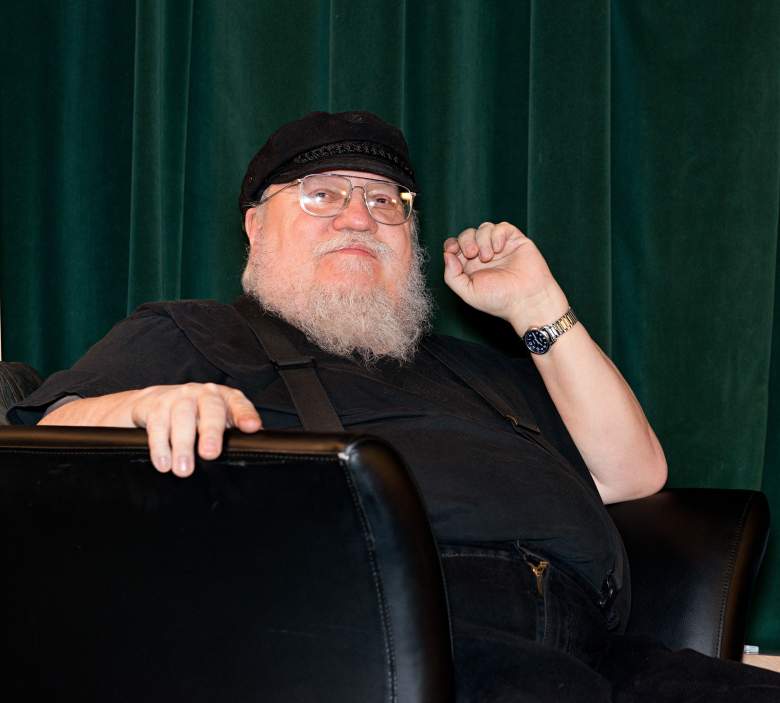 Today, Game of Thrones fans at the Balticon convention were treated to a brand new reading from George R. R. Martin’s unfinished book, The Winds of Winter.

Given the choice between three chapters, the fans chose one about Damphair Greyjoy, the priest of the Drowned God. Fans were also given the option to hear a chapter about Mercy (Arya Stark’s alter ego) or some ancient history of Westeros called “Sons of the Dragon.” When fans screamed loudest for the Damphair chapter, George sent the children out of the room and said, “The Greyjoys have it – you sick motherfuckers.”

While we have yet to locate a recording of the reading, several fans have combined their notes to provide us a rough outline of what was read. You can read that, in all it’s gorey detail, here.

Be warned, this is heavy stuff. Show watchers believe that Ramsay Bolton is the most sick and twisted character in the series. Book readers know that Euron Greyjoy, prominent in this chapter, gives Ramsay a run for his money. If you have any human emotions at all, this chapter will be deeply disturbing.

If we can locate a recording of today’s reading, we’ll link to it here. In the meantime, you can read this fan-created summary.

And a shorter version can be found here.

Still hungering for more Winds of Winter? Check out this link to read all the other chapters that Martin has released so far.