Chris Evans suits up again as Steve Rogers aka Captain America in the latest Marvel movie, Captain America: Civil War. He has worn the stars and stripes seven times so far in the Marvel Cinematic Universe and this time he will go toe-to-toe with his former ally, Tony Stark aka Iron Man.

Before he was saving the world as Captain America, Evans made his name playing another Marvel superhero, Johnny Storm in Fantastic Four (2005) and Fantastic 4: Rise of the Silver Surfer. In between his big screen comic book adventures, the 34-year-old actor has perfected his craft in indie films and made his directorial debut with 2014’s Before We Go.

He has an estimated net worth of $40 million, according to Celebrity Net Worth. He made $300,000 in the first Captain America movie.

1. Evans Initially Turned Down the Role of ‘Captain America’

Evans initially turned down the opportunity to wear the red, white and blue for Marvel. He hesitated signing a long-term contract because he didn’t want to get locked into a character that he might later dislike. He told Jimmy Kimmel last month:

I was scared because at first it was a nine-picture contract, and there are parts of me that have a little bit of social anxiety with this industry. Doing movies one at a time, if all of a sudden you decide you don’t want to do them anymore, you’re afforded the opportunity to take a step back and recalibrate. When you have a giant contract, if all of a sudden you’re not responding well, too bad, you gotta suit up again. That was scary.

Evans eventually talked it over with his friends and family and got over his fears. He’s currently under a six-movie contract with Marvel and has completed five films (plus a cameo in Thor: The Dark World), according to Den of Geek! His sixth film will be one part of the two-part Avengers: Infinity War.

The Boston native has gone back and forth on whether he plans to continue playing Cap after his contract expires. He told Comic Book Resources this month that he wants to keep going.

I say, ‘Keep going. Let’s keep going. Let’s let the wave get bigger and bigger.’ It’s not stopping. It’s not like they’re making bad movies. They’re making great movies… Especially the Russos, they ground them in such an authentic way. It’s real humans, real struggles, real conflict, good cinematic storytelling with, like, a streak of superhero flavor in it. So I say, keep going. If you can keep doing it, keep doing it.

2. He Started His Acting Career in School Plays and Community Theater Productions

Evans was born in Boston, Massachusetts on June 13, 1981. He and his family moved to the suburban Sudbury when he was 11 years old. Evans’ father, G. Robert Evans III, is a dentist and his mother, Lisa Capuano Evans, is the artistic director at the Concord Youth Theater. His mother as well as his older sister Carly influenced him to start acting when he was only in first grade.

He started performing in school plays and regional theater, eventually moving to New York after high school and attending the Lee Strasberg Theater Institute. He finally got his foot in the door when he interned at a New York casting agency and convinced one of the agents to sign him as a client, according to Variety. His first movie roles included Not Another Teen Movie and Cellular co-starring Kim Basinger.

“It didn’t really go anywhere,” Evans told Variety of his film with Basinger. “That’s when you start to realize just because you’re the lead in a movie, that doesn’t mean you have a career.”

3. His Films in the Marvel Cinematic Universe Have Grossed More Than $4 Billion

Evans made about $7 million for Avengers: Age of Ultron.

The Captain America franchise stumbled out of the gate, but Evans’ soon found great fortune with the superhuman character. His debut in Captain America: The First Avenger brought in only $370.5 million worldwide, the second-lowest box office for a Marvel movie.

The next Captain America solo film fast-forwarded to modern day and nearly doubled The First Avenger‘s worldwide gross, earning $714.4 million. Evans followed up with a return to the Avengers franchise in Avengers: Age of Ultron, which grossed 1.4 billion, the second highest-grossing Marvel movie.

Evans’ also earned a substantial salary bump from Captain America: The First Avenger to Avengers: Age of Ultron. He earned $300,000 for the former and roughly $7 million for the latter, according to Movie Pilot.

His latest Marvel film, Captain America: Civil War, grossed $25 million on the Thursday night before the official May 6 premiere date.

4. Evans Modeled as ‘Tyler’ for the Mystery Date Board Game 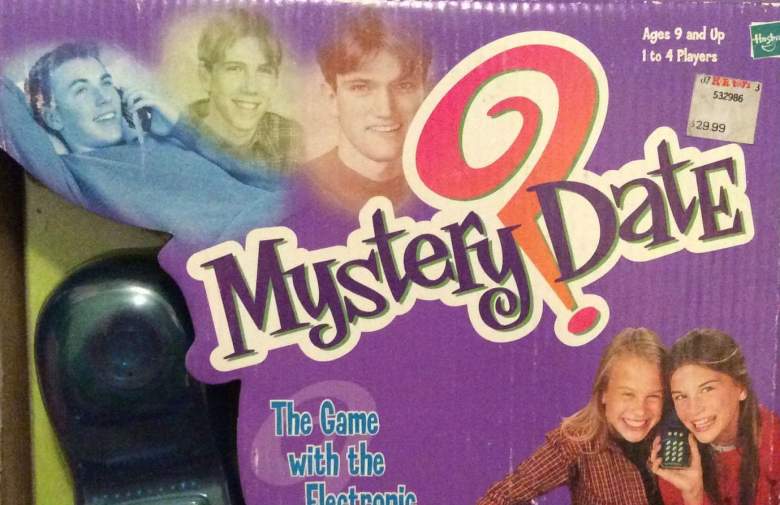 Evans was seen in the top right corner of the box talking on the phone. (ebay.com)

Breaking into show business can be tough and in 1999, Evans supplemented his income with a modeling gig for the Hasbro game, Mystery Date. He portrayed the potential date, “Tyler,” for the special edition board game. He appears on the box talking on an oversized flip phone and holds a surfboard on the Tyler playing card.

According to the card, Tyler’s ideal date was “walking around some cliffs and then hanging around a bonfire.” AskMen confronted Evans about his mysterious past while he was promoting Avengers: Age of Ultron with his co-star Jeremy Renner. He joked that his character enjoyed “surfing, hanging out with friends, barbecuing and talking on the phone,” while Renner added, “and Oxycontin.”

5. Chris Evans Donates His Time and Money to Christopher’s Haven in Boston

Evans’ favorite charity is Christopher’s Haven, which offers apartments and a community area for families whose children are being treated for cancer at Massachusetts General Hospital and other nearby Boston hospitals. The organization began in 2006 and has helped more than 300 families, according to its website.

For the 2015 Super Bowl, Evans bet fellow Marvel star, Chris Pratt, to dress up as his character Star-Lord from Guardians of the Galaxy for the kids at Christopher’s Haven if his beloved Seattle Seahawks lost to Evans’ favorite team, the New England Patriots. If the Seahawks won, then Evans had to dress up as Captain America and visit a local children’s hospital in Seattle.

Evans won the bet and accompanied Pratt, dressed as Star-Lord, to Christopher’s Haven. The Captain America star was nice enough to still dress up as his Marvel character for kids at Seattle Children’s Hospital about a month later. He tweeted after his visit, “Met some TRUE super heroes! Feeling inspired, blessed, touched. Thank you w all my heart.”

Ellen DeGeneres recently surprised Evans with a check for $10,000 for Christopher’s Haven courtesy of Shutterfly. Watch the mad dance skills that earned him the generous donation in the video above.