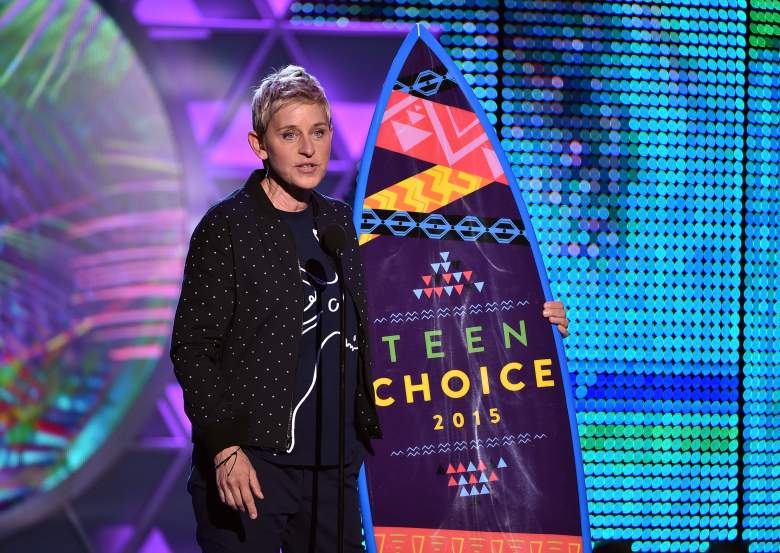 Ellen Lee DeGeneres was born in Metairie, Louisiana, in 1959. (Getty)

Ellen DeGeneres is one of the most recognized faces in show business. The 58-year-old comedian is best known for her talk show, The Ellen DeGeneres Show, but has been performing stand-up since the early 1980s. The Louisiana native has a reported net worth of $345 million, and an annual salary of $70 million. What does she spend her money on? How much does she make from her show? 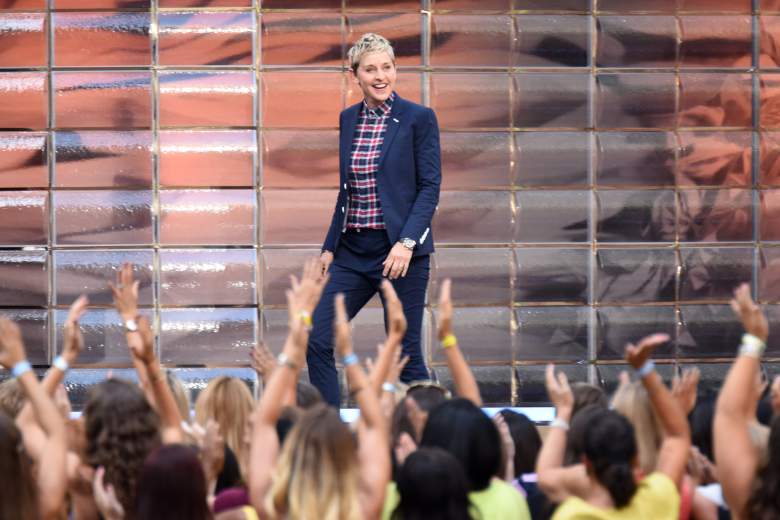 DeGeneres has a reported net worth of $345 million. (Getty)

According to Forbes, Degeneres’ salary is $63 million, though it has increased rapidly over the past few years. At $63 million, Degeneres is making $5 million monthly, $1.2 million weekly, and $220,000 daily, writes The Richest. Earlier this year, she won her 16th People’s Choice Award. As of 2013, Ellen’s show had garnered 4.4 million total views.

According to About Entertainment, Degeneres makes more money than any other daytime TV talk-show host.

2. She Used to Sell Vacuum Cleaners

DeGeneres wasn’t always making the big bucks. As a young adult, the talk-show host held a variety of jobs, including a bartender, a paralegal, a vacuum cleaner saleswoman, a TFI Fridays waitress, and an oyster shucker.

DeGeneres began performing comedy at a local coffeehouse at age 23. Her big break came in 1986 after being seen by a booking agent at an improv show in Hollywood. She made an appearance on The Late Show with David Letterman, which led to spots on The Oprah Winfrey Show, The Tonight Show with Jay Leno, and Good Morning, America.

According to About Entertainment, DeGeneres had a “fairly typical childhood”, and was raised in New Orleans and Atlanta, Texas. She attended the University of New Orleans, where she intended on majoring in communications, but dropped out after one semester. Ellen did clerical work for a law firm while garnering her passion for comedy.

3. She Wrote a Book About House Flopping 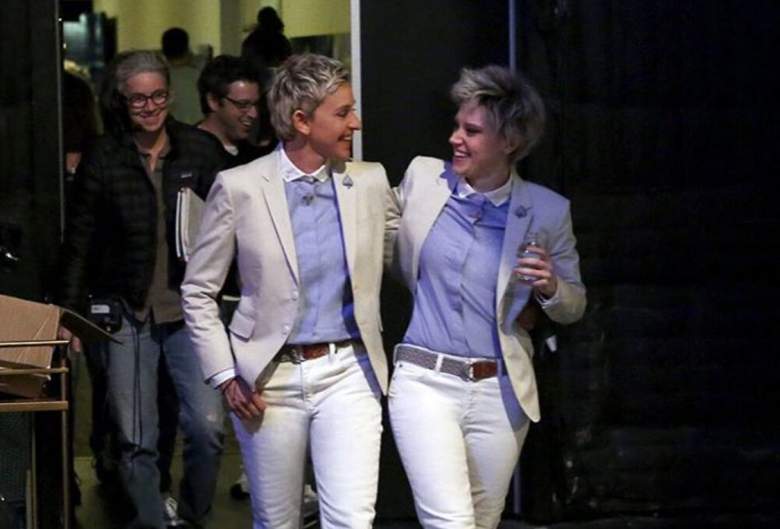 Kate McKinnon is famous for her impression of DeGeneres on SNL. (Instagram/theellenshow)

How does the hysterical talk-show host spend her money? Well, in 2004, DeGeneres spent $39.8 million on a mansion in LA called the Brody House. The home is 13,511 square feet, sits on 2.3 acres, and has six bedrooms. It is also next to the Playboy Mansion, which Hugh Hefner rents for anywhere between $70,000 and $1.4 million each year.

Over the last 25 years, DeGeneres has bought and renovated nearly twelve homes. She’s passionate about designing, and thought she wanted to be an interior decorator growing up. According to Curbed, the 58-year-old is a prolific real estate and decor aficionado, and her book features ideas and tips for creating your dream home. 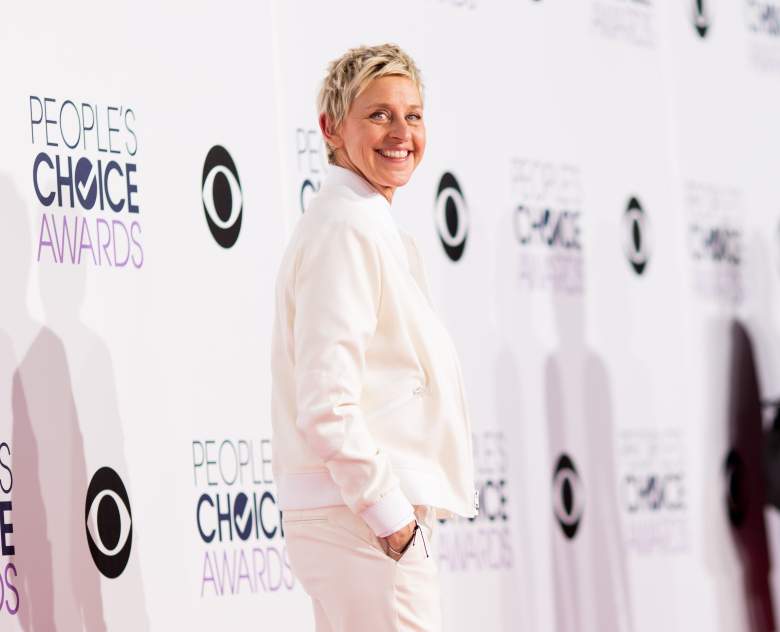 Ellen DeGeneres’ mother was a speech therapist, and her father was an insurance agent.
(Getty)

In 2009, DeGeneres was sued over copyrights. Record labels from four major companies came forward and claimed that DeGeneres’ “dance over” segment (when Ellen dances through the audience at the beginning of the show) used over 1,000 songs without paying for licenses. According to Rolling Stone, when the show’s producers were asked why they never asked for permission to use the songs, they said they didn’t “roll that way.” The lawsuit was filed in Nashville, Tennessee, by Warner Music Group, Sony Corp’s Sony Music Entertainment, Vivendi SA’s Universal Music Group, and EMI Group. According to CBC, DeGeneres was not directly named in the suit. 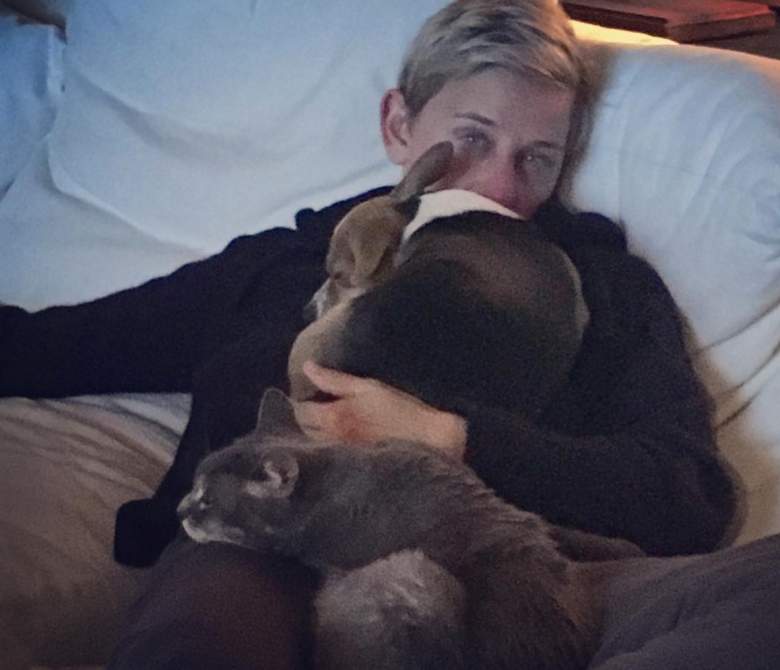 DeGeneres and her wife, Portia de Rossi, are huge animal lovers. Together, they have three cats and three dogs, though they spend a good amount of time with horses, too. In 2013, DeGeneres donated $25,000 to stop anti-whistleblower legislation in Tennessee. The money she donated was used to prevent undercover investigators from recording animal abuse on farms.

DeGeneres is a vegan and coordinates a vegan outreach website called Going Vegan with Ellen. In 2009, she was named Woman of the Year by PETA. She also served as a campaign ambassador for the Adopt-A-Turkey Project. In 2014, DeGeneres organized the Oscar gift bags so that they contained a 10,000 meal donation from her all-natural pet food company, Halo. 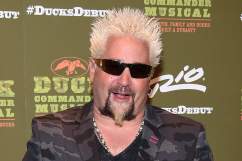 Guy Fieri Net Worth: 5 Fast Facts You Need to Know