Is Undercover Boss on TV tonight or did its season 7 finale already air? According to the show’s press site, tonight should be the finale episode of the season, but there is no trace of the finale on TV tonight, according to the television’s Guide function. Have a look at the photo of a press release below, where the listed finale date is May 29, 2016.

Tonight’s finale episode was supposed to focus on AdvantaClean Systems, Inc. A repeat episode from February 20, 2015 during season 6, however, is what is supposedly going to air. This episode focuses on Vivint, Inc. and its CEO Todd Pedersen.

Last week was a back-to-back showing of Undercover Boss, so perhaps the series chose last week to end the season because of this weekend’s Memorial Day holiday.

Whatever the case, fortunately, the series has been renewed for another season as Premiere Date TV reports that a season 8 has been okay’ed by the network.

The show generally airs on Sundays at 8 p.m. ET/PT, but we will have to wait until 8 p.m. ET/PT to see if CBS or the television’s Guide is incorrect.

There has been no additional information provided on the official CBS website or the social media profiles of the series. 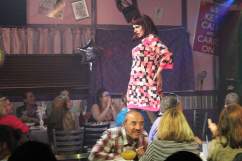