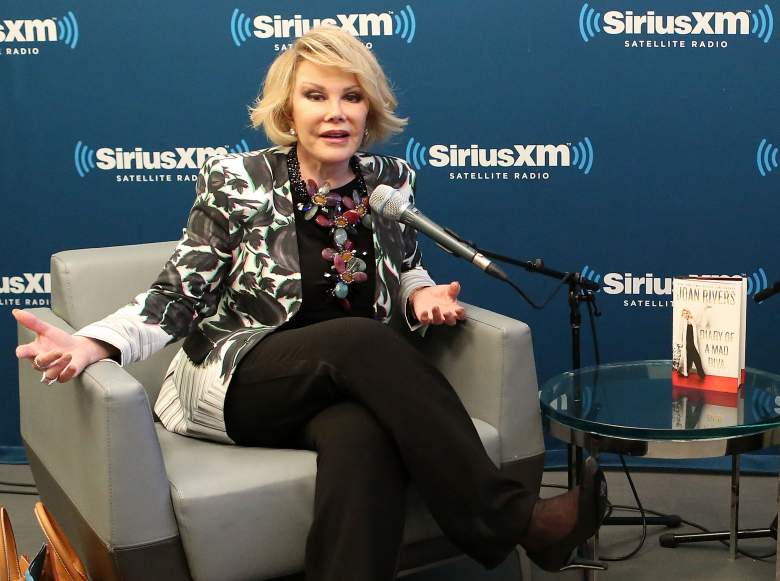 Over a year after legendary comedian Joan Rivers died following a botched throat surgery, many of Rivers’ most precious belongings will go up for auction at Christie’s. This will give her fans and admirers an opportunity to own a piece of her art and jewelry, while also making a contribution to charity.

The auction will start only a few weeks after her daughter, Melissa Rivers, announced on May 12 that she had reached a settlement with the clinic responsible for her mother’s death. Rivers, who was 81 at the time of her death, was one of America’s most beloved comedians and television personalities.

Rivers’ death came after a series of human errors and mistakes at an outpatient surgical facility.

Here’s what you need to know about Rivers’ death and the upcoming auction:

1. Rivers Died After a Routine Procedure 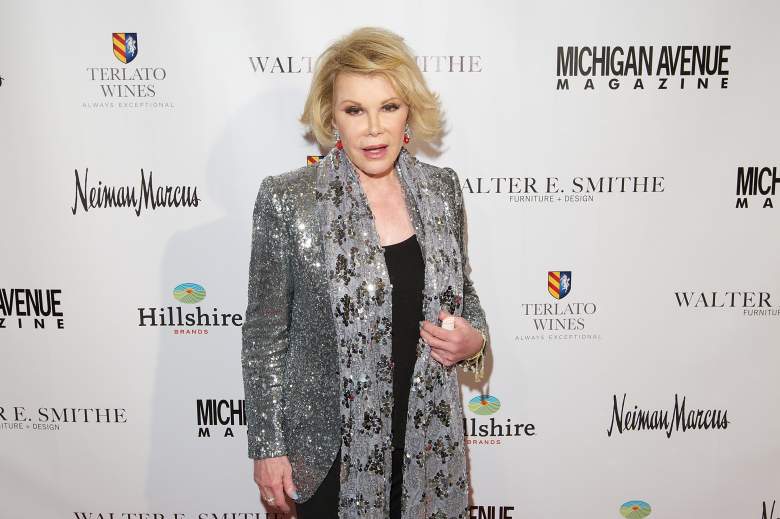 In late August 2014, Rivers went to Yorkville Endoscopy in Manhattan for what should have been a routine procedure. However, she stopped breathing and suffered a cardiac arrest during the procedure. She was then rushed to Mount Sinai Hospital. She died on Sept. 4. The New York State Department of Health then launched an investigation into the clinic. According to CNN, the investigation found that Rivers had a laryngospasm – a spasm of the vocal cords – during the procedure.

During the investigation, CNN learned from a source that a staff member at the clinic told investigators that a doctor took a selfie with Rivers while she was under anesthesia. The source also told CNN that after gastroenterologist Dr. Lawrence Cohen finished the procedure, a biopsy was completed without Rivers’ consent. To make matters worse, the specialist who did the biopsy was not legally certified by the clinic.

2. Melissa filed her lawsuit in January 2015

Melissa Rivers: Joan Rivers' Death Was ‘100% Preventable’ | TODAYMelissa Rivers, daughter of the late comedy legend Joan Rivers, sits down with Matt Lauer to describe what she says led to her mother’s death. » Subscribe to TODAY: on.today.com/SubscribeToTODAY » Watch the latest from TODAY: bit.ly/LatestTODAY About: TODAY brings you the latest headlines and expert tips on money, health and parenting. We wake up…2015-05-04T19:47:48.000Z

Melissa Rivers, Rivers’ only child, filed a lawsuit against the clinic in January 2015. In a statement at the time, she accused the clinic of being incompetent and disrespectful to her mother.

“Filing this lawsuit was one of the most difficult decisions I’ve ever had to make. What ultimately guided me was my unwavering belief that no family should ever have to go through what my mother, Cooper and I have been through,” Melissa said in a statement to E! News. “The level of medical mismanagement, incompetency, disrespect, and outrageous behavior is shocking and frankly, almost incomprehensible.”

Even at that time, Melissa said that this cannot happen to anyone ever again.

In her statement on May 12, Melissa wrote on her WhoSay account that the doctors at the clinic have taken responsibility for their role in her mother’s death. She now has a new cause: making sure that outpatient surgical clinics are held to higher standards. Melissa wrote:

“The lawsuit concerning my mother’s death has been settled. In accepting this settlement, I am able to put the legal aspects of my mother’s death behind me and ensure that those culpable for her death have accepted responsibility for their actions quickly and without equivocation. Moving forward, my focus will be to ensure that no one ever has to go through what my mother, Cooper and I went through and I will work towards ensuring higher safety standards in out-patient surgical clinics. I want to express my personal gratitude to my legal team for their wise counsel and prompt resolution of this case.”

Melissa did not reveal the details of the settlement.

3. Rivers Left Behind a $150 Million Fortune 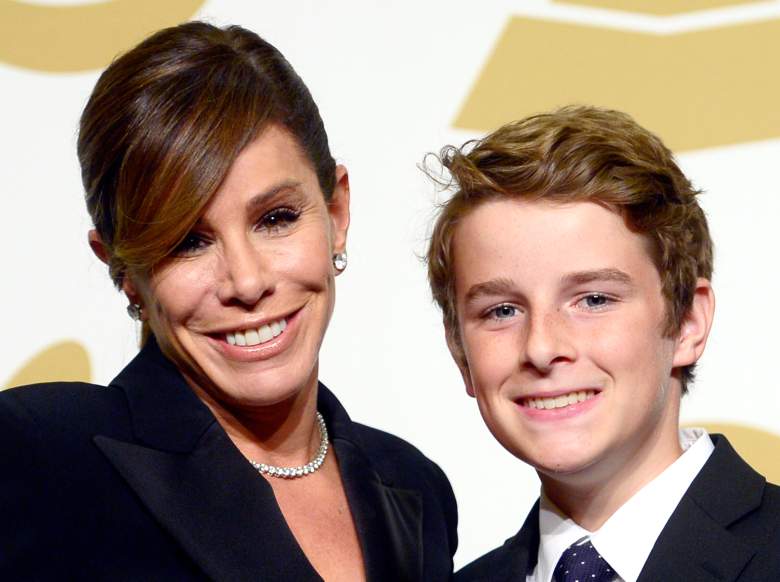 After Rivers’ death, the Daily Mail reported that she left Melissa and her grandson Cooper an estimated $150 million fortune. Rivers was clearly not only a comedy genius, but a business one as well. She earned $40 million a year and made $1 billion in profits just from her deals with QVC over 24 years.

Mostly everything Rivers had went to Melissa and Cooper, although she made sure that her rescue dogs were taken care of. In a Wall Street Journal interview in February 2014, Rivers called herself the “Angelina Jolie of barkers.”

4. Proceeds From the Auction Will Go to 2 Charities 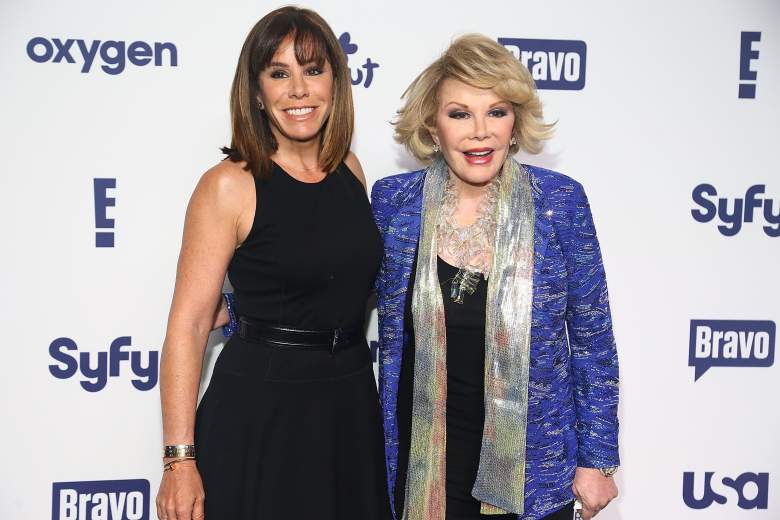 Christie’s in New York announced the auction on May 19, confirming that portions of the proceeds will go to two charities. The first is God’s Love We Deliver, which helps provide food to people with serious illnesses.

The second charity represents Rivers’ love of dogs. Guide Dogs For The Blind helps match the deaf and blind with a guide dog, helping them to live a better life. 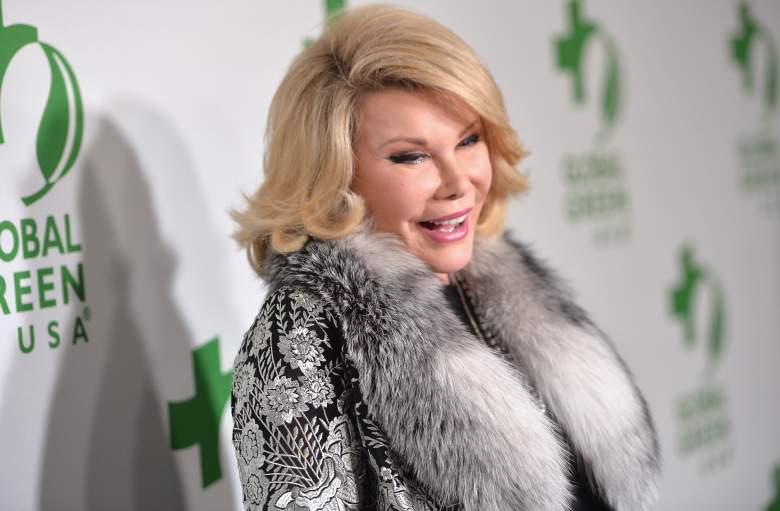 The auction will be held both online and at Christie’s, with 200 lots offered during a live sale on June 22. Around 80 remaining lots will be available online. The objects show off Rivers’ humor and her love of art, and her beloved Fabergé pieces.

One of the priciest pieces of the collection is a painting by Edouard Vuillard titled Dans l’atelier from 1915. Christie’s expects it to sell for between $120,000 and $180,000. Another piece is a dog bowl by Tiffany & Co. for Rivers’ dog Spike that is expected to sell for between $500 and $800.

If you’re still interested in seeing pieces from the collection, Christie’s will have it on public display from June 17 to June 22.