Chip and Joanna Gaines are the couple behind HGTV’s hit-series, Fixer Upper. The dynamic duo married in 2003, and together own a store called Magnolia Markets in their home of Waco, Texas. They also run a construction business, Magnolia Homes, where Chip focuses on the construction side of things, and Joanna focuses on the design.

Want to know more about the couple that is “making Waco beautiful one home at a time“. Read on.

1. They Don’t Have a TV in Their Home

Sweats, house shoes, and fresh flowers on this lazy Saturday… All I need is some fresh cookies @kellyepeters and I'm set. #frumpyfeelsgood #neighborperks

When Joanna and Chip first got married, their pre-marital counselors challenged them to refrain from buying a TV for the first six months of their marriage. They stepped up to the challenge, and once the six-month mark rolled around, Joanna asked Chip if he was willing to go for another six months. Joanna tells Glamour, “… it just became one of those things where, 12 years later, we still don’t own one.” Fortunately, they have chickens, cows, goats, and horses on their farm to provide some entertainment!

2. They Have Four Kids

The best birthday surprise was waking up to the most amazing bkfst and a room full of all my favorite superheroes. @chippergaines

Chip and Joanna have two girls, Ella and Emmie, and two boys, Duke and Drake. Joanna’s Instagram is cluttered with pictures of the couples cute kids, often showing them playing with animals on their farm. She tells HGTV, “They love being outside, they love farm animals, and they are sure to always keep things interesting around here.”

Joanna jokes, “Having Chip is like having a whole set of triplets… You think when he’s out there with the kids, he’s telling them what NOT to do, but he’s encouraging them to shoot at the house… at a wasp nest!” Chip retorts, “No, it’s just that I’m encouraging them. I’m an encourager.”

Chip and Joanna both graduated from Baylor University, even though they didn’t meet at the school. In 2015, they were honored as ‘The Alumni of the Year’, which gives its award to “graduates who have demonstrated remarkable achievement in the previous year.”

Chip graduated in ’98, and Joanna in ’01, but they didn’t officially meet until 2001. They were married in 2003, and soon-after founded their business, Magnolia Market. 17 of the 26 episodes of Fixer Upper feature Baylor alumni, and the university says they are proud that Chip and Joanna have committed to flipping houses within the Waco area. 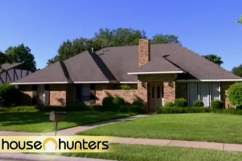 Is House Hunters Real or Fake? 5 Fast Facts You Need to Know

4. Chip Fell in Love with Joanna Because of a Photo at an Auto Repair Shop 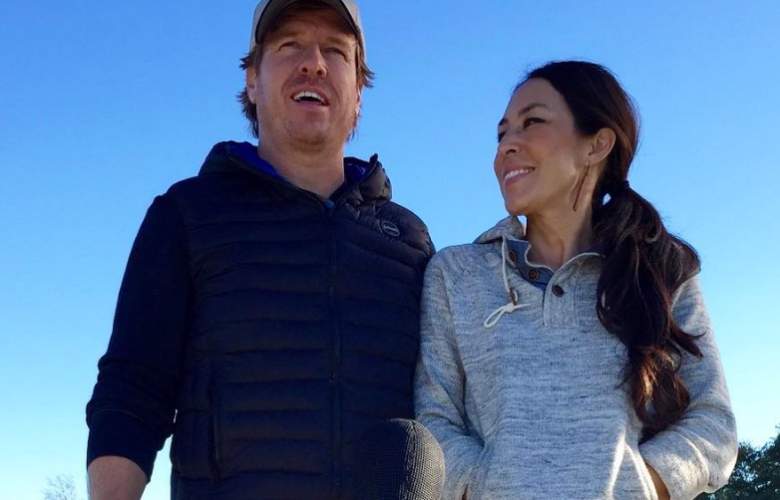 Before the two started dating, Chip visited Joanna’s dad’s auto repair shop to have his brakes repaired. It was there that Joanna was working behind the counter, and Chip knew “She was the one!”

Chip flipped his first house in college, and was flipping houses while the two were dating. In an interview with Glamour, Chip says, “When she started watching me do what I did, which was flip these investment properties, she got kind of curious and interested. I would lean on her—What color do we do this wall? How can we do this floor plan? So it didn’t take very long in our career for her to really evolve into a dominant reality in my business.”

Together, the couple owns Magnolia Homes, Magnolia Market, and Magnolia Farms. Why the name Magnolia? When they were dating, Chip would pick blooms from Magnolia trees, so the name seemed like a no-brainer when it came to giving their business a title.

5. They Own a 1,700-Square-Foot Victorian Farmhouse

Here's a shot of the dining room from the Magnolia House! The original pine floors sure turned out pretty. To see more pics and to get all the details on the house check out my blog! (Link in profile) #magnoliahouse

In 2012, Chip and Joanna bought a 1895 Victorian farmhouse, which (unsurprisingly) was a fixer upper they transformed themselves. The house began as a small, two-bedroom house with an unfinished attic, so the couple had their work cut out for them. They spent a year and a half renovating, which involved adding on a master bedroom and knocking down some walls– one of Joanna’s favorite activities. On the couple’s Magnolia Market website, Joanna writes, “My main priority was to open up the main living, dining, and kitchen area.”

During the design process, Joanna made sure not to lose the country feel of the charming home. She incorporated old doors and fixtures to “preserve the timeless look of [the] home”, and stuck to neutral tones to create a sense of calm and peace. Her favorite room is the kitchen, while Chip’s is the boys’ bedroom. The house is set on a 40 acre farm, and is home to over 60 animals.

Check out a tour of their home here.