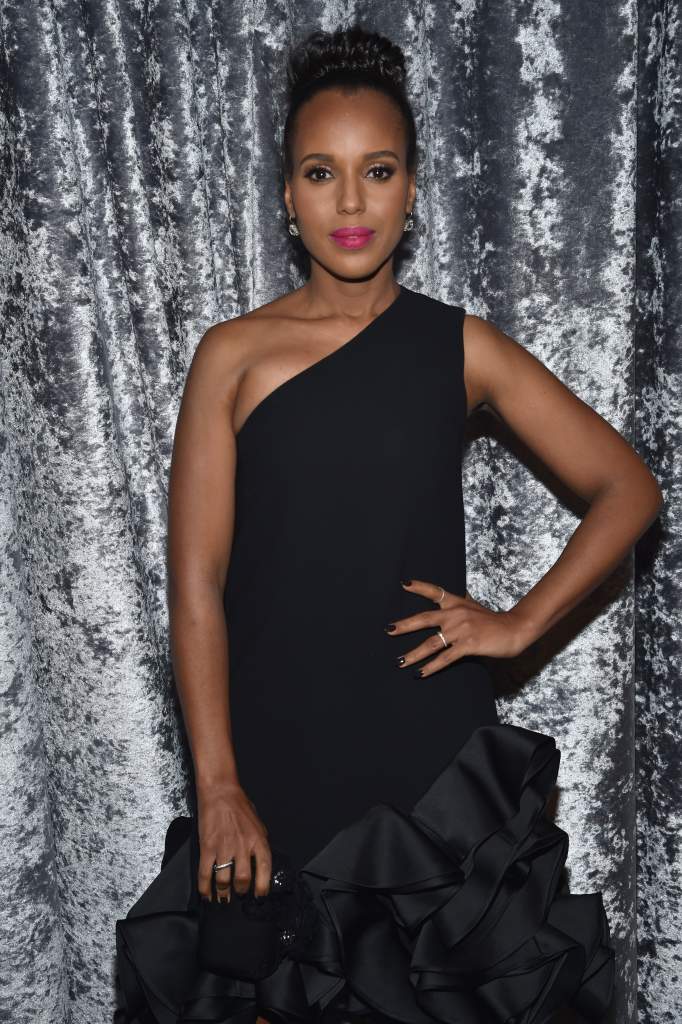 Washington is expecting her second child with her husband. The couple already have a 2-year-old daughter. (Getty)

Kerry Washington and her husband Nnamdi Asomugha are expecting their second child, according to Us Weekly. The couple have a 2-year-old daughter, Isabelle Amarachi Asomugha.

Washington, 39, recently wrapped the fifth season of ABC’s Scandal. She first showed signs of a baby bump on the red carpet at the United Way of Greater Los Angeles Women’s Summit on April 25. She hid her belly a little more at this weekend’s White House Correspondents Dinner wearing a black Victoria Beckham one-should dress with a ruffled skirt.

1. This Will Be the Second Child for Washington and Asomugha 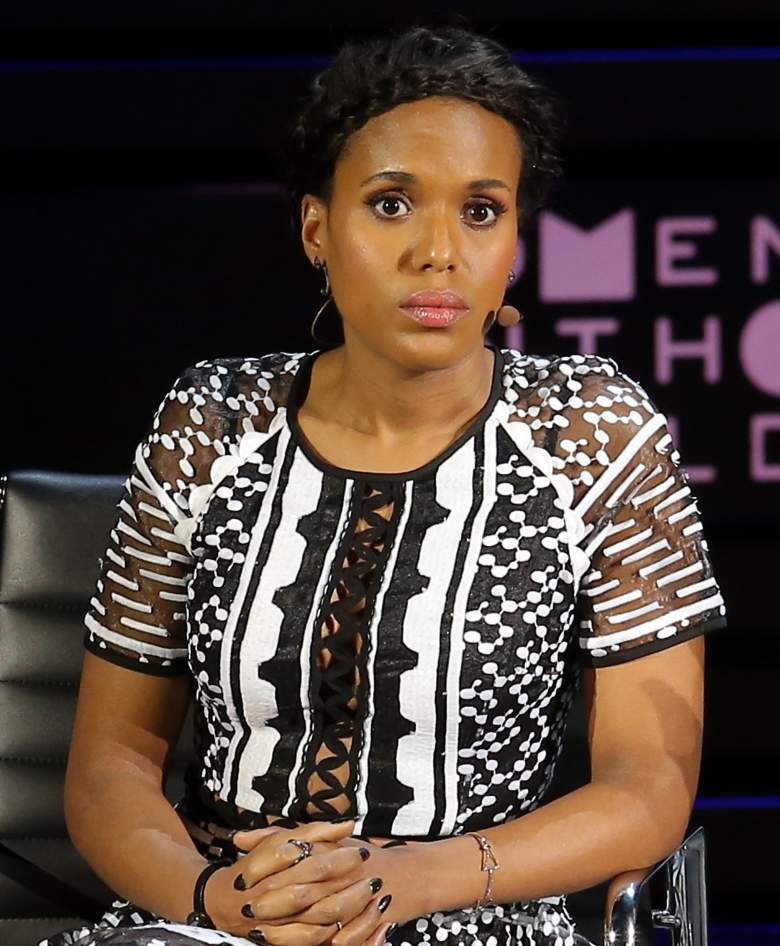 Washington has done well to hid her growing baby bump so far. (Getty)

Washington and Asomugha will welcome their second child later this year. The private couple have not announced the pregnancy publicly or said if they are expecting a boy or girl. They chose to wait until their first child was born before learning the sex.

The Scandal beauty partied this weekend at the 2016 White House Correspondents Dinner with her co-stars Tony Goldwyn, Katie Lowes, Scott Foley and others as well as the show’s creator, Shonda Rhimes. Us Weekly spotted the first signs of a baby bump as Washington walked the red carpet for the United Way of Greater Los Angeles Women’s Summit last week.

2. Washington Welcomed Her Daughter in 2014

The Emmy-nominated actress gave birth to her first child, 2-year-old daughter Isabelle Amarachi Asomugha, on April 21, 2014. Washington never shares photos of her daughter. She explained why to The Hollywood Reporter earlier this year:

I have these itchy fingers where I want to post a photo of my daughter so instead I send it to my shrink or my mother. I want her to be able to make those decisions in her time. She already has a lot to navigate in life as the daughter of an actor and a former football player. She should be able to enter this world in the way that is right for her.

A special someone in Washington’s life who does get a lot of screen time on social media is her dog, Josie (full name Josephine Baker). The little doggy is a constant on the Scandal set and gets pampered by the crew wherever she goes. 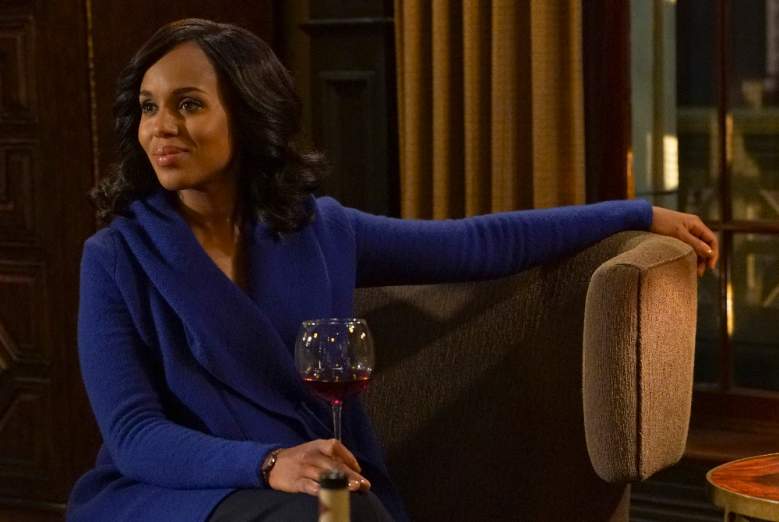 ABC renewed Scandal for a sixth season in March. A delay in the premiere may cause a hole in the network’s TGIT lineup. (ABC)

Washington’s pregnancy may force ABC to premiere Scandal in 2017 rather than this fall, according to TVline. ABC will announced their schedule for the 2016-2017 season in two weeks.

During Washington’s first pregnancy, ABC cut Scandal‘s episode order from 22 to 18 episodes. The lead actress also had less screen time. When she was in a scene, costume designer Lyn Paolo her character Olivia Pope was usually dressed in oversized coats, standing or sitting behind tables and desks, or film from the mid-waist up.

4. Washington Credits ‘Scandal’ for Helping to Prep Her for Motherhood

Starring on a hit TV show and becoming a mother may not seem to go hand in hand, but Washington credits her time on Scandal for giving her the confidence to be a mom. She told Elle in the April 2016 issue:

Scandal writers chose not to incorporate her first pregnancy into the show and that will likely be the case for this pregnancy as well. A few months ago, her character Olivia had an abortion and still hasn’t told the father, ex-boyfriend President Fitzgerald Grant. The political fixer also has never expressed much interest in having children.

5. Washington Married Her Husband in 2013 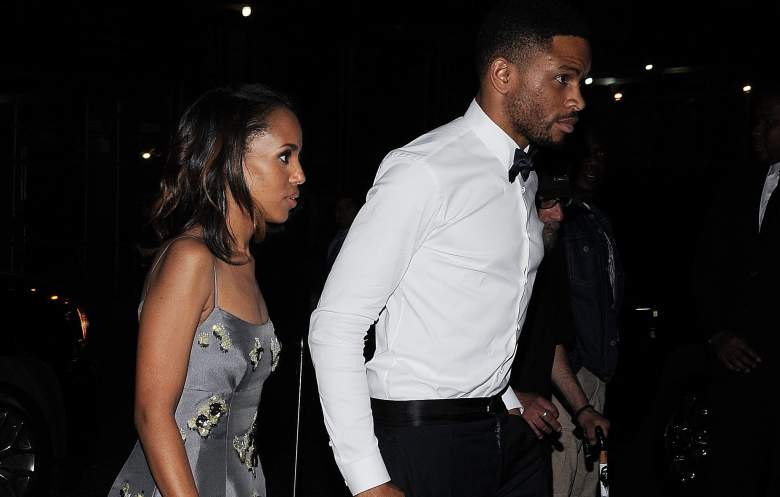 Washington and Asomugha got married in June 2013 during a secret ceremony held in Hailey, Idaho. The actress’ husband played in the NFL for 11 seasons before retiring on December 27, 2013.

The couple faced divorce rumors late last year, but Washington refused to confirm or deny. She addressed the speculation and all tabloid gossip of her personal life during a panel at SXSW this spring.