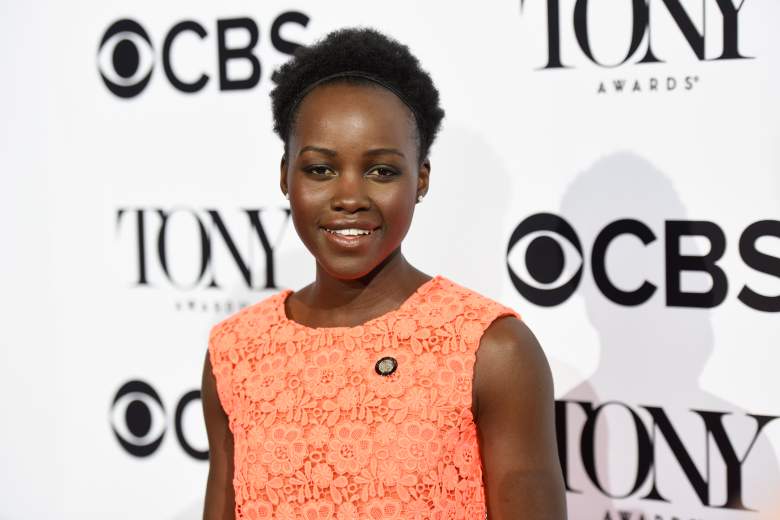 Nyong’o is in talks to join the cast of the upcoming Marvel movie, Black Panther, starring Chadwick Boseman. (Getty)

Lupita Nyong’o is in talks to co-star in the upcoming Marvel movie, Black Panther, according to Deadline. Casting wants Nyong’o to play T’Challa aka Black Panther’s love interest, but Twitter fans think she would be better suited playing his warrior half-sister, Shuri.

Chadwick Boseman made his debut as the Black Panther in Marvel’s latest feature, Captain America: Civil War. He succeeded his father, T’Chaka, as the leader of Wakanda (a fictional African nation) when T’Chaka was killed at the United Nations meeting to sign the Sokovia Accords. T’Challa then sided with Team Iron Man in the showdown between Tony Stark and Steve Rogers.

Creed director Ryan Coogler will write and direct the Black Panther solo film. Production is aimed to start in early 2017 and the movie will premiere on February 2, 2018, according to The Hollywood Reporter.

Check out the character possibilities for Nyong’o in Black Panther below.

Nyong’o is in talks to join the Marvel Cinematic Universe as the love interest for Black Panther. A source told Deadline, “There has been a lot of talk about her doing it. But we don’t know if she is going to do it yet.”

The Black Panther has had two strong love interests in his comic book history, but only one would be available to Marvel Studios. T’Challa was married to the X-Men mutant, Ororo “Storm” Munroe, but her character is owned by 20th Century Fox, the studio behind the X-Men movies. Storm was last seen on the big screen in 2014’s X-Men: Days of Future Past played by Halle Berry, who portrayed her in three previous movies — X-Men (2000),X-Men 2 (2003) and X-Men: The Last Stand (2006). The character will also make an appearance in the upcoming X-Men: Apocalypse, played by Alexandra Shipp.

The other option is Monica Lynne, an American singer who also was engaged to the Prince of Wakanda in the comic books. She met T’Challa in New York where he was working as a teacher under the pseudonym, Luke Charles, according to Marvel.com. He later broke off his engagement to Monica.

Shuri takes on the identity of Black Panther after her half-brother, T’Challa, falls into a coma.

When news broke on Thursday about Nyong’o possibly joining Black Panther, Twitter erupted with fans calling for her to play T’Challa’s half-sister, Shuri. She is the youngest child and only daughter of T’Chaka and later succeeds her brother as the next Black Panther and leader of Wakanda in the comics.

Here’s what fans are saying:

It is rumored that Lupita would be his Love interest but she would be Awesome as Shuri his sister as well,another BP https://t.co/8X2IATEXOY

Can you imagine what a badass Shuri she would be? https://t.co/0uSe5WCeSk

*fingers crossed they're wrong about the love interest bit and she's actually there for Shuri* https://t.co/inK7J04Fub

seriously tho!!! If Lupita is in the talks to play Shuri, there is no better actress to play her! ?? pic.twitter.com/XqqaLcS6xk