Season 2 of WE’s Match Made in Heaven is back this Thursday, and it’s off to a super dramatic start. The premiere will introduce us to the 18 girls vying for a chance at love with former NFL linebacker, author, and motivational speaker, Stevie Baggs, and there’ll be no shortage of drama when it comes to this group of feisty ladies. What will happen on tonight’s premiere? Who will be sent home? Read on to find out.

1. A 24-year-old Virgin Will Admit She Fell in Love With Her Gay Best Friend 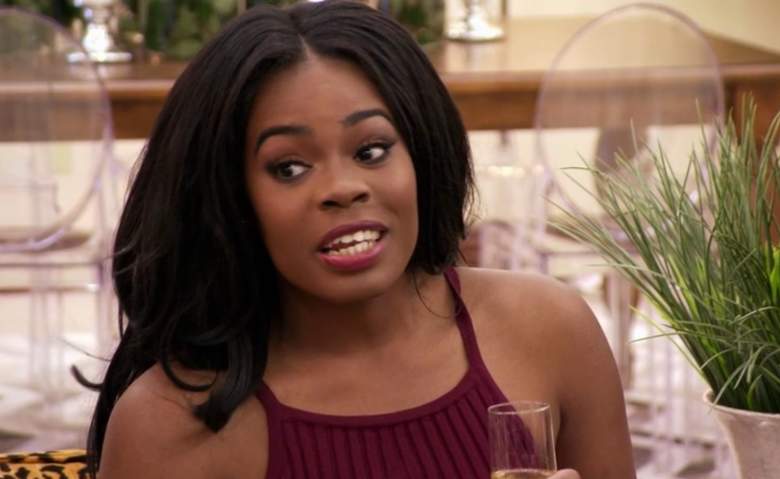 Alexandra is a 24-year-old virgin from San Francisco. (Screenshot/WE)

The first time we meet Alexandra, she will admit she’s a virgin. The 24-year-old will then proceed to tell the girls that she fell in love with her gay best friend. But it’s all okay, because he “told her he wasn’t gay”. Within the first twenty minutes of the show, Alexandra will also pour orange juice on the carpet– something that’ll come back to haunt her later on.

Get to know Lola, the #MatchMadeInHeaven bachelor's outspoken mother. Tune in to Thursday's premiere at 10/9c! https://t.co/obm0n4ISnX

Lola, Baggs’ mom, will go undercover as “Mona”, and pretend to be an assistant on the show. She’ll spend the first half of the episode waiting on the women and cleaning up after them in the hopes of finding out what the girls are really like. At the elimination ceremony, Lola will come forward and talk about her undercover experience. She’ll highlight two girls who were especially cruel to “Mona” over the week.

3. We’ll Meet a Dancer Who Has Toured with Beyoncé 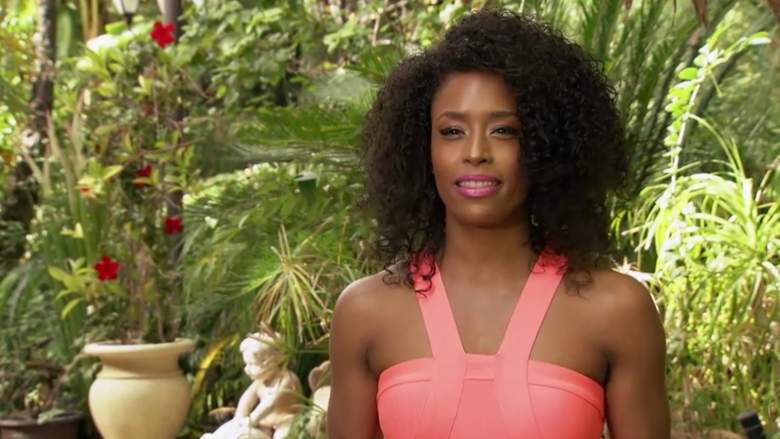 Christina, 28, has toured the world as a professional dancer. (Screenshot/WE)

Christina is a professional dancer from Houston, Texas, who describes her love life as being “nonexistent”. The 28-year-old has danced for Beyonce and Rihanna, and has traveled all over the world. She doesn’t quite set herself up for too much success by claiming that she knows how to be a dancer, but not a girlfriend or wife, but luckily, Christina will be safe on this episode of the show.

4. Stevie Will Break Up With One of the Contestants By Text

WE can't get enough @steviebaggsjr! Here are the reasons WE are sweatin' this sexy bachelor. Tune in TOMORROW, 10/9c https://t.co/bLjTvGyjIF

At the elimination ceremony, the girls will receive personalized cellphones, and they’ll get a text saying whether they can stay, must go, or if Stevie needs to talk to them. Only one girl will get the boot via text, and it’ll be Tiffany, the 24-year-old flight attendant from Jersey. 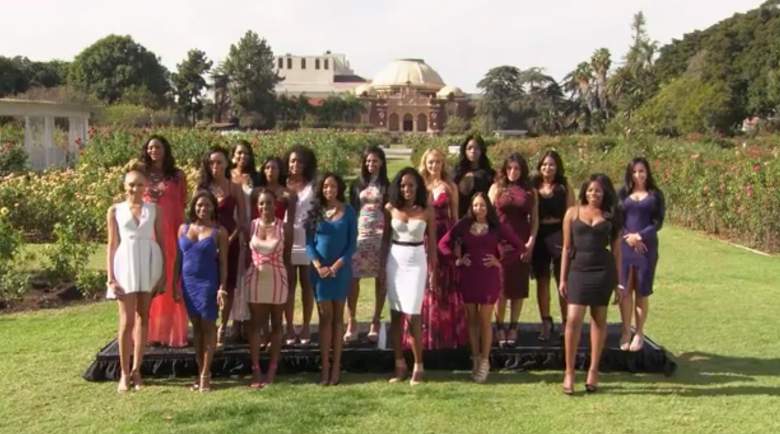 18 contestants will fight to the win the heart of Stevie Baggs on season 2 of ‘Match Made in Heaven’. (Screenshot/WE)

Three women will get sent home on Thursday’s premiere, and Stevie’s mom will be responsible for choosing one of them. Who will join Tiffany in her walk of shame? Alexandra, the 24-year-old virgin, and Lachia, the 29-year-old office manager. Elle, the owner of a boutique PR agency, will be safe on tonight’s episode, but only just — at the elimination ceremony, Lola will tell Stevie that Elle was super rude. Lucky for her, Stevie will let that one slide… but not before warning her that she better not stay on his mom’s bad side.