Aimee, the oldest Osbourne child, posted to her Instagram the day news broke of her parents’ split. (Instagram/@aro_officialmusic)

Ozzy and Sharon Osbourne’s oldest daughter, Aimee, keeps a low profile compared to her siblings, Kelly and Jack, but a recent post to her Instagram speaks volumes about whose side she is taking in the reported split between her mother and father.

Sharon kicked Ozzy out of their home last week after she discovered he was having an affair with celebrity hairstylist Michelle Pugh, according to The Sun. He is now staying with a family member in Los Angeles, E! News reports. 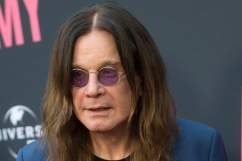 Aimee posted to her Instagram on Saturday a passage from the book, The Beautiful Disruption, by GG Renee Hill that describes a woman who loved a man that could never quite love her back in the same way. His faults included manipulation, testing boundaries and not having the ability to give love.

Read the full passage in the Instagram photo below.

On Tuesday, the Osbourne daughter was seen out in Los Angeles with Ozzy, according to People.

Aimee is a musician, who records under the name ARO, (the initials of her name, Aimee Rachel Osbourne). The music video for her 2015 single, “Raining Gold,” grabbed nearly 2 million views on YouTube in its first two months.

She told the Independent last September that she maintains a “very close” relationship with her parents. Things are quite the same with her siblings.

“I wouldn’t say there is an ease between us,” she said, “but there is an acceptance. Do we socialize? No.”

The oldest Osbourne child famously chose not to take part in her family’s MTV reality show, The Osbournes, which aired for four seasons between 2002 and 2005. In the few times that she did appear on screen, her face was blurred out. Aimee believed staying on the show would have led to her being typecast for the rest of her life and all she wanted to do was become a musician, she told Rolling Stone in May 2015.

Her anonymous lifestyle led the media to describe her as “enigmatic,” a “hermit” or a “recluse,” according to the Independent. She still gets sideways looks from people when she goes out in public.

“It’s ridiculous,” Aimee told Rolling Stone. “I’ll go and walk the dog with my mom and [people look at me] like, ‘The mental patient got permission to leave and is having tea with her mother.'” 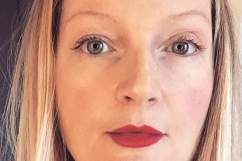