The remake of Roots, the 1977 groundbreaking miniseries, will premiere tonight at 9 p.m. across four A+E Networks. The four-night, eight-hour event series counts LeVar Burton, who starred as Kunta Kinte in the original miniseries, as a co-executive producer.

“Nearly 40 years ago I had the privilege to be a part of an epic television event that started an important conversation in America,” said LeVar Burton, Co-Executive Producer. “I am incredibly proud to be a part of this new retelling and start the dialogue again, at a time when it is needed more than ever.”

Roots is based on the 1976 book Roots: The Saga of an American Family by Alex Haley. All four episodes will air on consecutive nights.

The miniseries is a historical portrait of American slavery recounting the journey of one family and their will to survive and ultimately carry on their legacy despite hardship. Malachi Kirby stars as Kunta Kinte, an 18th century African, who is captured and sold into slavery in the United States. The following three episodes explore his family heritage.

Roots wraps up tonight, June 2. Find out when and where to watch the finale, “Night 4.” 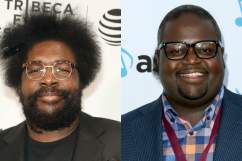 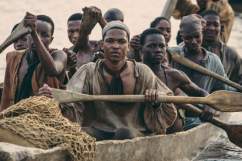 ‘Roots’ 2016 Live Stream: How to Watch the Miniseries Online

When Is the Next Episode?