Ryan Lochte has a new woman in his life. The five-time Olympic gold medalist is dating Playboy model Kayla Rae Reid and the couple couldn’t look any cuter as they pose for sweet selfies and dine out with Lochte’s mother.

Lochte, 31, and Reid, 24, have been dating since at least March, according to Us Weekly. The Olympic swimmer will compete at the 2016 Summer Olympics in Rio de Janeiro this August, and is currently training in Charlotte, North Carolina with Team USA.

Lochte and Reid have not kept their love a secret. The couple has shared multiple photos making kissy faces at each other on Instagram. Lochte has also given him and Reid a celebrity couple name — #Rayla. The Olympic swimmer first mentioned to Us Weekly back in March that he was in a stable relationship.

The couple also spent Cinco de Mayo together. Lochte mixed a couple of homemade margaritas together to celebrate. “Not bad way to end a great day with @kaylaraereid on #cincodemayo and homemade margaritas,” he captioned a photo of the beverages.

Not bad way to end a great day with @kaylaraereid on #cincodemayo and homemade margaritas ?+?

Last spring, Lochte was linked to Amanda Sauer, who taught sixth grade science and coached soccer, according to WCNC, the local NBC affiliate in Charlotte, North Carolina. He met her at a bar in Charlotte and she didn’t know he was an Olympic swimmer when they first met.

Things are serious enough between Lochte and Reid that he took her out to dinner with his mother, Ileana Lochte. The three dined out on Wednesday night and Lochte shared the special moment on Instagram with the caption, “Dinner with MY two gems: my mom and @kaylaraereid #BYOsalad #shirleytemple.”

Ileana became famous in her own right during the 2012 Olympics when she told Today that her son “goes out on one-night stands.” She added, “He’s not able to give fully to a relationship because he’s always on the go.” Lochte quickly clarified his mother’s comments, telling Us Weekly at the time:

They took it out of context. My mom is really new to all of this and the media. She meant since the last 4 years I just wanted to focus on swimming, and I didn’t really have time for a relationship.

The ocean was everything she wanted to be. Beautiful, mysterious and free. ??@franceduque @lulifamaswimwear

Reid’s most endearing quality may be that she’s not all that interested in Lochte’s day job. He told Us Weekly that his girlfriend doesn’t know much about the sport that has earned him international recognition. Lochte also has never had much interest in dating a fellow swimmer or another Olympian as he told Us Weekly.

I could never, no! I mean, I just never really tried to go out and date. It just kind of happened, but now that I have someone it is stability and it is nice. It’s also really nice having someone who isn’t all into swimming and doesn’t really know much.

The Playboy model was name Playmate of the Month in July 2015. Reid was born in Virginia and moved to Palm Springs, California at age 10, according to Playboy bio. She hopes to one day launch a career in television and says in her bio:

I always want to be the best version of myself. A part of that is people know me not only as a Playmate but as an intellectual, determined, driven woman. As I say, if you dream it, you have it. Right now, I feel like I can do anything.

4. Lochte Is No Longer a Party Boy 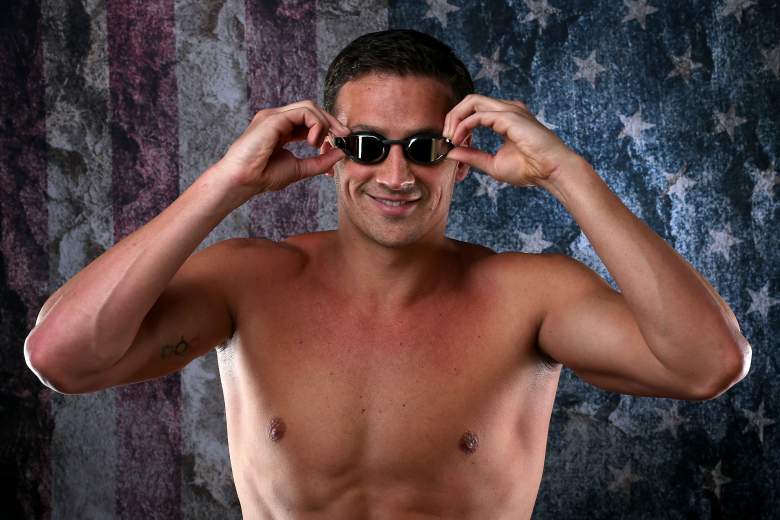 Lochte has toned down his partying ways that got him just as much attention during the 2012 Olympics as his swimming. (Getty)

Lochte spent as much time winning medals at the 2012 London Olympics as he did hitting the nightclubs and partying. He’s trying to shed the party boy image, training hard and settling down into a relationship.

“I’m definitely more mature,” he told Us Weekly. “Going into the [London] games I was more of a single guy party boy.”

5. Lochte Is Headed Back to the Olympics This Summer in Brazil 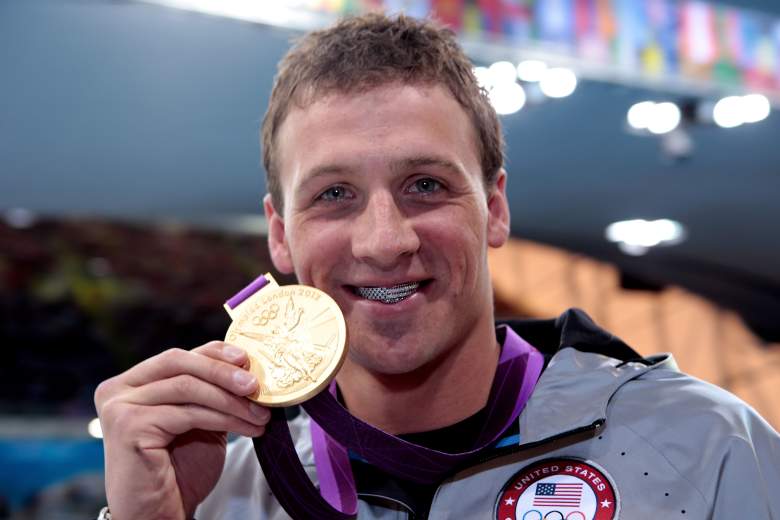 Ryan Lochte hopes to add to his 11 gold medals at this years Summer Olympics in Rio de Janeiro. (Getty)

Lochte is in full training mode in Charlotte, North Carolina where he and his teammates are getting ready for the 2016 Summer Olympics set to begin in August in Rio de Janeiro. The U.S. Olympic trials will be held in Omaha, Nebraska beginning on June 26. Finalists for the Olympic squad will be determined based only on the trials’ results, according to USA Swimming.

The What Would Ryan Lochte Do? star already has 11 Olympic medals including five gold, three silver and three bronze, collected at the 2008 and 2012 Olympics. Seven of those are for individual events.

To help him relax out of the pool, Lochte spends most of his nights with his Doberman, Carter. He also has an eclectic music playlist that includes Frank Sinatra, 2Pac and some Alanis Morissette. He told WCNC, the local NBC affiliate in Charlotte:

After like a hard practice I have to unwind. I get a cocktail put on some tunes—some 2Pac, Frank Sinatra, Alanis Morissette, and me and Carter, we just relax. We watch movies and just kick back.