It’s the beginning of the end for The Good Wife in tonight’s penultimate episode and the CBS drama is coming full circle. Alicia’s husband is on the cusp of going back to prison and she’s once again standing by his side at his trial.

But once the trial is over, Alicia (Julianna Margulies) is ready to start a new journey. She’s finally asked Peter (Chris Noth) for a divorce. She and her boyfriend Jason (Jeffrey Dean Morgan) are planning a future together and she’s partnering with Diane (Christine Baranski) for an all female-led firm.

Here’s what you need to know for tonight’s episode, “Verdict.” 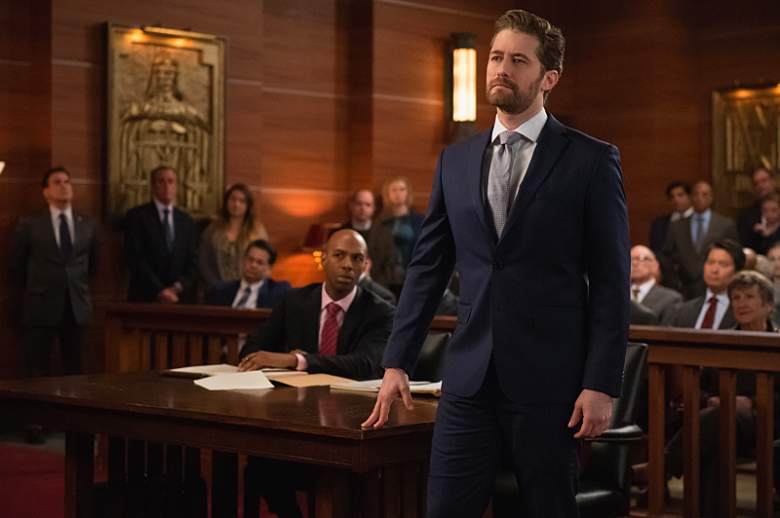 AUSA Connor Fox is determined to bring down the Illinois governor and put him behind bars for years. (Jeff Neumann/CBS)

AUSA Connor Fox (Matthew Morrison) warns Alicia that her husband is guilty, but she’s not backing down without a fight. She threatens him to prove it saying, “I’ve defended enough people to know how shallow those words are.”

Peter was offered a plea bargain of three years in jail, but he’s decided to fight the charges in court. As he told Alicia last week, “So we’re right back where we started.”

Jason Backs Off While Alicia Is in ‘Mrs. Florrick Mode’ During the Trial

Jason stumbled a bit after Alicia told him that what she wanted was him. In response, he gave her a deed to 500 acres of land on Mars. Not exactly the most romantic gift, but the guys loves space. He later made up for the misstep when he revealed that he too wants Alicia, but warns her that he doesn’t want to get stuck in one place for too long.

During the trial, Jason is respecting Alicia’s spousal responsibilities to her husband. He’s still getting a hard time from Lucca (Cush Jumbo), who wants to make sure he hasn’t done something to upset her friend again.

A Destroyed Conference Room Is a Perfect Reason to Expand

Diane and Alicia may want a more open floor plan for their all female-led firm, but completely destroying the conference room probably wasn’t what they had in mind. While Alicia sees the destruction as a bad omen, Diane sees it as a good reason to expand to the 29th floor.

The firm recently gained back control of the 27th floor where Alicia and her former colleague Cary (Matt Czuchry) first started seven years ago. The 29th floor now stands open after the equity firm above them went bankrupt, but moving on up may cause tension between the new partners.

Don’t Expect Alicia and Cary to End Up Friends

Cary has struggled to find his footing in these final episodes and it led him to quit the firm. He grabbed his computer and walked out, but not before warning Alicia that he was subpoenaed in her husband’s case.

Fortunately for her and Peter, it doesn’t look like Cary’s testimony will hurt the governor. The former employee of the State’s Attorney is there to tell the truth and before leaving, he questions what Alicia is doing standing beside her husband in court.