Popular actress Emma Watson has been linked to the Panama Papers, and fans are already reacting with fervor and humor. The Spectator reported that Emma Watson. the actress best known for her role as Hermione on Harry Potter, was named in the Panama Papers. According to The Offshore Leaks Database, ‘Emma Charlotte Duerre Watson’ is a beneficiary in an offshore company based in the British Virgin Islands called Falling Leaves Ltd. which was incorporated in 2013.

Click through the gallery to see all the tweets, memes, and reactions to the news about Emma Watson and the Panama Papers. (Getty) 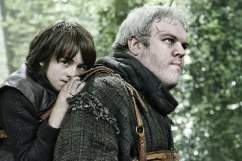 Why Does Hodor Only Say ‘Hodor’ on ‘Game of Thrones’?

Read More
Breaking News, Emma Watson
Why was Emma Watson in the Panama Papers? These are all the best tweets and reactions from fans to the news about the Harry Potter favorite.