Steven Spielberg’s Amblin Television is behind the newest CBS summer drama American Gothic about a prominent Boston family with a link to an infamous serial killer. The 13-part murder mystery premieres tonight, June 22 at 10 p.m.

American Gothic centers on a prominent Boston family reeling in the wake of the chilling discovery that someone in their midst is linked to an infamous string of murders. As shocking secrets from the past and present are revealed, their mounting suspicion and paranoia that one of them is a killer threatens to tear the family apart.

Find out when and where to watch the series premiere. 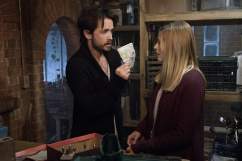 CBS – Check your local TV provider to find out what channel CBS is in your area.