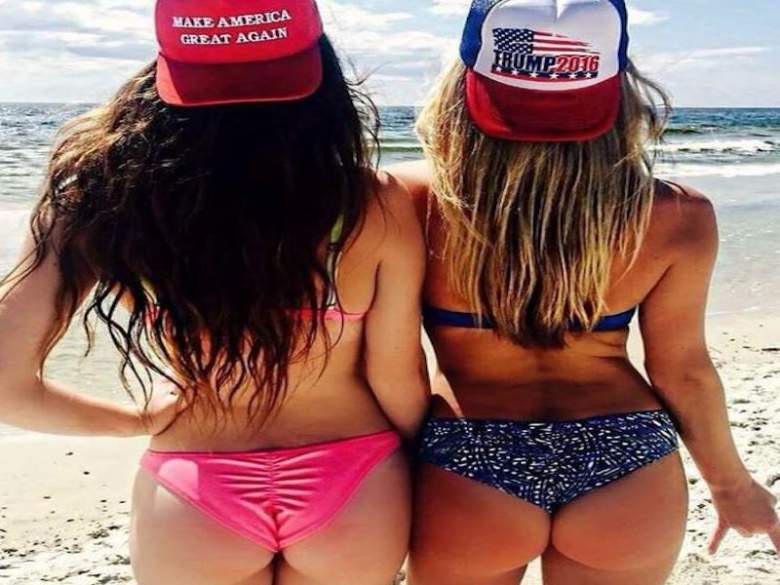 @BabesForTrump Twitter, Instagram and SnapChat accounts are attemping to break the internet with the hashtag #TrumpGirlsBreakTheInternet. (Instagram/babesfortrump)

A Twitter account called @BabesForTrump created in February, 2016, has gotten a lot of attention over the weekend. The account is attempting to “break the internet” with the hashtag #TrumpGirlBreakTheInternet and features, you guessed it, photos of hot girls who are Donald Trump supporters.

With 16.8k followers, the account is quickly gaining traction and has been featured on news outlets like Fox’s Watters World.

It was great to be able to send Sam & Alexa on Watters World with @jessebwatters last night #BabesForTrump ?? pic.twitter.com/57BEE2REEy

The account was created by four male college students, according the founders’ interview with Vice.

This is a real account. The idea came about one evening when we were on Twitter browsing through our feed and saw the hashtag #babesfortrump accompanied with an image of an attractive young woman. This immediately sparked the idea to create an account that blended two of the hottest social media trends out right now—politics and sex appeal…We were baffled to see that young college women were full on supporting Trump and weren’t afraid to show a little skin while they’re at it. So we ran with it.

According to these men, it’s women’s wish to be desired combined with their wish to be heard that makes them want to be featured on this feed.

Women want to be desired; women want their voices heard. We believe that much of the media puts this assumption out there that women don’t like Trump, and that if they do, there is something wrong with them. That is just not true. What we are seeing is that America’s “Girl Next Door” might be your biggest Trump fan. Like we said before, there is this misconception out there that young women don’t like Trump, and they do.

Indiana got on board with the Trump Train last night just like these #BabesForTrump have been the whole time!! ?? pic.twitter.com/0MzjRg9uVH

If you’re wondering how on earth there are any women out there who support Trump considering his views towards them, the founders, who refuse to be named, told Huffington Post, they “believe that the candidate’s female supporters are able to reconcile his questionable views about women because he has other things to offer.”

So, the feed is mostly made up of “hot girls” who support Trump in bikinis or naked with Trump written on their bodies, or holding Trump signs. Sometimes they hold guns.

Did someone say 2nd Amendment?! ?? Be sure to follow our snap as the twins takeover today! Snap ?? babes4trump pic.twitter.com/F8tfdqdKlS

Very few of the posts have inspiring or political messages, but there are some in there.

What the media doesn't show you from the Trump Rally in #SanDiego Trump supporters are RESPECTFUL #BabesForTrump ?? pic.twitter.com/p8zt95aDVg

It's not just about showing support on the Internet, it's about using your right to vote. Get out and vote Trump. pic.twitter.com/xd6crAd3n6

@thealexxking is a #BabeForTrump for a reason! Remember to Tweet us your pics with #BabesForTrump and we will RT ?? pic.twitter.com/53wBhtiqpj

Most of the photos are just proof that female Trump supporters know how to party.

Nothing like some good ole American Patriotism from our girl, Kenzie ?? #BabesForTrump pic.twitter.com/esMCW1iVub

@realDonaldTrump do you get hype to sandstorm? #BabesForTrump Twin Take Over ??? pic.twitter.com/4jBJp8zCkD

Best BP table we've ever seen… Who would play on this?? ? Tag your drinkin' buddies #BabesForTrump pic.twitter.com/kTGIgYbGDL