Tonight is the 2016 BET Awards and the show is set to be the biggest ever … Some of the performers include Stevie Wonder, Kanye West and Usher Raymond, along with other prominent rappers and newcomers in the mix. As for the nominees, Drake is the leading nominee with 9 nominations under his belt. Rihanna and Beyonce tie for second with 6 nominations each. For all the information on how to watch the show online, what channels are airing the show, how to watch the red carpet arrivals and the time schedule, read on below.

LIVE STREAMS: There are multiple live streams available for the awards show as well as backstage/red carpet arrivals. Click here for the details and instructions on how to watch them.

TRIBUTES: There are set to be tributes to both Muhammad Ali and Prince. 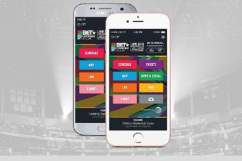 BET Awards 2016 Live Streams: How to Watch the Show Online