Demetrius Shipp Jr. has never made a movie before, but he’s about to become a big star with his role as Tupac Shakur in ‘All Eyez On Me.’ (Instagram)

June 16 marks the birthday of the late rapper Tupac Shakur. To mark the occasion, the producers behind All Eyez On Me, the long-awaited biopic about 2Pac, released the film. The film stars Demetrius Shipp, Jr., who plays Shakur in his first movie role. Shipp actually has some real-life ties to Tupac and had to wait almost five years to get the part after sending in an audition tape.

Happy birthday Tupac. Your legacy lives & you still inspire the world. An amazing experience and blessing to portray you. #Alleyezonme #superblessed

In a wide-ranging interview with XXL Magazine in March, Shipp revealed that his father, Demetrius Shipp, Sr., produced Shakur’s early music at Death Row Records. While he doesn’t remember meeting Shakur, he said he hung around the studio with his father, Suge Knight and other key members of the label. Shipp said that he didn’t tell his father that he was auditioning for the film when he made an audition tape in 2011.

Shipp said that his father also produced Tupac’s “Toss It Up,” which appears on The Don Killuminati: The 7 Day Theory, the first album released after Shakur’s death.

In an interview with IBTimes U.K. that filming Shakur’s death scene was the most difficult part of the production.

“He was a great person taken from us at such a young age but it was the fact that he didn’t get to fulfill his life,” Shipp said of the rapper. “He was so great at most of the things he was doing, acting and music. For his life to be cut short – it played very heavy on me that day and I hated that scene. The time when he gets shot at the end, it was tough trying to get through it. I was ready for it to end.”

2. Shipp Was Told He Got the Part Just Two Days Before His Birthday

Demetrius Shipp Jr. on the last day of filming ‘All Eyez On Me’ (Instagram)

Shipp told XXL Magazine that he was told he got the part on November 18, 2015, just two days before his birthday. That was nearly five years after he sent in his audition tape. While waiting, he did as much research as he could.

The actor made it clear that he thinks there is more than superficial similarities between him and Shakur. Even though his acting experience was minimal, he understood that he had to get into the character.

“I have to say that I’m a very passionate person, a person that’s very driven on integrity and my beliefs. I believe there’s definitely a similarity there,” Shipp said. “Just getting into the character, I fell in love with who he was. It was common things that were brought together with me and him, our childhood. It was a crazy thing to be able to do it. And the thing is, we have a lot in common. I’m a strong believer in the things that I want to do.”

3. Shipp Says He was Told He Looked Like Tupac While Working at Target

In an interview with TMZ, Shipp said that he was even told he looks like Tupac when he was working at a Target. Shipp doesn’t need much makeup to look like the subject of the film.

When Shipp arrived in Los Angeles, he told a TMZ reporter that people have been telling him he looks like ‘Pac since high school. “It ain’t nothing new,” Shipp said.

Shipp also told TMZ that he does not believe in the rumors that Shakur is still alive somewhere.

4. Shipp’s Only Prior Acting Experience was in Elementary School

In the XXL Magazine interview, Shipp revealed that he has not done much acting outside of a play in sixth grade and improve during high school. Although he has always been a fan of Tupac and loves music, he is not a rapper.

“I’m a producer. I had a regular job,” Shipp told XXL. “I was just trying to figure it out like the next man and trying to get it all together. Music is my passion. I’ve always been musically driven and musically inclined. I play the keyboard a little bit. I love listening to music and discovering music. That’s my love but I’m not a rapper at all.” 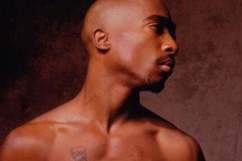 Tupac on Broadway: 5 Fast Facts You Need to Know

5. Shipp’s Director, Benny Boom, Has Only Made a Few Movies

All Eyez On Me had been in the works for years, with John Singleton even attached to direct. But the job fell to Benny Boom. Boom’s past experience is in music videos, although he has directed a few films, including 2016’s 48 Hours to Live and 2009’s Next Day Air.

Boom told Billboard that the film goes beyond Shakur’s life and looks at how his parents had an impact on his career.

“We’re starting from before he was born,” Boom, 44, told Billboard. “His parents were Black Panthers. You see the struggles of his youth, his relationship with his mother, father figures that were in and out of his life, and what he ­developed into as a man from that. It humanizes him.”

Boom also said that the film will not avoid difficult topics, including Shakur’s sexual abuse conviction in 1995. “That’s a big part of his story, because [that conviction] completely changed his life. We don’t sugarcoat things,” he told Billboard.