Bethenny Frankel has found love again though she’s still going through a very long and drawn-out divorce with husband Jason Hoppy. Get to know Frankel’s man Dennis Shields in our 5 Fast Facts below.

Frankel has been going through a divorce from husband Hoppy for a couple years now and apparently her boyfriend is dealing with a divorce as well. In several Twitter posts, Frankel defended her relationship with Shields when she was criticized for dating a “married man.” Frankel told People:

We’ve both been married and separated. So we’re a perfect match. Like everything else in my life, I’m owning it.

2. Shields Works in Banking as the CEO of LawCash

Shields makes a very good living for himself as the CEO of LawCash. He also comes from a mother who was a lawyer and his father, a neurologist, according to E! News. According to the company’s website:

He is also the Founder of Esquire Bank and Yield Street.

Luann de Lesseps and Bethenny Frankel have butted heads a lot this season on Real Housewives of New York. Frankel fires off at de Lesseps over her relationship with fiance Tom D’Agostino Jr. because fellow cast member Ramona Singer had previously dated him. It seems like de Lesseps felt the need to retaliate when she talked about Frankel to E! News, saying:

She calls me a hypocrite, but really she’s the hypocrite because I’m getting married. I’m engaged. And Bethenny’s still trying to get a divorce.

Shields and Frankel have actually known each other for about 25 years and Frankel knew his wife Jill Schwartzberg from high school. Shields and Schwartzberg married in 1990 and they were both in their early twenties at the time. They married at the Plaza Hotel in New York, as reported by the NY Times. Schwartzberg came from a successful family, with her father being the president of the Runway Publishing Company.

Today, Schwartzberg works in interior design, following in the footsteps of her mother. Click here to check her out on her professional website.

5. They Will Be Keeping Their Relationship Private

Bethenny Frankel’s marriage was completely shown on reality television thanks to the Bravo network. She says that since then, she has learned from her mistakes and chooses to keep this relationship private. Frankel revealed to People:

I haven’t been this happy in a really long time, and I’m continuing with my policy of not involving [others] in my relationships, because it certainly has served me wrong in the past … You know the definition of insanity is repeating the same behavior and expecting different results, so I’m not going to make the same mistake twice. So, if I’m happy in a relationship, I want to keep it private for as long as I can. It has not worked out with me well in the past to be gushing over being really happy – I’ll leave that part to my cast mates. 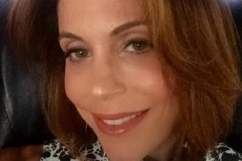 Read More
Bethenny Frankel, Reality TV, TV
Who is Bethenny Frankel dating? Get the rundown on her boyfriend Dennis Shields, his ex-wife, Frankel's divorce and why they're a happy couple.