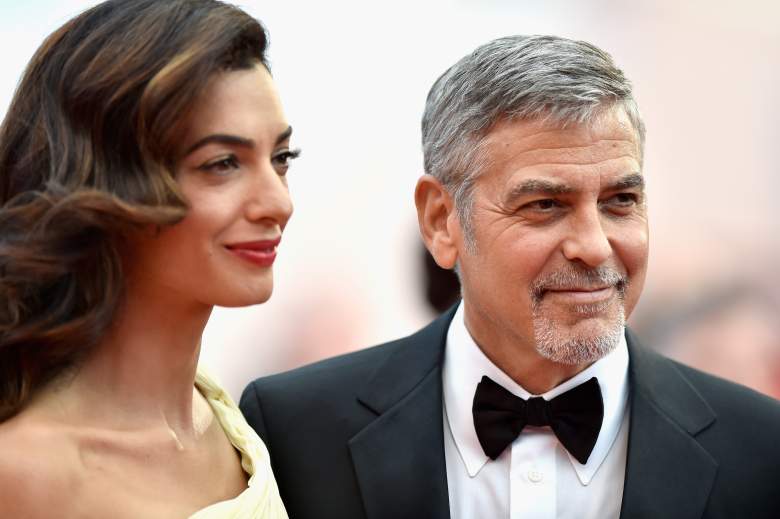 George Clooney might be one of the most famous movie stars in the world, but his career often takes a backseat to the high-profile causes he chooses to support. He’s the most famous person trying to get the world’s attention for the crisis in Darfur. The actor, 55, is also married to human rights lawyer Amal Alamuddin.

Clooney, 55, is also a two-time Oscar winner, but only one of those is for acting. He won Best Supporting Actor in 2006 for his performance in the political thriller Syriana. Then in 2013, he won Best Picture as a producer on Ben Affleck’s Argo.

Here’s a look at how Clooney has made his money and what he does with it.

1. Clooney’s Estimated Net Worth is $500 Million 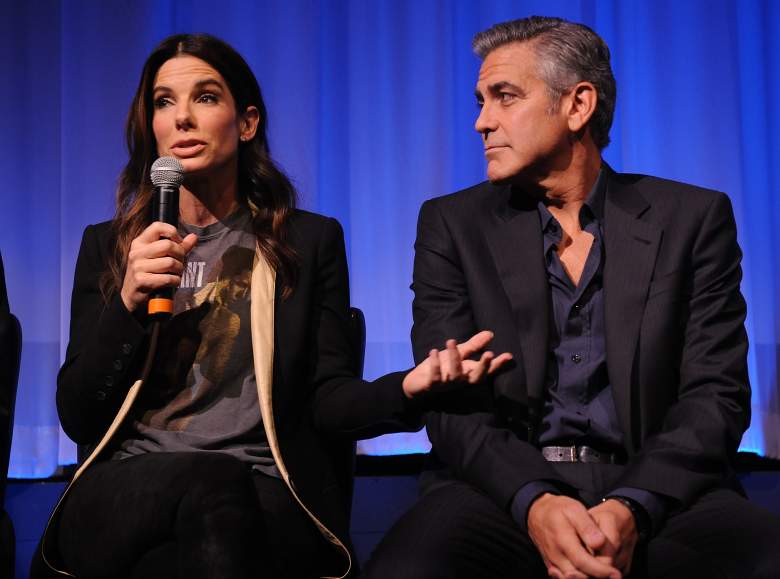 According to Celebrity Net Worth, Clooney is worth an estimated $500 million. He hasn’t been on Forbes‘ Celebrity 100 list since 2010, when he ranked #58.

Surprisingly, the highest-grossing movie of Clooney’s career doesn’t have much Clooney in it. Alfonso Cuaron’s sci-fi thriller Gravity really stars Sandra Bullock, with Clooney being the only other actor in the film. The 2013 movie grossed $274.1 million in North America and reached $723.2 million worldwide, according to Box Office Mojo.

Clooney’s second and third-highest grossing movies both made $90 million less than Gravity in North America. Ocean’s Eleven (2001) grossed $183.4 million and The Perfect Storm (2000) made $182.6 million. The two Ocean’s sequels make up the rest of Clooney’s Top 5.

Aside from Gravity, Clooney has stayed away from blockbusters in recent years. His two 2016 movies – Hail, Caesar! and Money Monster – have both made under $40 million in North America so far.

In addition to his philanthropy and acting, Clooney is also known around the world as the pitchman for Nespresso. His commercials for the brand appeared almost everywhere put the U.S. until very recently. The first U.S. Nespresso ads with Clooney appeared last year with Danny DeVito. According to The Hollywood Reporter, Clooney signed on for the ads for $40 million.

Clooney has been forced to defend his work with the company. He’s on their Nespresso Sustainability Advisory Board, which aims to help coffee farmers. The actor said in a statement last year that the board helped rebuild coffee farms in South Sudan.

In 2010, Clooney co-founded The Satellite Sentinel Project with Enough Project Co-founder John Prendergast. It’s through this project that Clooney helps bring attention to the situation in the Darfur region of Sudan. The war in Darfur has been going on since 2003 and Clooney has tried to make sure the world does something about it.

The project has the name “Satellite Sentinel Project” because they actually use satellites to monitor Sudan and South Sudan to identify threats to the population. In a 2015 New York Times op-ed, Clooney wrote that the Sudan government has succeeded in trying to block information about the situation there from leaking to the outside world. 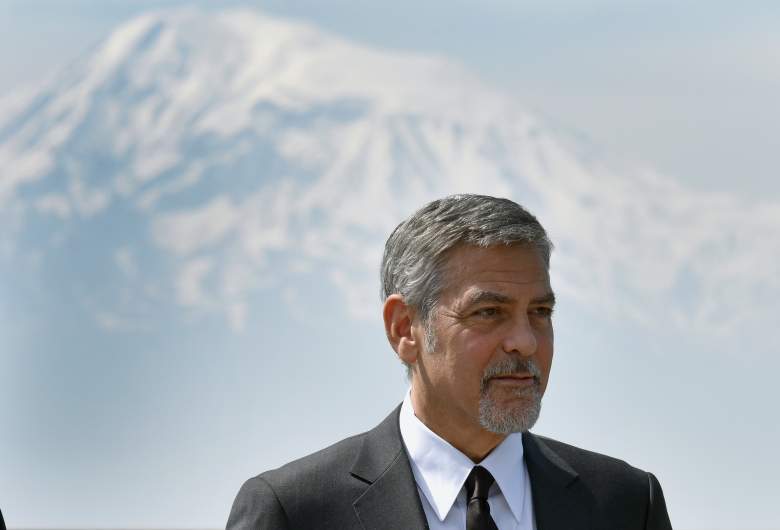 The Daily Mail notes that Clooney has right homes, including two villas in Laglio, Italy. One of their recent purchases was a £10 million ($14.1 million) manor in the English countryside. According to Lonny.com, the Clooneys are giving it a major renovation, with a movie theater, pool house and grand terrace.

Clooney is currently building a new home in Cabo San Lucas, Mexico. He previously had a home right next to Cindy Crawford and her husband, Rande Gerber. They called their two homes Casamigos, named after the tequila brand founded by Clooney, Gerber and Mike Meldman. According to TMZ, Gerber and Clooney sold the houses for a combined $100 million.

In June 2017, Clooney, Meldman and Gerber sold Casamigos for $1 billion, the company announced. Diego bought the company, and will initially pay $700 million, then another $300 million based on the tequila’s performance over the next decade.

“If you asked us four years ago if we had a billion dollar company, I don’t think we would have said yes,” Clooney told CNBC. “This reflects Diageo’s belief in our company and our belief in Diageo. But we’re not going anywhere. We’ll still be very much a part of Casamigos. Starting with a shot tonight. Maybe two.”

Forbes estimates that Clooney will make $233 million himself from the sale. 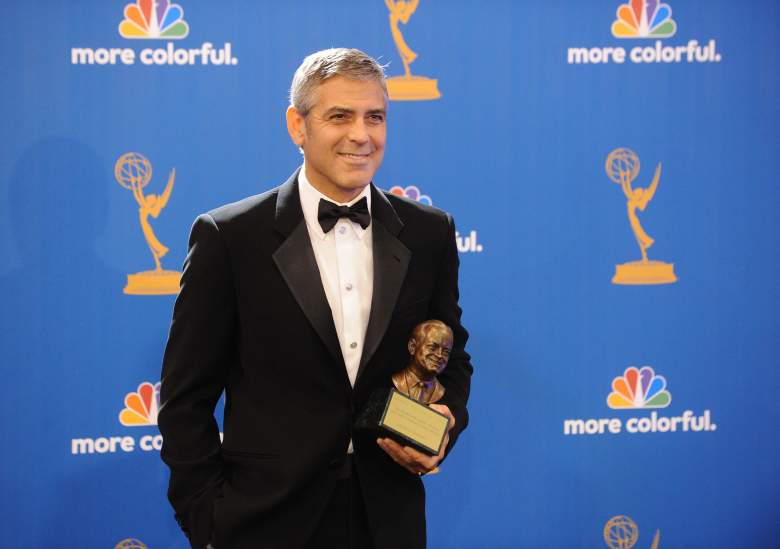 George Clooney with the 2010 Bob Hope Humanitarian Award at the Emmys. (Getty)

Clooney has also made a donation to United Way for $1 million after Hurricane Katrina, reports GoBankingRates. After the terrorist attacks on September 11, 2001, Clooney helped organize America: A Trobute To Heroes, which raised $150 million for United Way. After the devastating 2004 tsunami in Southeast Asia, Clooney helped organize a telethon for the American Red Cross International Response Fund, which raised $18.2 million.

“There isn’t much any of us can do right now but pour money into this tragedy,” Clooney said in a statement after Hurricane Katrina. “As a member of the Board of Trustees of United Way, we’ll be there now, a month from now and a year from now. Today our neighbors need food, shelter and health care, but the very near future is when the difficult part of rebuilding lives and homes and cities starts. We’re all in this one together.”

In 2010, Clooney won the Bob Hope Humanitarian Award, which the Television Academy gives out during the Emmys to honor a star for his or her philanthropy.