When it comes to love, Hoda Kotb is famously open. Since becoming a household name as a co-host of the fourth hour of the TODAY show with Kathie Lee Gifford, Hoda has talked freely about her dating life, which makes this easier for us.

As of now, Hoda is not married. She’s dating Manhattan financier Joel Schiffman. The couple met in June 2013 and just celebrated their third anniversary of dating.

Hoda was quick to tell the world that she’d met someone, but would not reveal his name until January 2015. 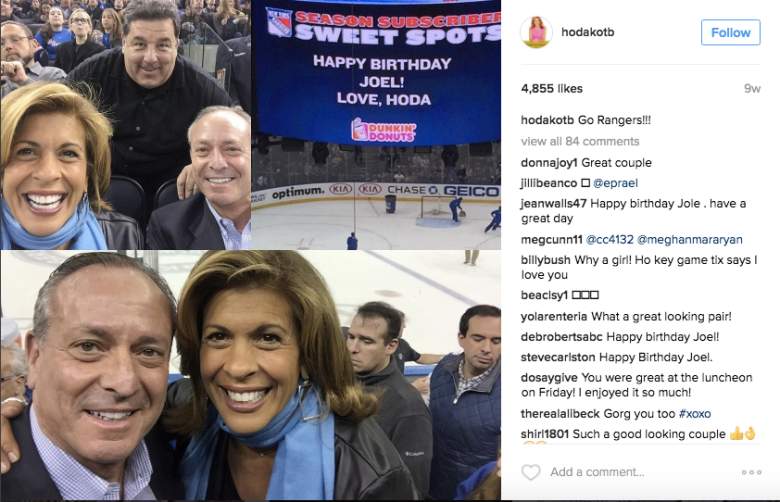 For their first anniversary, the news anchor told E! that he bought her a guitar. “We are just having a blast playing with it.”

Of course, she did so on her show. Hoda showed a picture of the two of them, revealing the mystery man’s identity. Hoda also introduced him to her NBC family. “A source tells Us Weekly that Kotb recently introduced Schiffman to her Today family at their holiday party,” reports Us Weekly.

Hoda is absolutely over the month about her relationship, and frequently talks about how great he is. 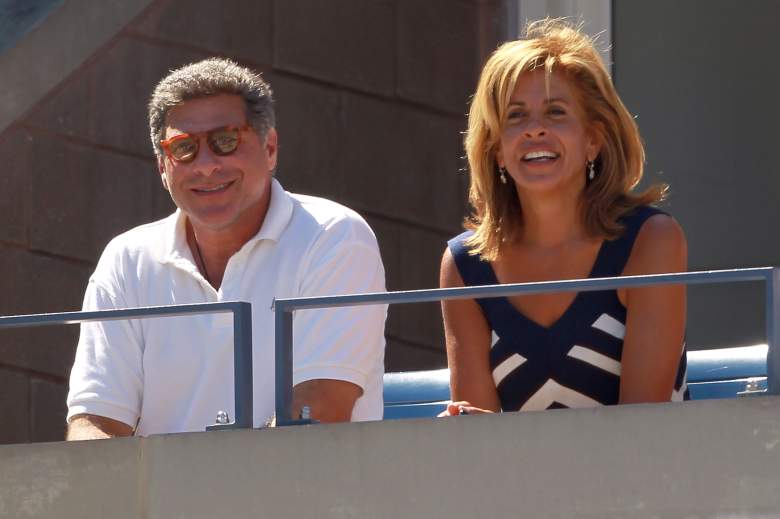 Hoda Kotb and Jay Blumenkopf for two years before she met her current beau Joe. (Getty)

Before meeting Schiffman, Hoda was dating lawyer Jay Blumenkopf for two days, according to Daily Mail. She was heartbroken after the split. An insider told the Daily Mail, “Jay actually broke up with Hoda…because he just couldn’t see himself getting married to her.”

Before that, she was married to Burzis Kanga from 2005 to 2007 (the same year she was diagnosed with breast cancer), according to Us Weekly. In 2013, Hoda revealed on her show that she married and divorced Kanga on Valentine’s Day.

Valentine’s Day, I’ll be honest with you, is not my favorite holiday of the year, because—I wish we had a drink — I’ll explain why, then the drinks hopefully will come. I met my first husband on Valentine’s Day…Wait — it gets worse. And we signed our divorce papers on Valentine’s Day.

When it comes to remarrying, she told E! it’s not impossible.

I have already done it once, so, unlikely, but really, whoever knows in life? …Life is so crazy, who knows? I have a dog now, and who would ever think that?