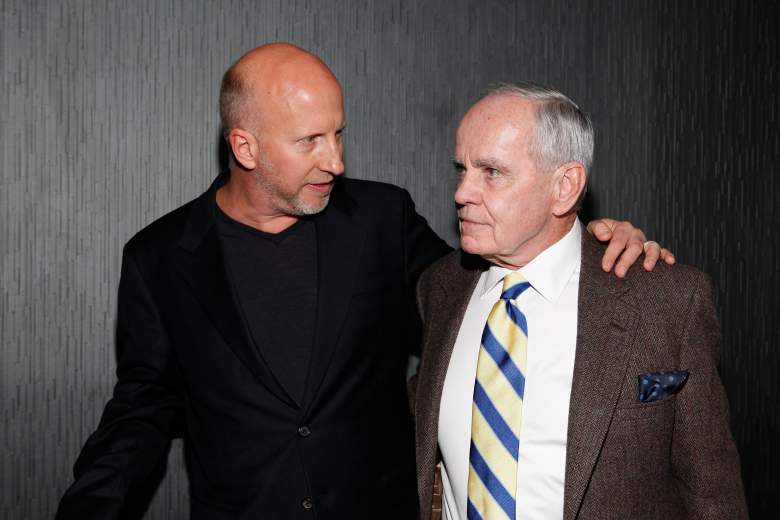 Cormac McCarthy with The Road director John Hillcoat in 2009. (Getty)

Cormac McCarthy, 82, was the victim of a Twitter hoax on Tuesday, with a post claiming that the author died of a stroke. The rumor was spread by author Joyce Carol Oates and was started by a fake Twitter account that looked like one run by publisher Alfred A. Knopf.

The rumor was started by @AKnpfNews, an account which was created in April, but only started posting this morning. At 10:08 a.m., the Twitter user claimed that McCarthy died.

Newsweek’s Zach Sconfeld later tweeted that McCarthy’s publicist told him that the Pulitzer Prize winner is “alive and well.”

Despite what Joyce Carol Oates tells you, Cormac McCarthy's publicist tells me he is alive. This is a hoax. pic.twitter.com/GgoQAaCqTK

Oates, who fell for the rumor, later apologized.

A friend tells me that this is probably a hoax. Has Knopf been hacked? Sorry! https://t.co/LysNtj0ADo

Cormac McCarthy is alive and well and still doesn't care about Twitter.

However, the rumor was caught by USA Today, which tweeted that McCarthy died of a stroke.

Another message on the fake Knopf account revealed that it is run by Italian journalist Tommasso Debenedetti. He is a well-known Twitter hoaxer.

McCarthy won the Pulitzer Prize for 2006’s The Road and his 2005 novel, No Country For Old Men, became the 2007 Oscar-winning classic directed Joel and Ethan Coen. His other words include All The Pretty Horses, Suttree, The Orchard Keeper and Blood Meridian or the Evening Redness in the West. He also penned the original screenplay for Ridley Scott’s 2013 film The Counselor.

In a February interview with Indiewire, The Road director John Hillcoat said that McCarthy offered to write a film adaptation of Blood Meridian. “We both discussed it and feel like we’ve cracked how to make it into a film, so if anyone knows how to move [producer] Scott Rudin… We even had money to finance it, but [Rudin] clearly has other ideas,” Hillcoat said.