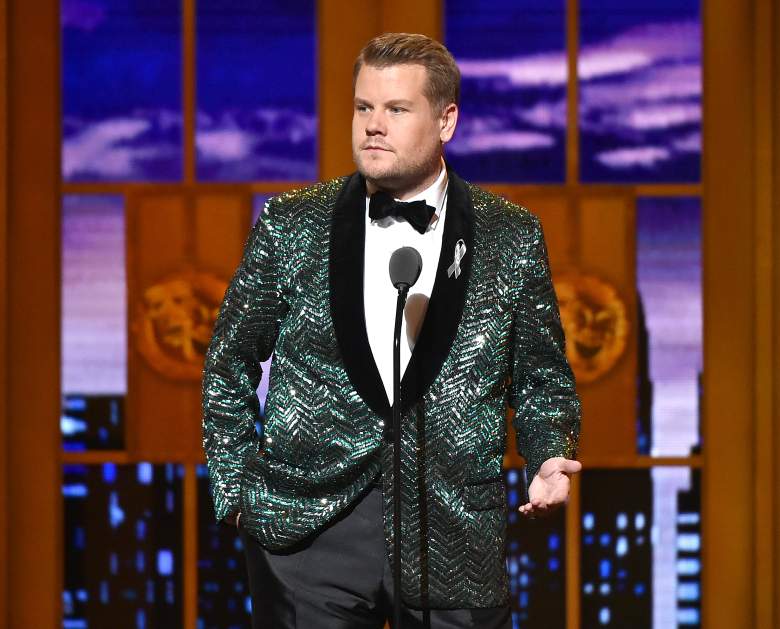 James Corden rose from British television show star and stage actor to the host of CBS’ The Late Late Show, replacing Craig Ferguson. His success has led him to be CBS’ choice to host the 2017 Grammy Awards on February 12.

As Corden’s late night career is just starting, he’s nowhere near as wealthy as Jimmy Fallon or Stephen Colbert. Celebrity Net Worth estimates that Corden’s net worth is at $10 million, which is about his annual salary for The Late Late Show.

The London-born comedian was best known for his work on the BBC’s Gavin & Stacey, which he co-created and co-wrote. He also won a Tony Award for his role in One Man, Two Guvnors in 2012. He also hosted the 2016 Tony Awards for CBS in June.

In little more than a year, Corden has made The Late Late Show his own and he already earned a contract extension. The 37-year-old struck television gold with his hilarious Carpool Karaoke sketches, in which he drives around Los Angeles with celebrities while they sing to whatever comes on the radio.

Here’s a look at how he makes his money and what he does with it.

1. Corden Signed a Contract Extension to Stay Through 2020 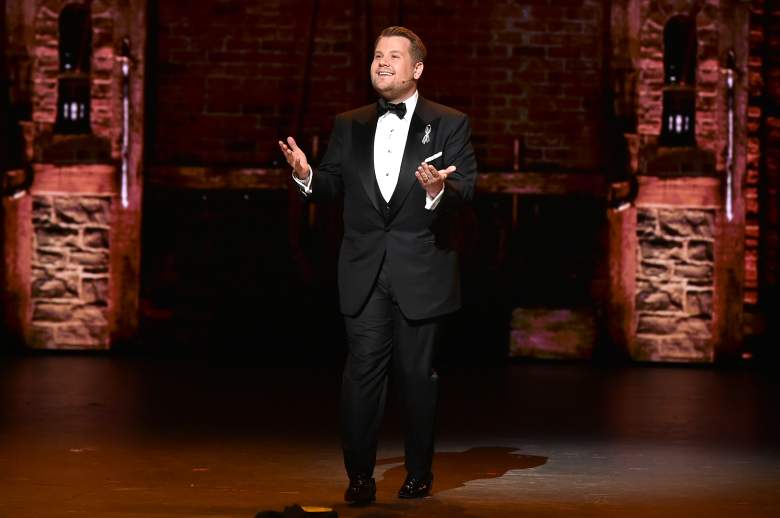 James Corden at the Tonys. (Getty)

According to the Daily Mail, Corden initially signed a three-year deal to make £1.5 million (a little under $2 million) for the first year. However, The Late Late Show under Corden became such a surprising success right away that by August 2015, he was offered a two-year extension.

Now, Corden is signed to stay on CBS through at least 2020, reports The Mirror. The deal means he’ll earn another £3 million (around $3.9 million) for hosting the show. 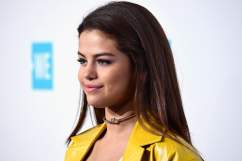 When Corden moved to the Los Angeles area in 2015 after signing his contract, he needed to find a place to live worthy of a Hollywood star. The Mirror reported that Corden is renting a home in Brentwood that costs £18,000 (or about $23,700) per month. It has five bedrooms, seven bathrooms and both indoor and outdoor swimming pools. In other words, there’s plenty of room for Corden, his wife Julia Carey and their young children – Max, 3; and Carey, four months.

Although Corden hasn’t aired an entire episode of The Late Late Show from his home, but he aired a show from a stranger’s home. For the last episode of his first year in March 2016, Corden walked a few blocks from the CBS studios to see if a random person would let them air an entire show from the person’s home. Unfortunately the first person they asked turned them down, but the second person was down with it.

Corden did once invite Gordon Ramsay over to a house that wasn’t really his for a special Hotel Hell skit:

3. Carpool Karaoke Was Born From a U.K. Charity Show

Carpool Karaoke was born when Corden participated in the annual U.K. charity program Comic Relief. The first sketch featured George Michael in the car and the two sang Wham! songs. “There was something incredibly joyful about it. We couldn’t really put our finger on how, but we kind of thought it was,” Corden told Time Magazine.

The first version of the sketch starred Mariah Carey, who saw the Michael sketch and liked it. “We knew we had to start it with a huge star,” Corden told the Wall Street Journal. That Carey sketch is now at 25.5 million views. In just six days, the Selena Gomez sketch has earned 26 million views.

Comic Relief helps raise money for Sport Relief and has raised £68.4 million (about $90 million) so far.

Here’s how Corden explained Carpool Karaoke while on The Late Show with Stephen Colbert: 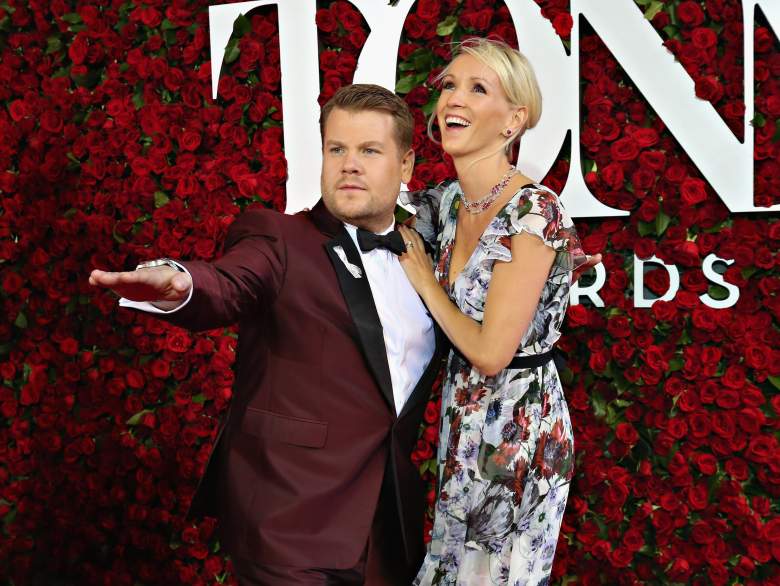 Corden was famous enough before The Late Late Show to spend a fortune on marrying Julia Carey in 2012. According to the Daily Mail, the couple spent £250,000 (a little under $330,000) on their wedding ceremony at Babington House in Somerset.

Julia wore a dress designed by Monique Lhuillier that cost £8,000 (or $10,500). Some of their famous friends that showed up include Matt Smith, Natalie Imbruglia, David Williams and Jimmy Carr.

Julia is a television producer and the couple met in 2010. 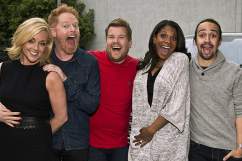 5. Corden Contributed the Sound of His Breathing to Cystic Fibrosis Music Video

in February 2016, Corden participated in a unique charity project for the Cystic Fibrosis Trust. The organization enlisted over a dozen U.K. celebrities to record the sounds of their breathing for a music video called “Breathe – Life Unlimited.” The video tells the story of Sophie, who struggled with Cystic Fibrosis but did not let that stop her from chasing her dreams. As the music plays, you can hear breathing over the track.

In addition to Corden, the other stars who participated include comedians Jack Whitehall, Sarah Millican and Katherine Parkinson, and actors Jenny Agutter, Laura Main, Simon Greenall and Laurence Rickard.

Corden is frequently called upon to participate in charities in more conventional ways. For example, he hosted a gala for Rebels With A Cause, a charity that raises funds for cancer research at USC, in May. Corden also revived his character Smithy for Sport Relief 2016, which raised over £55 million ($72.3 million), reports Look To The Stars.

Correction: The segment with James Corden and Gordon Ramsay didn’t actually go to Corden’s home. Corden and his wife met in 2010. 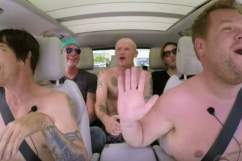 James Corden Carpool Karoake: The Videos You Need to See