Javier Muñoz is not throwing away his shot. The alternate for Lin-Manuel Miranda’s Alexander Hamilton in Broadway’s Hamilton: The Musical will take the headliner position after Miranda exits the show he created on July 9.

Muñoz will step into the title role on July 11, Miranda confirmed on Thursday. He joined the production early during its development at the Public Theatre and currently serves as Miranda’s alternate during Sunday matinees.

1. He Played Multiple Roles During Development for ‘Hamilton’ Including Peggy 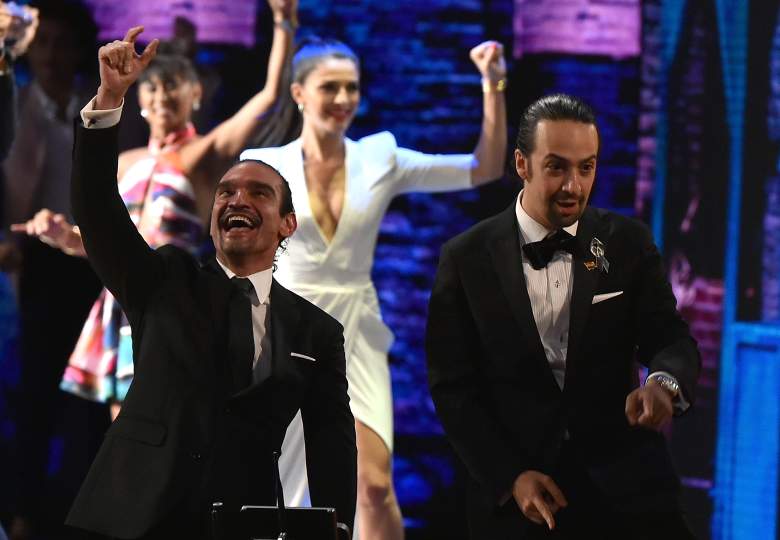 Munoz worked with Miranda to develop the role of Alexander Hamilton in Hamilton.

After working together on In the Heights, Miranda brought in Muñoz early to help develop Hamilton. When he joined the production, the show was only a collection of songs known as the Hamilton Mixtape. It went through a number of workshops and at one developmental reading, Muñoz stepped into read for the part of Peggy in the song “The Schuyler Sisters.”

Muñoz was asked for a video submissions, which caught him off guard, but a few days later, he was approached specifically about the role of Alexander Hamilton. When he received the second call, Muñoz couldn’t believe he was about to collaborate on another role with Miranda, he told Vulture.

All of the lights went off inside of me. ‘Oh my God, are we doing this again? Is this Lin and me going in on a character again? Is this In the Heights again?’ And I got very excited about the prospect of that. 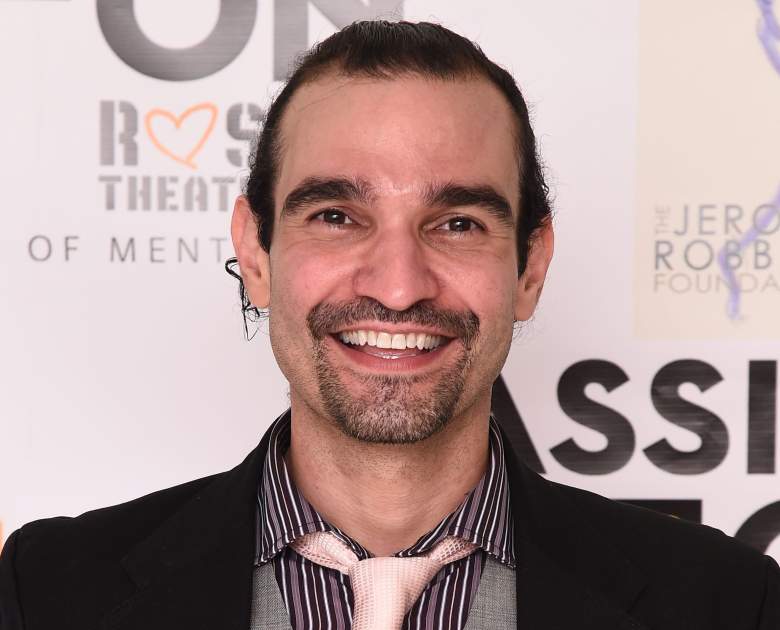 Munoz did not specify the type of cancer diagnosis that he received. (Getty)

In March, Muñoz opened up about the cancer diagnosis he received in October 2015 to the New York Post. He underwent surgery in November followed by radiation treatment and physical therapy to build up his strength again. He received great help from his co-stars, specifically Leslie Odom Jr., who organized a food drive to send meals to Muñoz home in Astoria.

In total, the Hamilton alternate missed two months of Sunday performances. Cast member Jon Rua filled in during his absence.

Muñoz was born on November 27, 1975 and grew up in the projects of a Brooklyn neighborhood in East New York. Like Miranda, he also comes from a Puerto Rican family.

He graduated from New York University Tisch School of the Arts with Bachelor of Fine Arts degree. Muñoz was a member of the Collaborative Arts Project 21 (CAP21), which is a professional musical theatre training conservatory and Off-Broadway theatre company in New York City.

He Already Performed for the President Obama and Beyoncé

I will never forget meeting @Beyonce at @HamiltonMusical and performing Hamilton for Jay-Z and her. pic.twitter.com/dusIHC0kVh

Muñoz has already performed for some big-name audience members on off days for Miranda. He met First Lady Michelle Obama when she attended a Off-Broadway performance, but he had not performed that day. A few months later, Muñoz performed for her husband, President Barack Obama, and had the opportunity to meet him backstage.

The first thing the president said to me, he was shaking hands with folks next to me — I’ll never forget this moment — without me moving or gesturing, he came straight to me, shook my hand, made eye contact, and said, “You are wonderful.” I don’t even know what I said! That’s my president! WHAT. That’s glorious. So it’s unreal, man.

3) I'm so thrilled for @JMunozActor. We created the role together. I'm still jealous he got to perform for Jay-Z & Beyonce.

When Jay Z and Beyoncé came to the show, no one told Muñoz that they were in the audience until after the performance. The actor told Vulture that was for the best.

The moment my dresser told me, I collapsed behind my chair in the dressing room squealing like a child. I could not have done the show if I’d known they were out there. And they are really cool and really lovely.

Queen B. Just sayin'. (& maybe bragging a tiny bit in light of the song/video she dropped) @HamiltonMusical @Beyonce pic.twitter.com/PAL0TpE74Z

Muñoz Replaced Miranda When He Left ‘In the Heights’

Muñoz has prior experience to replacing Miranda in a Tony Award-winning show. He took over the role of Usnavi in In the Heights in 2009 after making his Broadway debut in the show earlier as a member of the ensemble.

Miranda, who wrote In the Heights, said in a statement at the time that Muñoz stepped in when he needed to see the show as a composer.

He’s evolved in tandem with the role and helped me to discover qualities and nuance in this character that I may not have otherwise known. I’m proud to be handing the hat over to such a talented man.

Muñoz other stage credits include Into the Woods, The Porch, Venice Two Gentleman of Verona and Richard III at the Oregon Shakespeare Festival.

5. ‘Hamilton’ Will Film a Couple Performances Before Miranda Exits

Before Miranda takes his final bow, Hamilton will film two performances with the original cast as well as backstage cameos, according to USA Today. Phillipa Soo, who plays Eliza, Hamilton’s wife, will also make her final appearance on June 9, the day contracts end for most of the main cast.

Despite his leave, Miranda plans to revisit the role of Alexander Hamilton at a future date. He’d like to reprise the role with performances in Puerto Rico or pop in as Hamilton in the Chicago, Los Angeles or San Francisco productions.

“I think this is a role I’m going to be going back to again and again. I plan to revisit this role a lot,” he told reporters on Thursday.

5) I'm the next in that line, kids. I'm a be playing Hamilton for the rest of my life. Til I need help jumping on the desk. For real.