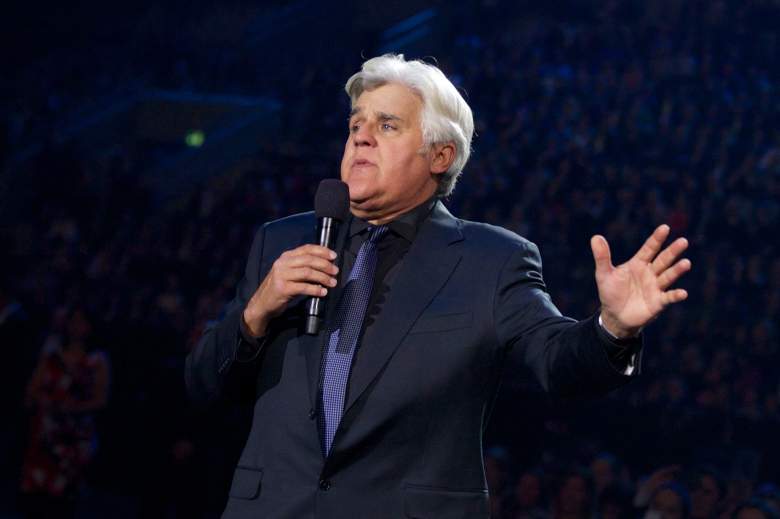 No matter what you think of his comedy, Jay Leno is one of the most popular television comedians of all time. His fame has earned him a fortune and allowed for him to keep a famous collection of cars.

He was the longtime host of NBC’s The Tonight Show from 1992 through 2014, but it began with controversy and was put on hold by a controversy. Leno, 66, was infamously picked to replace Johnny Carson over David Letterman. Then, in 2009, Conan O’Brien was picked to replace Leno on Tonight, only to be replaced by Leno in 2010, just months later after an infamous attempt to have Leno host a 10 p.m. show. The transition from Leno to Tonight‘s current host, Jimmy Fallon, was much smoother. Leno’s last Tonight Show episode aired in February 2014.

Despite leaving late night, Leno has not stopped working at all. He’s busy touring the country and even hosts Jay Leno’s Garage for CNBC. The show cashes in on Leno’s famed interest in cars and was picked up for a second season. The comedian has even made occasional appearances on The Tonight Show. In fact, he was just on the show on June 15.

Here’s a look at Leno’s money and what he does with it.

Celebrity Net Worth estimates Leno’s net worth at $350 million.

If there’s one thing that everyone knows about Leno’s life on the other side of the TV screen, it’s that he loves cars. He is obsessed with cars. The Los Angeles Times reported in July 2014 that Leno had 130 cars in his garage, along with 93 motorcycles. Unlike other car collectors, Leno doesn’t stick to one brand, although he does like cars with interesting stories.

“I never thought of it as a collection. Probably in the mid-1980s, I just started to keep stuff,” he said.

The warehouse where he keeps the cars is massive and includes mural-sized recreations of advertisements for many of them. Leno would even hire NBC artists to paint them for him when they had extra time.

“Jay doesn’t buy for the investment,” David Gooding, founder of the auction house Gooding & Co. in Santa Monica, told the LA Times. “His buying is completely out of passion and love.”

In an interview on CNBC, Leno said that he never touched his Tonight Show money, though. He always has had two incomes. 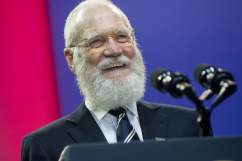 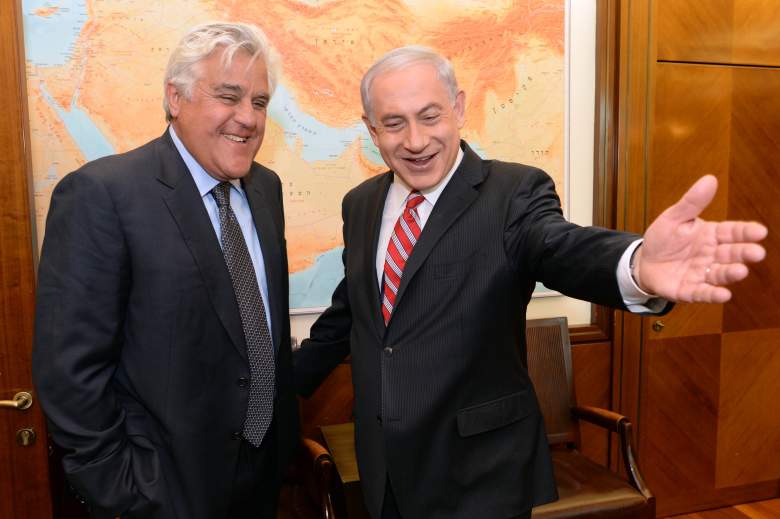 In August 2012, the New York Times reported that NBC laid off 20-25 Tonight Show staffers. In order to keep the number of lay offs low, Leno took a pay cut himself. Before that, it was estimated that Leno was earning $25 million a year. It’s estimated that he was making $15 million a year by the time he left Tonight.

“Jay’s foremost concern is for the wonderful people who work for The Tonight Show,” a spokesman for Leno told the NY Times at the time. “He did what was necessary to ensure their well-being.”

The cuts surprised many at the time, since Leno was the highest-rated late night host, beating The Late Show with David Letterman by an average of 20 percent.

3. Leno Auctioned Off a Fiat 500 to Help Wounded Veterans

Leno’s late brother, Patrick Leno, was a Vietnam veteran, so that’s perhaps why Leno is interested in doing what he can for veterans. In August 2012, he auctioned off his Fiat 500 for $385,000 to help wounded war veterans pay for housing. Proceeds went to the Fisher House, which operates residences at military and Veterans Affairs for families to stay at while service men and women are treated.

“They build these mansions using only the finest — 55-inch TVs, custom kitchens — the best stuff,” Leno told The Hollywood Reporter. “If you are a soldier who has been wounded and you’re in rehab you can move into the house and you can leave when you are ready to leave.”

In November 2014 on The Today Show, Leno surprised Cpl. Ethan Laberge, who wounded his foot in Afghanistan, with a new car – a 2015 Dodge SRT Hellcat. 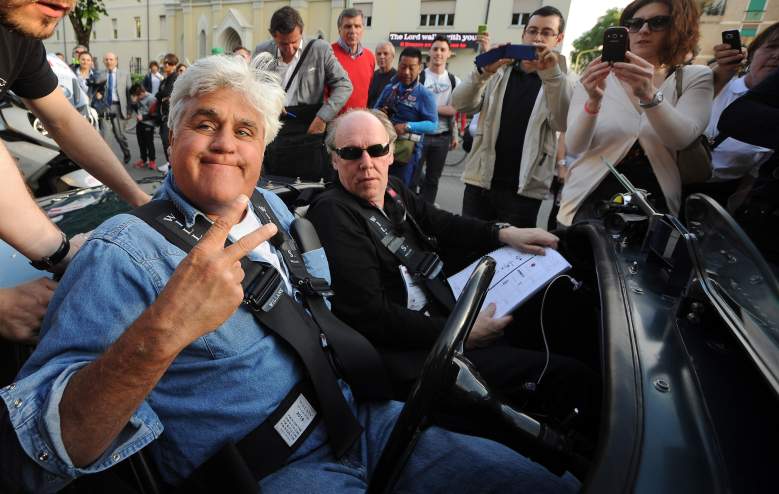 Jay Leno at the Mille Miglia 2014 in Brescia, Italy. (Getty)

Leno was the Grand Marshall for the motorcycle charity ride Love Ride, which had its 32nd and final event in October 2015. The event raised over $1 million for the Wounded Warrior Project. Foo Fighters and actors Peter Fonda and Robert Patrick also attended. One of the contest prizes was a tour of Leno’s garage.

Organizers told The Los Angeles Times that there were almost 13,000 tickets sold, but they still plan on taking 2016 off.

Prior to the 2015 event, the event had raised $24 million for charities that support veterans who suffer from muscular dystrophy and autism. 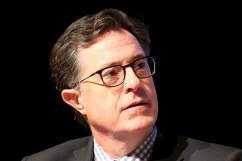 Stephen Colbert’s Net Worth: 5 Fast Facts You Need To Know

5. Leno Makes His Own Car Parts for Rare Vehicles 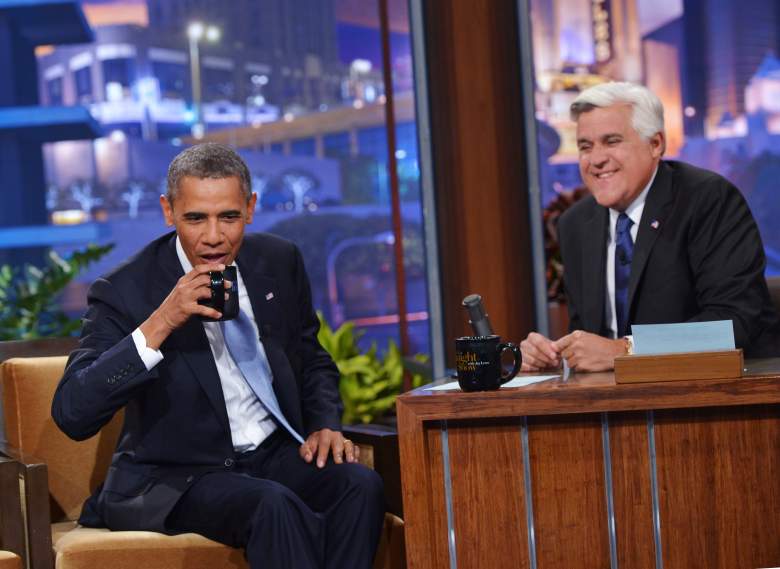 President Barack Obama sat down with Jay Leno in 2013 on ‘The Tonight Show.’ (Getty)

You would think that with Leno’s wealth, he could afford to buy whatever car parts he needs. But some of his cars are so rare that, as he revealed to the Wall Street Journal in June 2013, he has to make replacement parts himself. He said he has a Stratasys industrial-grade 3-D printer, a NextEngine scanner, a Fadal computer-controlled mill and a KMT Hammerhead water jet cutter. These tools help him make specific parts for his rare cars.

“The days of going to a junkyard and trying to find an auto part that says Packard or Franklin on it are over,” Leno told the Wall Street Journal. “We can make almost anything we need right here in the shop ourselves.”

Leno can take all the time he wants to make these parts. He told the Wall Street Journal that his shop once spent 33 hours making an aluminum feed-water heater for a White Steamer. The last White steam car was built in 1911, so it’s understandable that finding original parts would be very difficult. 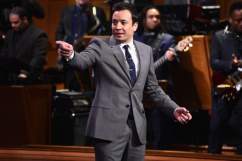 Jimmy Fallon Net Worth: 5 Fast Facts You Need to Know