Veteran ninja Kevin Bull will be taking on the American Ninja Warrior course once again this season.

The 31-year-old athlete first competed on ANW as a walk-on in season 6 and has since climbed the ranks to become one of the most competitive athletes on the course. Tonight, Bull will be competing at the Los Angeles qualifiers, where fans will see if he has what it takes to move on to the city finals, and eventually, the National Finals.

Read on to learn more about Kevin Bull.

1. He Signed an Endorsement Deal With CircusTrix Last Year

Last June, Bull signed an endorsement deal with CircuxTrix— a Palo-Alto extreme recreation building company. The center began as a trampoline gym, but has since become the largest builder of obstacle courses similar to the ones fans see on American Ninja Warrior.

Signing with CircusTrix means that Bull will train on their courses and give the company’s engineers input on the obstacles’ difficulty level. CircusTrix recently told IBT, “I think it is only the beginning. There is no real established market or understanding of that market but the value and the name recognition is there. It is so underrated and undervalued right now.”

The company then added on, “Kevin has established himself as one of the most consistent and most beloved contestants they have had on the show and he has one of the most unique styles. We’ve been blown away by the cult following he has out there.”

2. He Has a Rare Form of Alopecia

Guys! @wolfpackninjawarrior tour SAT and SUN in Denver, Ill be teaching a class midday on Sat if you want to learn some skills! We are taking over a whole arena! @sweett_02 @grant.mccartney

Kevin grew up in Scotts Valley, California, and has a rare type of autoimmune disease called Alopecia Universalis. When he performs on ANW, it’s not uncommon to see him being cheered on by kids from the
from the Children’s Alopecia Project.

Speaking to Heavy, Bull explained that he was contacted by the founder of CAP (The Children’s Alopecia Project) after competing on his first season of ANW. He was asked if he’d speak at an event called Alopeciapalooza, and he agreed. In his interview with Heavy, Bull says, “It’s interesting because I wasn’t someone who talked much about having Alopecia prior to being on ANW. Basically I had it but it was not a huge part of my life at that point.” Since then, he has become heavily involved in the movement, which aims to build self-esteem, provide support to those with Alopecia, and to raise awareness. 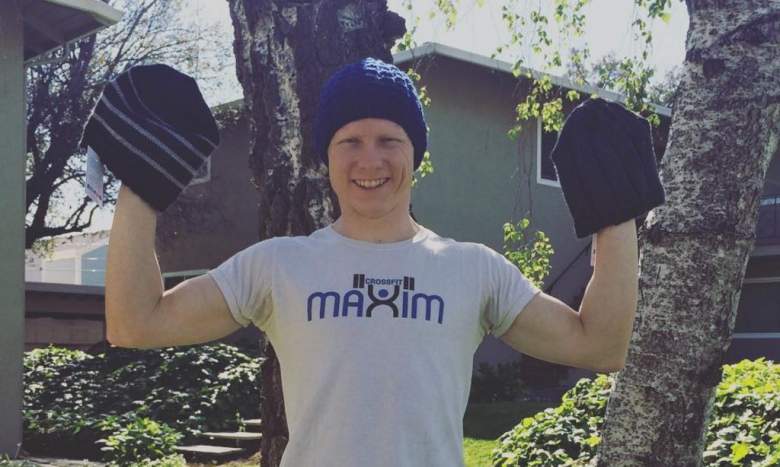 Bull works as a stock-trader when he isn’t busy training to be a ninja warrior. On Season 6 of the show, he competed in Venice as walk-on and ended up with the fourth-fastest time of the evening. He continued to impress and surprise fans with his bizarre approach in the Venice Finals, where he used his feet to grab the third cannonball on Cannonball Alley.

Coming up Monday Night! A double Whammy of awesome with the kickoff of ninjawarrior AND… https://t.co/6WTbBSA2f1

And what about dieting? Given the physical shape he’s in, it may seem surprising to learn that Bull isn’t all that strict when it comes to dieting. Asked by Heavy what his eating habits are like, Bull said, “I’m not super strict…. dieting is important if you’re not working out. But if you are working out really hard, you’re burning everything off anyways. I do think it’s important to eat a variety of foods though– so I make sure to get a bit of everything.”

When Bull made it to Vegas on the sixth season, he failed to complete the Silk Slider. His performance, however, was impressive enough to earn him an invitation to the show’s seventh season, where he sped through the Qualifiers with the fastest time of the evening. Though he didn’t make it up the invisible ladder in the finals, he advanced to Vegas.

Bull made it swiftly through Stages 1 and 2 in the Vegas Finals, but on Stage 3, he fell on the Ultimate Cliffhanger. He has since continued to prove his strength and competency in the ninja arena– he represented Team USA in the third American Ninja Warrior International Tournament.

When discussing his experience on Season 7 with Blast Zone, Kevin said his goal going into the competition was to push himself to do better than he did on the show previously. He added on, “I think I have done well, getting the fastest time in the Venice qualifiers then coming in second in the Finals was a good start to the season. I did really want to hit that finals buzzer though and the disappointment of falling on the invisible ladder will be fuel going into the Mt Midoriyama competition in Las Vegas.” 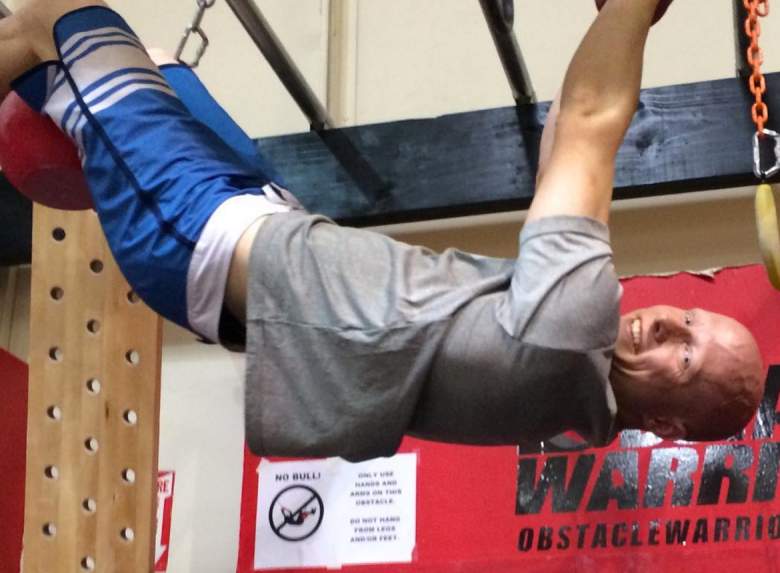 In college, Bull was a track and field athlete. He started training for ANW when he realized that he wanted to test his limits on the world’s most challenging obstacle course.

In an interview with Heavy, Bull was asked whether he emphasizes endurance training for American Ninja Warrior. The athlete said, “It’s an interesting thing– it’s a different type of endurance than running endurance. It comes down to muscle endurance but it’s very important.”

When he first showed up to compete on Season 6, Bull was most nervous about actually getting the opportunity to run the course. He was a walk-on that season, and he wasn’t sure if and what time he would be able to tackle the infamously challenging obstacles– he kept his muscles warm by jogging and jumping in place, and four hours into waiting he was told that would, indeed, be able to have a go on American Ninja Warrior.