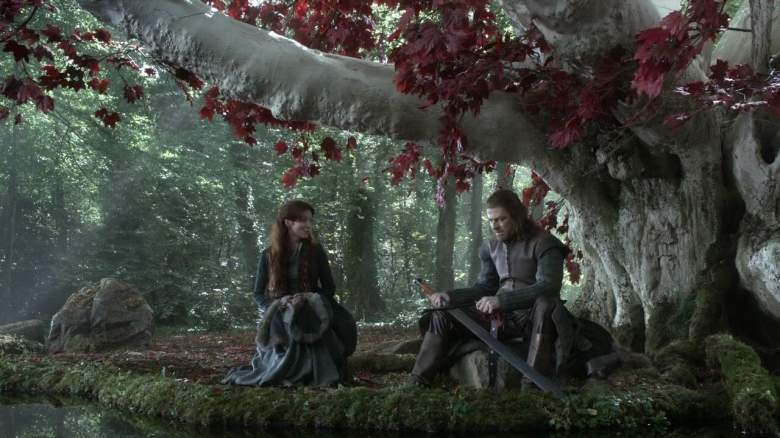 Who is Lady Stoneheart? (HBO)

Who is Lady Stoneheart? And why are book readers so excited about her and hoping she’ll make an appearance on Game of Thrones? This article has all the answers, but there will be Game of Thrones book spoilers here. Possibly show spoilers as well. Be warned.

Resurrection is a thing in the world of Game of Thrones. We’ve seen Beric resurrected after he fought the Hound in trial by combat. We’ve seen Jon resurrected. Benjen just told us about his own resurrection. It’s been happening a lot lately.

In the books, but not yet in the show, there is one very important character who comes back to life. She goes by Lady Stoneheart, but you know her as Catelyn Stark. Book readers had begun to think that her story was cut completely from the show, but there is a growing amount of evidence that she may actually be coming after all.

We’ll cover that below, but first, a quick primer about Lady Stoneheart.

Jon, Benjen, and Beric weren’t dead for very long when they were brought back. Not so for Catelyn. She had floated down a river for days before being discovered, and she had already been disfigured when she was killed. First by herself when she scraped at her own face with her fingernails, and then when a Frey cut her throat open.

Needless to say, she wasn’t a pretty sight. 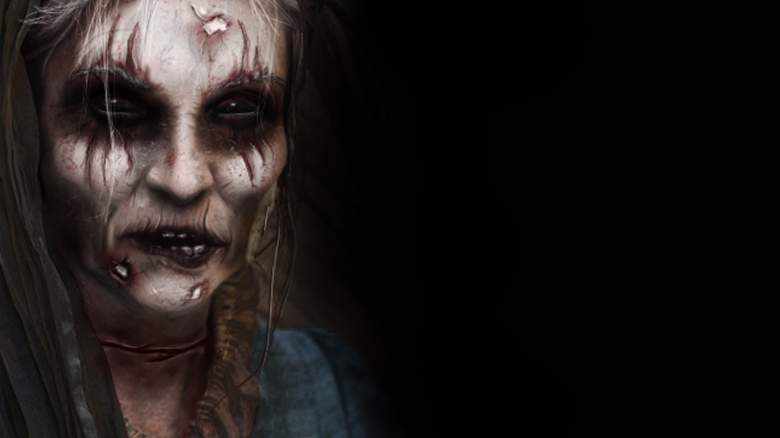 The books are a bit vague on how exactly it happens, but it strongly suggests that Beric Dondarrion, upon finding her, sacrifices his own life to restore hers. This leaves a power vacuum in the Brotherhood Without Banners, which Catelyn err Lady Stoneheart immediately fills.

Lady Stoneheart then begins using this band of outlaws to exact vengeance upon those who conspired against her and murdered her son. Namely: the Freys. And does so in the creepiest way possible – she never speaks a word. (Probably because of her mangled throat.)

The Show Plot and Lady Stoneheart

Lady Stoneheart – ASoIaF / Game of Thrones by Azad-Injejikian on DeviantArt

Now here is where things get interesting. There are tons of hints that Lady Stoneheart is coming to the show. We’ll start with the plot of the story.

In the books, the last thing Lady Stoneheart does is capture Brienne of Tarth and Jaime Lannister. She does this in the Riverlands. Why is that important?

Well, despite traveling wildly off course (compared to the books) Brienne just set off on a trip to the Riverlands. Same holds true for Jaime. They’re on a collision course with the place where Catelyn died.

Lady Stoneheart by zippo514 on DeviantArt

Speaking of the Brotherhood Without Banners, one of their leaders is Thoros of Myr – the red priest. We haven’t seen Thoros since season three, but he is confirmed as a cast member for this season.

Why is that strange? Because under Beric, the Brotherhood is a lot like Robin Hood. They don’t kill small folk. The protect the defenseless. They would never kill a small group of villagers like that. Under Lady Stoneheart, however, the Brotherhood becomes a lot less…discerning. If she has taken charge, it would make a lot more sense of this change of heart. (Pun intended.)

All this indicates that Stoneheart may be coming. But there’s more.

In a leaked episode description, we get this tidbit about Episode 10: Winter is Coming. “Brienne Meets a Friend Turned Foe”

At first we thought this could refer to Jaime. He is coming to attack the Blackfish, and Brienne has been sent to enlist the help of Brynden Blackfish Tully. But the preview for Episode 8 showed that Brienne and Jaime will meet up next week – not in Episode 10.

Instead, we think it could be foreshadowing her capture by Lady Stoneheart. In the books, Lady Stoneheart captures Brienne and Jaime and then sets them against one another. Maybe this is the “friend turned foe” moment.

Hints By The Cast Members

Sophie Turner, the actress who plays Sansa Stark, hinted the Lady Stoneheart might make her way onto the show.

Lena Headey, the actress who plays Cersei Lannister, has been adamant that she has not and will not read the books. As such, she probably isn’t familiar with the Lady Stoneheart storyline. It is strange, then, that she posted this to Instagram:

So, are we going to get Lady Stoneheart, aka Catelyn Tully, on the show? Only time will tell. But our best guess is YES. It’s finally happening. And we can’t wait.

Read More
Game Of Thrones, HBO, TV
Why are fans so excited about the idea of Lady Stoneheart? Learn all about her and the hints in Game of Thrones that we may see her soon.