O.J.: Made in America, is a 7 hour and 43 minutes documentary that investigates one of the most infamous murder cases in American history. Unlike FX’s The People vs. O.J. Simpson: American Crime Story, director Ezra Edelman chose to start the narrative in the 1960s, placing O.J. in the midst of mounting racial tensions and football stardom. In a review of the documentary, the New York Times wrote, “For its part, ‘O.J.: Made in America,’ directed by Ezra Edelman, has the grandeur and authority of the best long-form nonfiction. If it were a book, it could sit on the shelf alongside ‘The Executioner’s Song’ by Norman Mailer and the great biographical works of Robert Caro.”

Read on to find out more about the show’s schedule– where and when you can watch it, and what days it will air.

RUN TIME: The full documentary is 7 hours and 43 minutes. Each episode will be two hours with commercial breaks.

ONLINE: Beginning on June 14, viewers will be able to watch the entire series online with WatchESPN.

DVD: The five-part series will be available on DVD on July 19. You can preorder it here. 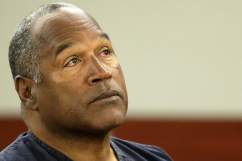