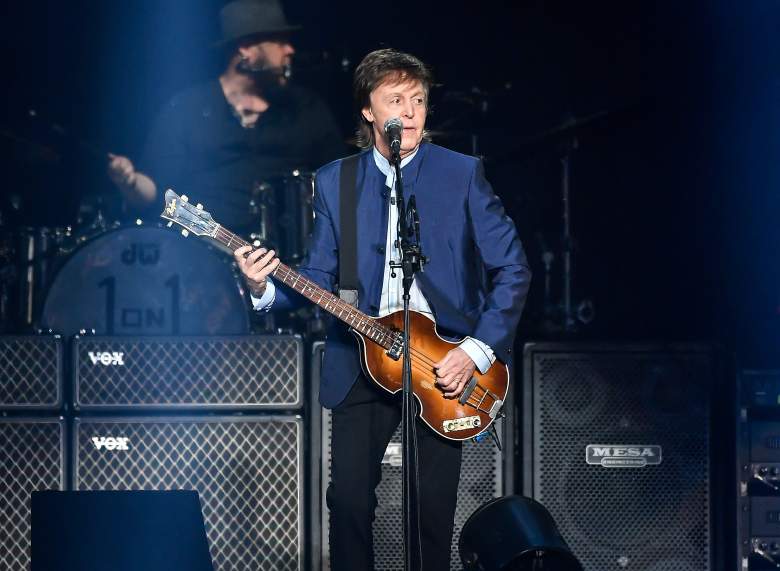 Sir Paul McCartney was born on June 18, 1942 so today he is celebrating his 74th birthday. McCartney, also known as Macca among his fans, might still be best known for his work with The Beatles, but it’s not like he hasn’t kept busy in the past 46 years since the Fab Four broke up. He has become one of the most prolific songwriters of our time and is officially considered the most successful songwriter of all time by the Guinness Book of World Records.

McCartney is one of the best pop songwriters and performers of his generation. He might not be your favorite Beatle, but fans of his work know that there’s usually at least one gem on every one of his albums. To help you sort out the good from the bad, I’ve picked the best ones you need to listen to on his birthday, along with some personal favorites you might have missed.

McCartney used to be ridiculed for writing “silly love songs,” so his response was to write a song literally about “Silly Love Songs.” Released in 1976 on Wings At The Speed Of Sound, the single was a huge smash hit and proved that people do enjoy those silly love songs. As for the song itself, despite its somewhat dated sound, it’s still a great McCartney track, highlighted by the bass play and the fantastic triple harmony party with McCartney, his wife Linda McCartney and Wings cohort Denny Laine.

Flashing forward to 2005’s Chaos and Creation in the Backyard, we find “Too Much Rain,” a surprisingly introspective song from McCartney. Chaos was produced by Nigel Godrich and the first time McCartney worked with an outside producer on a released studio album since his run with George Martin in the early ’80s. The album feels very different from McCartney’s other work as a result.

In 1989, McCartney teamed up with Elvis Costello to write a series of songs that appeared on their albums at the time. “My Brave Face” was the most popular result of their collaboration and stands as the last really successful solo single from any member of The Beatles. It brought McCartney back from a run of flops during the late ’80s and appears on Flowers In The Dirt.

Band on the Run (1973) is easily McCartney’s most popular solo album, stacked with two huge hits, the title tack and “Jet.” The other eight songs are fantastic too. But the title track is a perfect look at McCartney’s early solo career with Wings. The group (down to just the McCartneys and Laine at the time) recorded the album in Lagos, Nigeria.

In the past couple of decades, McCartney has had a habit of recording at least one completely acoustic song for an album and “Calico Skies,” from 1997’s Flaming Pie, is easily the best of them. It’s a beautiful song and one that became even more poignant after Linda’s death from breast cancer in 1998. As for Flaming Pie, it’s a great album and one to seek out.

“Another Day” was recorded while McCartney was making RAM (1971), but he decided to release it as a single and kept it off of the album. This was a practice he carried over from his time with The Beatles, who tried to keep singles off of albums so fans didn’t have to buy the same song twice. “Another Day” was also famously referenced by Lennon in his song “How Do You Sleep.” “The only thing you done was ‘Yesterday’, and since you’ve gone you’re just ‘Another Day,'” Lennon sang.

Any list of McCartney’s best songs needs a track from Tug of War, his 1981 album that reunited him with Beatles producer George Martin. The title track, “Take It Away” and the Stevie Wonder duet “Ebony and Ivory” were all big hits, but it’s a record filled with good album tracks that only fans seem to know. “Wanderlust” is one of the best of them.

In the past 40 years since its release, RAM has become known as one of McCartney’s best albums. It’s a record that has two big climaxes – “Long Haired Lady” and “The Back Seat of My Car” – and the hit “Uncle Albert/Admiral Halsey.” “The Back Seat of My Car” is one of those songs the word “epic” was invented for. The song’s idea might sound pretty simple, but the production kicks it up another notch.

“Coming Up” is one of those cases where the live recording sounds so much better than the studio version. The song first appeared on 1980’s McCartney II in the same self-produced style as the rest of the album, with McCartney playing all the instruments. But when a live version was released as a single in the U.S., that became the hit and the version released on subsequent hits collections. However, it is the studio version you hear with the song’s famous video. The story goes that when Lennon heard “Coming Up,” it convinced him to go back into the studio to record Double Fantasy.

Like “Coming Up,” the most famous version of “Maybe I’m Amazed” is a live recording. The track made its debut on 1970’s McCartney, which did not have a single and didn’t have a single release at that time. It remains McCartney’s best love song and has a magic that he’s always tried to recapture during his career. There’s “My Love,” “Only Love Remains,” “Love In Song” and other love ballads, but none of them come close to “Maybe I’m Amazed.”