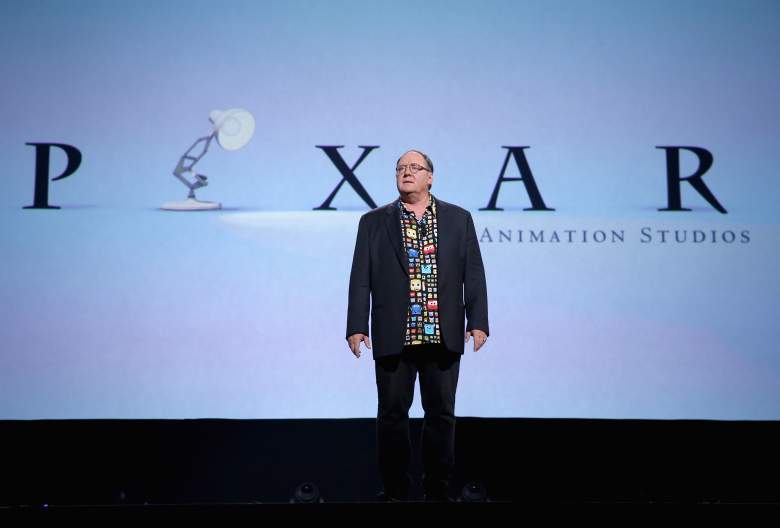 The Disney-owned Pixar Studios is about to swim back into theaters this month with Finding Dory. Like most Hollywood studios though, the Pixar team is looking far into the future. Sadly, the studio once known for incredibly original projects has only one on the docket.

With Finding Dory coming out on June 17, here’s a look at what is and what’s not coming from the studio in the future.

Although Cars and Cars 2 are widely regarded as Pixar’s weakest films, the franchise prints money around the world thanks to the Cars toys. Therefore, it’s no surprise that a third Cars film is on the way. It is currently scheduled for release on June 16, 2017 and will be directed by veteran Pixar storyboard artist Brian Fee.

In an interview with USA Today in May, Fee revealed one of the brand new characters in the film: Cruz Ramirez. The character is a young racecar helping out Lightening McQueen and “trying to figure out how this old dog can learn some new trick.”

Another new character will be Jackson Storm, a rookie racecar hoping to beat McQueen.

2. The One Original: Lee Unkrich’s ‘Coco’

Excited to lift the curtain a bit on what we’ve been working on so hard. #Coco #D23EXPO pic.twitter.com/bDGFzZo0WC

The only announced original film Pixar has planned is Coco, a long-gestating project from Toy Story 3 director Lee Unkirch that is loosely inspired by the Mexico’s Day of the Dead. Pixar story artist Adrian Molina is co-directing the film, which will opeon on November 22, 2017.

Unkirch announced at the D23 Expo last year that it will be centered on a 12-year-old boy named Miguel. The official description of the film from Pixar reads, “Coco is the celebration of a lifetime, where the discovery of a generations-old mystery leads to a most extraordinary and surprising family reunion.”

3. ‘The Incredibles’ Return for Another Heroic Adventure!

Fifteen years after Brad Bird directed The Incredibles, he will be returning to Pixar to helm The Incredibles 2. It’s perhaps a testament to Pixar’s staying power that the studio is willing to make a sequel to a 15-year-old film.

On October 26, Disney and Pixar changed the release date for The Incredible 2. It’s now set to hit theaters on June 15, 2018.

Not much is known about the film and Bird only started writing it last year. In an interview with NPR while promoting Tomorrowland, Bird said that the story was “percolating.”

Bird hasn’t worked for Pixar since helming Ratatouille in 2007.

4. Hanging Out With Andy’s Toys Again in ‘Toy Story 4’

While Toy Story 3 seemed like the perfect end to the Toy Story saga, Pixar is working on a fourth film with Woody, Buzz and the rest of the gang. John Lasseter will return to direct and Pixar story supervisor Josh Cooley is co-directing. Pixar also went outside the fold to recruit actress Rashida Jones and her writing/producing partner Will McCormack to work on the script.

The story will center on the group going after Bo Peep. Hopefully, Bonnie still owns the toys, since her group of toys have been stars of the Toy Story TV specials. And even though the film isn’t coming out for over two years, Tom Hanks said in November on The Graham Norton Show that he was already recording the voice of Woody.

When celebrating Inside Out‘s Oscar nominations, director Pete Docter told Entertainment Weekly in January that Pixar was actually discussing a sequel. It hasn’t been greenlit yet and is just the topic of conversion. Docter told EW:

We’ll see if anything turns up… To me its not as simple as we liked it, so lets make another one. What happens is you design these characters not so much looks wise but as they are as character and people for a story. So we’ll explore it and see what happens. 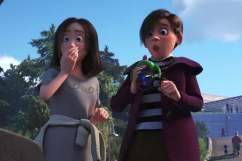 Read More
5 Fast Facts, Disney, Finding Dory, Movies, Pixar
Pixar's 'Finding Dory' comes out this month, but the studio has much more planned in the future to bring out emotions at movie theaters.