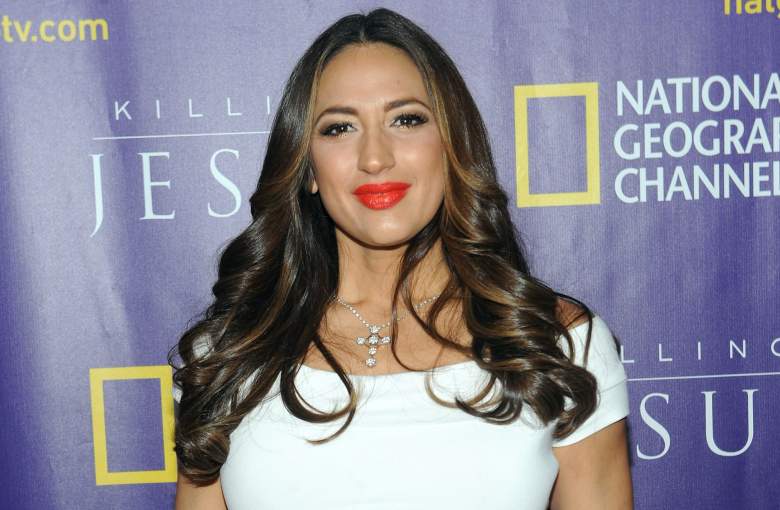 Amber Marchese is also battling her second round with breast cancer. (Getty)

Real Housewives of New Jersey alum Amber Marchese has been diagnosed with Lyme disease. Doctors caught the disease early, but Marchese is still dealing with her new illness at the same time as she battles with breast cancer.

The 38-year-old reality star told Entertainment Tonight that she was diagnosed last week after experiencing flu-like symptoms. When she shared her condition on Facebook, a friend suggested that she get tested for Lyme disease. The friend also shared her own struggle with the disease and many of their symptoms lined up.

“About two weeks ago, I had flu-like symptoms which included a low grade fever, headache, aches, chills, join pain and awful neck pain,” she told ET.

Marchese was diagnosed with breast cancer for the second time in May 2015. She requested the test for Lyme disease at her oncologist’s office while undergoing a round of chemotherapy. Since she caught the Lyme disease early, she won’t need treatment but doctors will continue to monitor her situation.

Feeling sexy in this number. I love to see my gains from hard work at the gym. I have been sculpting my legs for a very long time, increasing leg day to 3 to 4 times a week. Always hitting at least one leg/glute muscle at each session. dispelling that a muscle group can only be worked out once a week. I see a huge difference and very proud. I still get treatment for #breastcancer every three weeks. Plus, just got a diagnosis for #lymedisease. I won't be defined by these things. I will not succumb to any of it. Can't stop, won't stop. #whatsyourexcuse #health #weighttraining #weightloss #rawfooddiet #spartan #strongwomen #motivated #motuvation #sexy #women

I can’t even begin to describe the feeling you get when someone says you have cancer. Then to get it again after you thought you fought it and thought it was behind you… I was thinking, ‘This is definitely it. I’m going to die.’

Marchese starred in only the sixth season of The Real Housewives of New Jersey. She is married to James Marchese, who owns a small mortgage firm in their hometown of Shrewsbury, New Jersey, and they have two children, son Corbin and daughter Isabella. She is also stepmother to Michael and Sebastian.

Her husband was arrested in April at the Los Angeles airport just before he and his wife’s Virgin Atlantic red-eye flight took off. Flight attendents called police to report James had grabbed Amber by the throat and threatened to hurt her, according to TMZ. Amber ended up bailing her husband out of jail and later released a statement to People denying the allegations.

What I definitely know for certain is that I know nothing at all. But what I do know 100% for sure…I love my family more than anything in this world. #marchesefamily #marchesestrong #marchesefamily #reality #rhonj

Of course, Amber isn’t the first Real Housewives star diagnosed with Lyme disease. The Real Housewives of Beverly Hills‘s Yolanda Foster was diagnosed with the disease in 2012 as were her two children, daughter Bella Hadid and son Anwar Hadid. Last year, the Dutch model described her experience as feeling like “someone came in and confiscated my brain,” she wrote in a blog post. She continued:

I have lost the ability to read, write, or even watch TV, because I can’t process information or any stimulation for that matter. It feels like someone came in and confiscated my brain and tied my hands behind my back to just watch and see life go by without me participating in it.

❤️I would have loved a more graceful exit then "Season 6" but sometimes we don't get to control the ending of the chapters in our life………….. I am leaving what's over without denying its past importance in my life. I believe that every exit is an new entry and with that in mind I say goodbye to my @Bravotv Family as I continue to focus on a my recovery, my children and bring back the privacy within our Home……….. Thank you to all the fans for your love and unwavering support these past 4 years. I am grateful for the housewife experience and all it has taught me. I'am excited about this CHOICE and look forward to the next chapter of my life……………… #RHOBH #TimeToSayGoodbye with #Gratitude @evolutionusa @bravoandy @bravotv #WWHL

Last week, Foster announced on Instagram that she was leaving the Bravo reality show after six seasons. Although her post made the exit seem mutual, Entertainment Tonight reported that Foster quit because she was demoted from a main housewife to a friend of the show. She doesn’t look to bummed about leaving, posting a photo of herself soaking up the sun on the first day of summer.