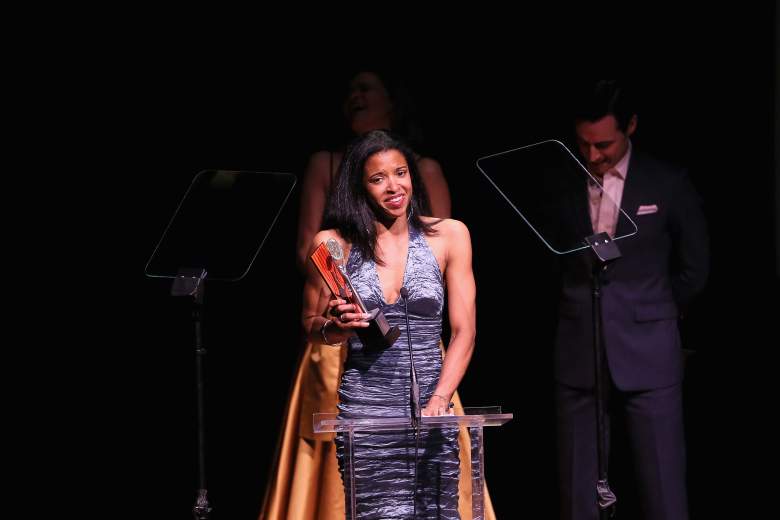 Renee Elise Goldsberry has had a career any actress could be proud of. Her career has taken her from the stage to film, from film to TV and from TV to composing music. But other than a couple of roles, the 45-year-old actress has rarely had opportunities to shine in her projects. That all changed very recently, when Goldsberry was offered the role of Angelica Schuyler in Lin-Manuel Miranda’s musical Hamilton. The play became Broadway’s biggest hit in decades, and Goldsberry in particular gained enormous praise for her singing talents, her flow with some difficult raps, and her acting, which gave both strength and delicacy to Schuyler, a beautiful and complex portrayal.

For her extraordinary work in Hamilton, Goldsberry was nominated for a Tony Award for Best Featured Actress in a Musical, against esteemed actresses like Jane Krakowski and Danielle Brooks. Tonight at the Tonys, whether she wins or not will be revealed. But even a loss won’t take away from the talent and impressive career of Goldsberry… though a win wouldn’t hurt.

1. She’s Already Won a Drama Desk Award and Lucille Lortel Award For Her Performance in Hamilton 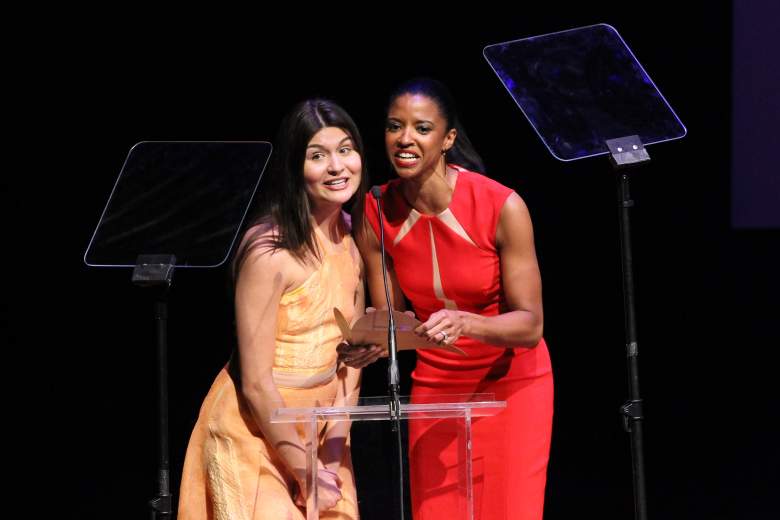 Hamilton was a long-awaited sensation for a long time, dating back to Lin-Manuel Miranda’s first performance at the White House. When the musical first hit Off-Broadway, it was quickly nominated for awards. One ceremony that celebrated Hamilton was the Drama Desk Awards, which celebrates both Broadway and Off Broadway. Goldsberry was one of three cast members nominated for a Drama Desk last year, along with Miranda and Leslie Odom Jr. She was the only one of the three to walk away with an award.

That same year, Hamilton took the Lucille Lortel Awards, which celebrate Off Broadway plays, by storm. Goldsberry won again, but this time wasn’t the only cast member – Miranda, Phillipa Soo, and Daveed Diggs all won as well, sweeping the musical actor/actress categories. Impressive awards for one of the few cast members to have actually auditoned.

2. She Played Evangeline Williamson on One Life to Live and was Nominated for Two Daytime Emmy Awards 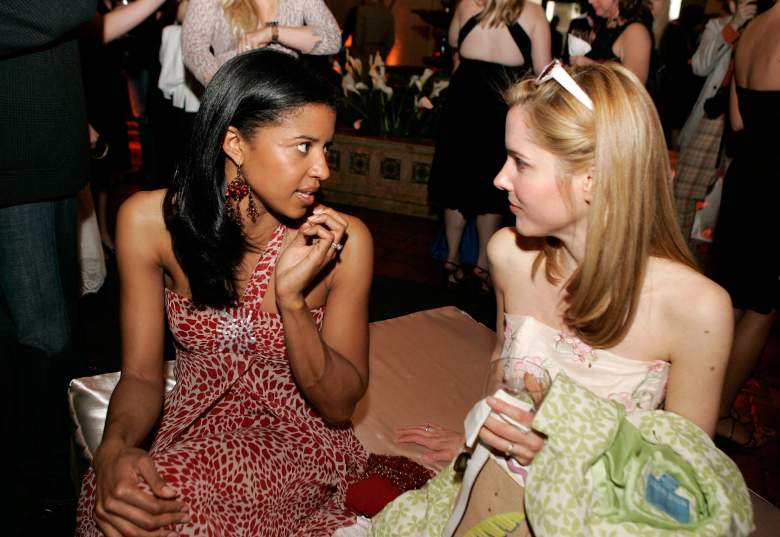 Goldsberry is getting praise for her work on the stage, but she’s founds success on the small screen as well. She appeared in 43 episodes of Ally McBeal, and had a recurring role in 23 episodes of The Good Wife. But for fans of daytime television, she’s best known for her role as Evangeline Williams in the long-running soap One Life to Live. She originated the role, first appearing on February 17th, 2003 and last appearing on May 18, 2007.

Evangeline was a defense attorney, entering the show’s universe for a high profile case and eventually making a home there. Throughout her tenure on the show, Evangeline entered relationships with characters R.J. Gannon and John McBain. She also, as this was a soap opera, was at certain points of the show blinded and put in a coma, which the character never woke from.

3. She is a Songwriter Who Has Written Songs for Movies

Ever the versatile entertainer, Goldsberry is also a songwriter in addition to being a great singer. One highlight of her songwriting career includes winning the esteemed John Lennon Songwriting contest, with songs from her album Everything But the Kitchen Sink.

Another highlight includes a film Goldsberry even starred in, All About You. Though it ultimately got mixed reviews, Goldsberry was praised for her performance. She also showed off her talents by writing several songs on the soundtrack. This includes the title track All About You, seen above.

4. She Was the Final Actress to Play Mimi in Rent on Broadway

Angelica Schuyler may be Goldsberry’s most notable role to date, but she’s no stranger to the bright lights of Broadway. After other Broadway roles in The Lion King and The Color Purple, Goldsberry got her most exciting role to date in 2007, becoming the newest Mimi Marquez in the wildly popular musical Rent. She portrayed Mimi, who had been originated by Daphne Rubin-Vega and was played in the 2005 film by Rosario Dawson, from 2007-2008, when the Broadway show came to an end after an incredible 12 years. This made Goldsberry the last actress to play Mimi on Broadway. The final performance of Rent on Broadway was filmed, and had a brief theatrical release.

5. She’s Married to Lawyer Alexis Johnson and They Have Two Children 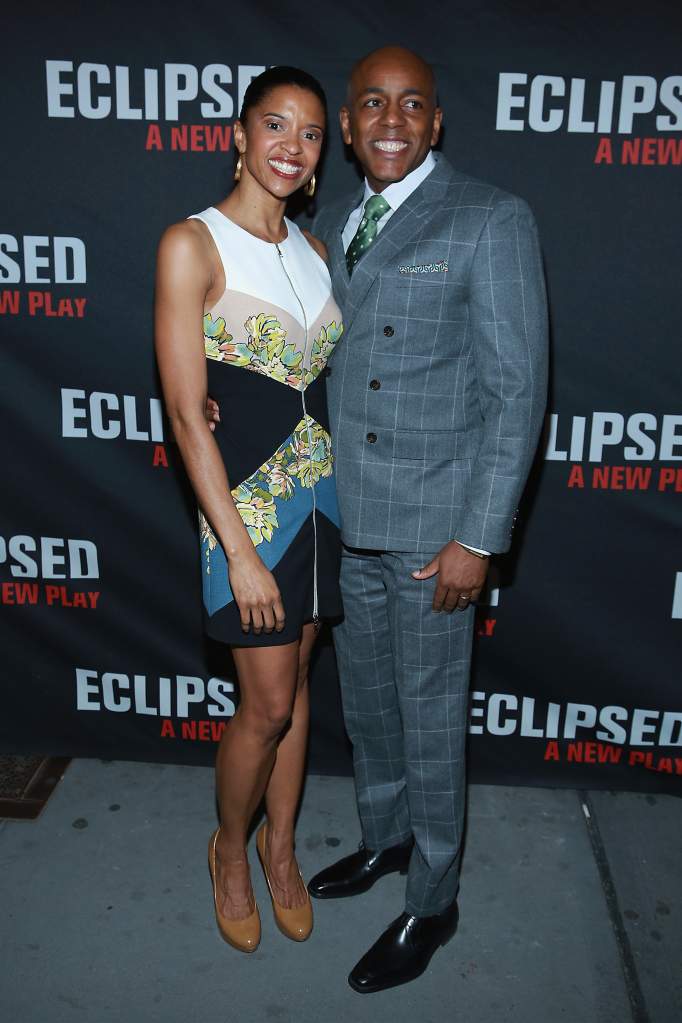 Goldsberry and Johnson at a 2016 Broadway premiere. (Getty)

Goldsberry is married to Alexis Johnson, an attorney, and has nothing but glowing praise for him, if her interview with Resident is any indication.

Years ago, when I was dreaming up this significant other before I’d even met him, I remember thinking I need the kind of man who can deal with the extremes of the life of an actress. Can you deal with me when I don’t have to leave the house because I haven’t had a job in months and have no money? Can you be the one who supports me when I’m totally disillusioned, and can you be Mr. Goldsberry and hold my purse on the side of the red carpet? Can you do those extremes? It’s not easy—the man who can support you totally when you have so little to give is a very unique creature, and by the grace of God, I have the most perfect one in the world.

Most importantly, he’s just very happy for me—he loves the show more than I do, if that’s possible. He’d be supportive anyway, even if he didn’t love it, but it’s helpful that when I come home he’s listening to the demos. He just wants me to be happy and I am happy, because he is wonderful.

The married couple has two children: Benjamin, 7, and Brielle, 3. Brielle was adopted by the couple from Africa, at just about the time she heard a demo from Lin-Manuel Miranda.

People send stuff all the time to prepare or audition for, but this was unlike anything I’d ever heard, and I couldn’t even take it in in a single hearing. I was like ‘wow, this is huge, this is it.’

I hadn’t even planned to participate at that point because I had just brought my daughter home from Africa—our second child is adopted—and I was on a self-imposed maternity leave; but just the way life works out, as soon as you say ‘I’m not leaving the house for two months,’ something comes along that you just can’t say no to.

In quick succession, Renee Goldsberry has an adopted daughter and a meaty role in a hugely successful play. Not a bad turn of events.