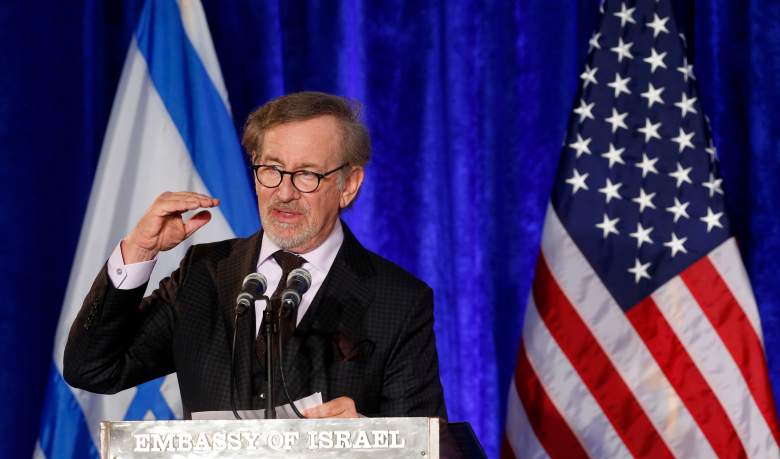 For over four decades, Steven Spielberg has captured the imagination of audiences around the world. While some of his later work might not reach the heights of his most famous works of the ’70s and ’80s, few directors in film history have had the kind of career has had. Spielberg has three Oscars – Best Picture and Best Director for Schindler’s List (1993) and Best Director for Saving Private Ryan (1998). He also received the Irving G. Thalberg Award from the Academy of Motion Picture Arts & Sciences in 1987, before he finally won his competitive Oscars.

However, Spielberg is much more than a director and has his hands in just about every single aspect of the filmmaking business. That’s why Forbes put Spielberg on the 2016 Billionaires list with an estimated net worth of $3.6 billion.

His incredibly successful production company Amblin (named after his 1968 short film) has produced most of Spielberg’s recent films, as well as movies like Hereafter, Jurassic World, Men in Black 3, Super 8 and plenty more. Amblin is also in the television business, producing the upcoming American Gothic, as well as both Extant and Under The Dome for CBS. He also co-founded DreamWorks Studios.

Here’s a look at how Spielberg, who returns to theaters with The BFG on July 1, makes his money and what he does with it.

1. Fifteen of Spielberg’s Movies Have Made Over $100 Million 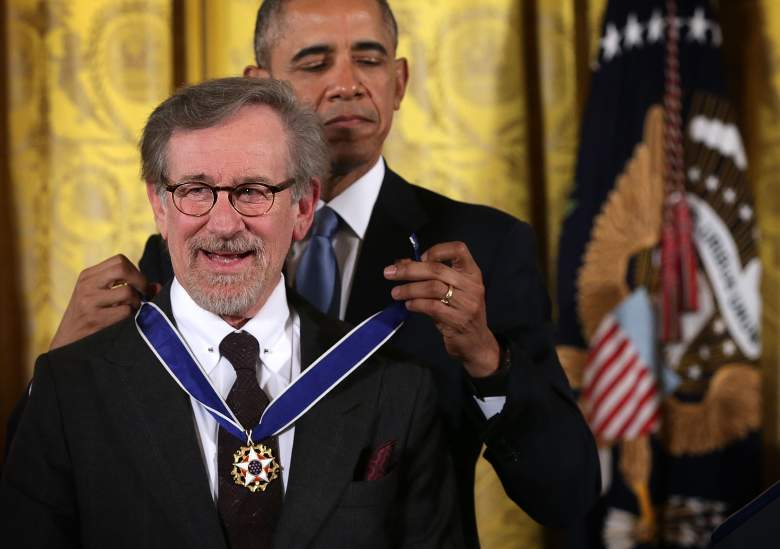 Most directors are lucky to get one movie made, but Spielberg has made 29 theatrically released films (including his segment in Twilight Zone: The Movie) and 15 of them have made over $100 million. According to Box Office Mojo statistics, Spielberg‘s highest-grossing movie is still the beloved E.T.: The Extra-Terrestrial (1982), which made an astonishing $435.1 million in North America. Adjust that number for inflation and it’s $1.2 billion.

Perhaps what’s most fascinating about Spielberg is that he can draw audiences to serious dramas, which is very hard to do these days. For example, the talky Lincoln (2012) made $182.2 million in North America. Schindler’s List, a three-hour, mostly black & white film about the Holocaust, made $96 million in North America. Saving Private Ryan grossed $216.5 million when it was released. 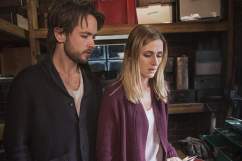 ‘American Gothic’ Series Premiere: What Time & Channel Is It On Tonight? 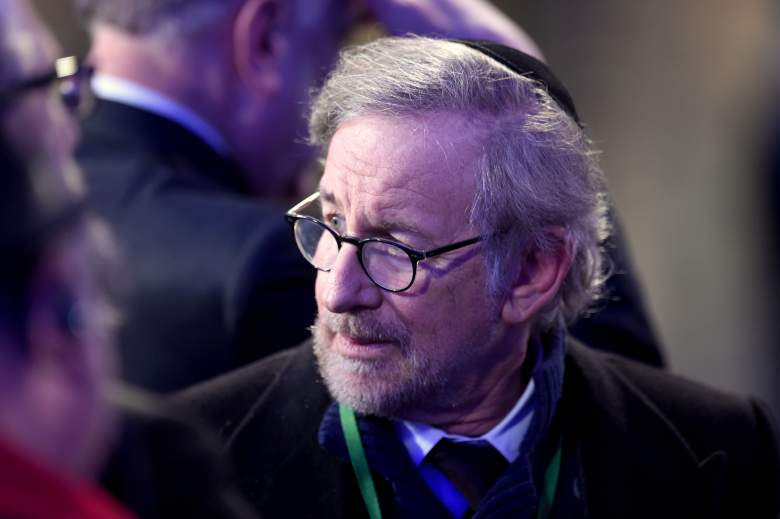 Spielberg helped mark the 70th anniversary of the liberation of Auschwitz in January 2015. (Getty)

In 1994, just after the release of Schindler’s List, Spielberg founded the USC Shoah Foundation with the University of Southern California. The foundation aims to keep a growing audiovisual record of Holocaust stories.

In April 2016, the foundation added 155 testimonies from the Armenian Genocide to go with the 90 testimonies added in 2015. Eighty-six more testimonies will be added to the Visual History Archive by Fall 2016, so there will be 351 in total.

In a recent interview with The Hollywood Reporter, Spielberg said he almost couldn’t make another movie after Schindler’s List and creating the Shoah Foundation. “I was sad and isolated, and as well-received and successful as that movie was, I think it was the trauma of telling the story and forming the Shoah Foundation,” he said. 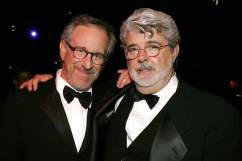 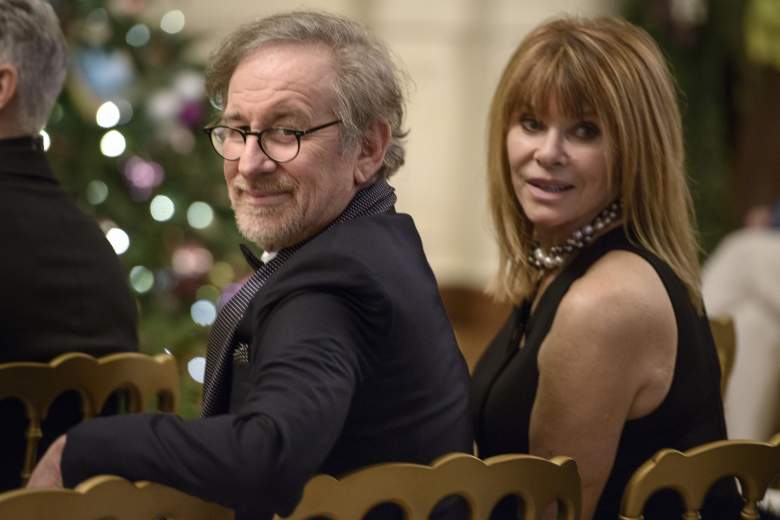 Steven Spielberg and his wife, Kate Capshaw, at the 2014 Kennedy Center Honors. (Getty)

Since Dreamworks SKG was founded in 1994 by Spielberg, Jeffrey Katzenberg and David Geffen, the company has continuously evolved. The company began without being tethered to any of the main Hollywood studios, but then sold itself to Paramount in 2005 and made a distribution deal with Disney in 2008. Now the company is working with Universal, striking a distribution deal in 2015. Of course, Universal is the studio where Spielberg has spent much of his career and, even while making films at other studios, he’s kept an office on the Universal lot. The Dreamworks label is now a part of Amblin Partners.

When Dreamworks Animation became its own entity, it still kept the name. Now, it’s going to be owned by NBCUniversal, which bought the company for $3.8 billion. According to The Hollywood Reporter, Spielberg made around $200 million in the deal. Spielberg doesn’t think this is the death of Dreamworks, a name that will now exist as a label.

“It’s been thrilling. To start the first studio in 60 years, you know? It’s been thrilling,” Spielberg told THR. “I think what Jeffrey did for his shareholders in selling [DWA] to Comcast is a triumph for Jeffrey, and it’s a monster win for the shareholders. A dream that we had in 1994 really came true in 2016.”

4. Spielberg Sold His Malibu Mansion for $26 Million, but Could Have Made Even More 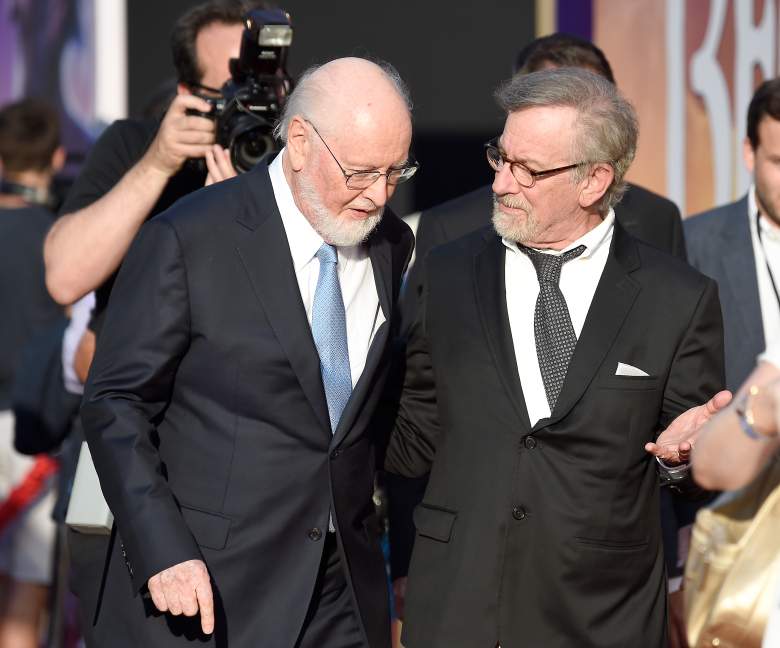 Steven Spielberg and composer John Williams at the premiere for ‘The BFG.’ (Getty)

In July 2015, The Los Angeles Times confirmed that Spielberg sold his longtime Malibu mansion for $26 million. Unfortunately for Spielberg, if he waited a few more months, he might made $9 million more. TMZ reported that six months after his sale, realtor Chris Cortazzo listed the property for $35 million.

Spielberg still made a great profit out of the deal though. He bought the home in separate transactions in 1998 and 2000 for $6.575 million in total.

The director, who has been married to Kate Capshaw since 1991, also bought an expansive Pacific Palisades, Mediterranean home in the 1980s. It was featured by Architectural Digest in 1989. As a student of film history, Spielberg was attracted to this mansion particularly.

“The history of the house attracted me instinctively,” Spielberg told Architectural Digest in 1989. “It was important for me to know that David Selznick had lived there during the time he produced Gone With the Wind.”

Other famous names that have owned the home at one point include actors Douglas Fairbanks Jr., Cary Grant and Betty Hutton and singer Bobby Vinton.

5. Spielberg Made 2.5 Percent From ‘Star Wars’ in Bet With George Lucas

Two of the media moguls on Forbes’ billionaires list are good friends – Spielberg and George Lucas, the creator of the Star Wars saga. Lucas has an estimated net worth of $4.7 billion thanks to his space opera. But part of Spielberg’s wealth comes from Star Wars as well.

Both films were released in 1977 and were huge hits, but Star Wars was the bigger one. Close Encounters made $303.7 million worldwide, but Star Wars has grossed $775.4 million worldwide since it was originally released. So, as Business Insider points out, when you take into account inflation (which means Star Wars‘ total would be at $1.48 billion), Spielberg has made $40 million from Star Wars.

Read More
Net Worth 5 Fast Facts, Steven Spielberg
Steven Spielberg is a billionaire filmmaker. Just how did he make all that money in over four decades in the movie business?