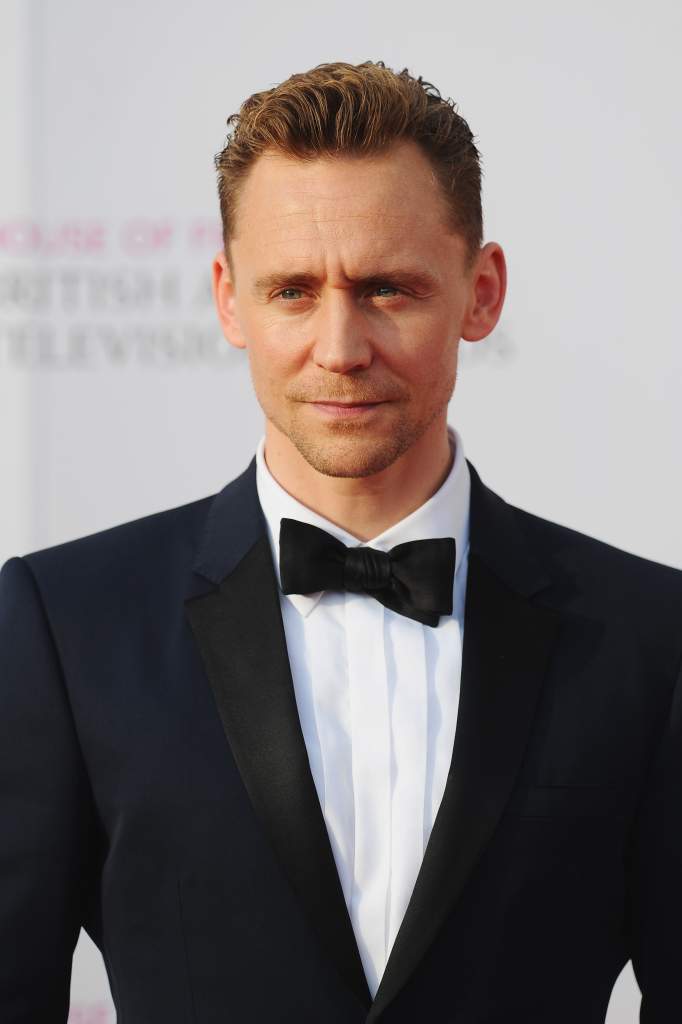 The British actor Tom Hiddleston has a growing fan base, and it’s not only because he started publicly dating Taylor Swift in June 2016, engaging in much-photographed PDAs with the singer. His film breakthrough role came as the villain, Loki, in the movies Thor and The Avengers. More recently, he’s starred as Jonathan Pine in the television series and spy thriller, The Night Manager.

Although he has dated a string of women and been linked to other big-name celebrities, Hiddleston has been very private about his love life – until now. He is heavily involved in humanitarian work, including in Africa, as well as British theater. He’s expressed interest in taking over as the next James Bond, in the wake of another light-eyed, blonde-haired Brit, Daniel Craig.

Hiddleton’s celebrity grew dramatically when he started romancing Taylor Swift, but his star was already on the rise (his fans sometimes call themselves “Hiddlestoners.”) Hiddleston and Swift were seen kissing at the Colosseum in Rome on a mini-vacation and strolling on an English beach, a contrast to Hiddleston’s past private approach to personal relationships. E News reported that the couple met Taylor’s parents in Nashville and attended a Selena Gomez concert. They also met with Hiddleston’s mother in Norfolk, in the United Kingdom.

However, one body language expert told the UK Mirror that the relationship appears “staged.” Body language expert Judi James told the news site: “Either they are using their PDAs as a form of press release to announce their current state of romantic bliss or they are just keen to show both stars in a positive light in terms of desirability and acting ability.”

Either way, they are both getting a lot of press out of the relationship.

2. Hiddleston Has Dated Many Beautiful Women but Has Never Married

The 6-foot 2-inch Hiddleston was born in Westminster, London, on Feb. 9, 1981, according to IMDB.com. His father, James Norman Hiddleston, a scientist, was born in Scotland, and his mother, Diana Patricia, was born in England and is a former stage manager who first interested him in acting. He has two sisters, Sarah, a journalist, and Emma, an actress. “I have a lot of Scot in me,” Hiddleston told justjared.com in 2011. Hiddleston held up one of his old school photos on Twitter as part of his charity work for UNICEF and the EU.

Biography.com says that Hiddleston’s mother interested in him at theater at a young age, and he further explored acting as a career when he appeared on stage at Eton College and the University of Cambridge. He continued starring in theater productions, graduating in 2005 from the Royal Academy of Dramatic Art and, in 2008, winning the Laurence Olivier Award for best newcomer. According to the UK Daily Mail, he is descended from a Navy vice admiral and landed gentry but was raised working class. His great-great grandfather, Sir Edmund Hoyle Vestey, was chairman of the Blue Star Line shipping company. His parents divorced when he was 13, leading him to find solace in acting, UK Daily Mail says.

Hiddleston has never married, but, before Taylor Swift, he dated a string of women, some of them celebrities in their own right. He has been linked romantically to Susannah Fielding, a British actress, and Jane Arthy, a record executive, as well the American actress Elizabeth Olsen. He told Irish television that he likes “independent and capable” females, and wants a “decent and kind” woman like his mother. Some of the women have denied dating Hiddleston. Arthy said the rumors started simply because she was sitting near Hiddleston at Wimbledon. Olsen denied dating Hiddleston, although she did star with him in a biopic on Hank Williams. Olsen said they were friends who had gone out to dinner, Refinery29.com says.

It was rumored that Hiddleston was secretly married to Fielding, but they broke up by late 2011 or early 2012, according to fashionstyle.com, and he denied the marriage rumors, saying he didn’t have a wife: “I am definitely not married.”

Although it was rumored that he was dating American actress Jessica Chastain by 2013 (they starred together in the horror movie Crimson Peak), she also denied the romance. Hiddleston told Elle UK that his first kiss was at age 10 with a girl in the same class. He said it happened on a cricket pavilion at night in August. Hiddleston has also been linked to Kat Dennings, who appeared with him in the movie Thor. They were seen at Comic Con and movie premieres in 2010, fashionstyle.com says.

3. Hiddleston Starred in The Night Manager Television Series in 2016

Hiddleston has the leading role in the six-episode AMC series, The Night Manager, which concluded on May 24 and is based on a John Le Carré spy novel. In Britain, the series aired on BBC One. Before it aired, oddsmakers gave Hiddleston a 20-1 chance of being the next James Bond, The Atlantic reports. After it aired, they stopped taking bets because he became a favorite. The Sun reports that Hiddleston is bulking up on a high-protein diet to increase his chances of getting the Bond role.

In The Night Manager, Hiddleston plays a hotel manager in Cairo who gets drawn into a conspiracy involving British and American intelligence and an international arms dealer. The series took viewers to exotic locales and featured love interests, lending itself to natural Bond comparisons. In fact, Hiddleston has suggested he would be interested in taking over the James Bond role from Daniel Craig, UK Daily Mail says. The official show site describes Hiddleston’s character Jonathan Pine as “an ex-soldier who fought in Iraq and now lives in retreat from life, and from himself, as a hotel night porter.” Vogue called it a “thrilling new spy series.”

4. Hiddleston Is Best Known for His Role as Loki 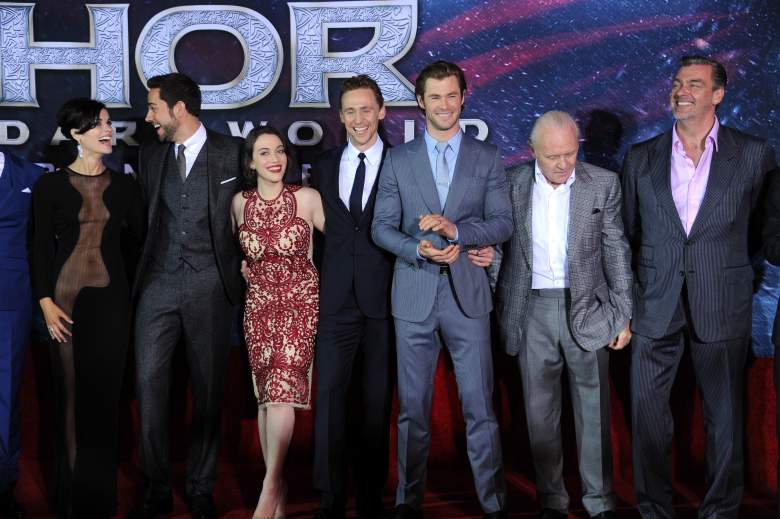 Tom Hiddleston at the premiere of the movie, Thor. (Getty)

Hiddleton is best known for his portrayal as Loki in the movies Thor and The Avengers, first taking on the role in 2011 and following it up with a series of successful movies, according to the website Tom Hiddleston.com. He has also starred in Midnight in Paris, War Horse, The Hollow Crown and other movies. As Loki, Hiddleston was cast as the evil brother of Chris Hemsworth’s god Thor.

Before playing the character from the Marvel comic books, Hiddleston appeared on British television as well as in British theater productions. His first television role was in England in 2001 in the Life and Adventures of Nicholas Nickleby, according to Biography.com. He also starred in Conspiracy in 2001 and The Gathering Storm in 2002 on television.

Loki, a shapeshifter, was his breakthrough role, and some critics have said he should play the character indefinitely, but, according to Cinema Blend, Hiddleston said he wasn’t sure if he could because “If I keep dying my hair back, it’s going to fall out.” Watch Hiddleston’s Thor audition:

Many fans remember how Loki pretended to be his father Odin at the end of the movie, Thor: The Dark World. The next installment, Ragnarok, may feature Hiddleston’s last appearance in the franchise, according to the Guardian. Hiddleston was cast in Thor after acting with Kenneth Branagh in theater productions in England.

5. Tom Hiddleston’s Net Worth Is Growing 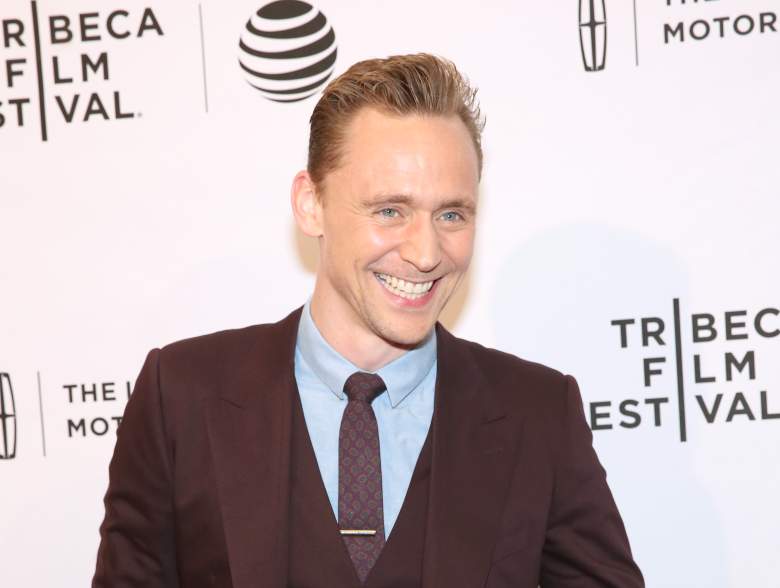 Although Tom Hiddleston has a rising career, his net worth is nowhere near girlfriend Taylor Swift’s $250 million, according to Teen Vogue. Teen Vogue estimated that Hiddleston’s dates with Swift cost more than $59,000 in just their first few weeks of public romance.

Still, Hiddleston’s own net worth is not paltry and is estimated at $20 million, according to Celebrity Net Worth. His net worth is growing fast; not that long ago, it was pegged at $8 million.