The 2016 Tony Awards airs tonight with talk show host James Corden as the host of the event. The show is an annual event which celebrates the achievements in Broadway and the theatre community, drawing in actors and industry professionals from the stage as well as screen. Tonight’s show will feature several big performances in addition to a special tribute for the 20-year anniversary of the musical “Chicago.” If you are interested in watching the show tonight, seeing the red carpet arrivals online, or checking out the performances, read on below for all the details.

PERFORMANCES: Performers include but are not limited to – “Shuffle Along”, “She Loves Me,” “School of Rock,” “Fiddler on the Roof”, “The Color Purple”, “Hamilton,” “Waitress,” “Bright Star,” “On Your Feet,” and “Spring Awakening.”

SHOW LIVE STREAM: Click here for the details on how to watch the Tony Awards show online via live stream.

RED CARPET DETAILS: The #TonysRedCarpet livestream is presented by Nordstrom. The red carpet begins at 5:30 p.m. ET and is set to stream via Tonys All Access. Click here to check it out.

Tonight’s 70th Annual Tony Awards will be dedicated to the victim’s of last night’s deadly shooting in Orlando, Florida. 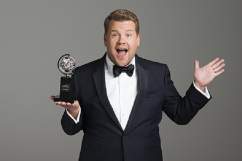 Tony Awards 2016 Live Stream: How to Watch the Tonys Online 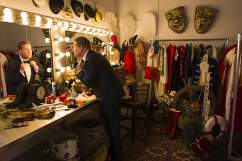 Tony Awards 2016 Date & Time: When Are the Tonys On Tonight?

Read More
Tony Awards, TV
What channel is the 2016 Tony Awards on tonight? Read on for details on what TV station to watch, live stream details and show location.