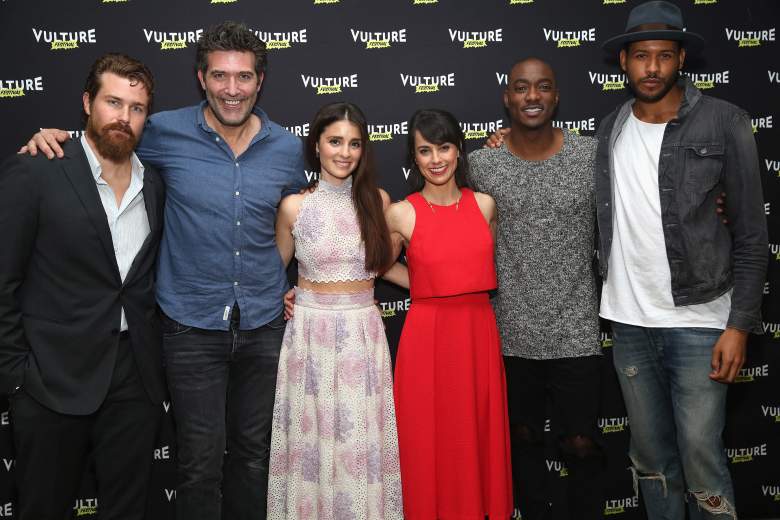 The cast of UnREAL season two, which premieres June 6. (Getty)

Lifetime’s show within a show was a sleeper hit success in season one, and it’s about to make its return Monday, June 6.

The scripted series is about a reality show that is identical to The Bachelor, called “Everlasting.” UnREAL focuses on what goes on behind the scenes in order to get the best shot, the highest ratings, and the most drama. It also reveals what goes on inside the mind of the producers of a show of this sort, and it isn’t pretty. The series garnered a lot of attention for its surprisingly dark nature and the scary truths it brought to light about these dating shows. However, Chris Harrison (host of The Bachelor) told Variety, “It’s complete fiction. As much as they would love to jump on our coattails — they were begging for us to talk about it and for people to write about it — at the end of the day, no one is watching. I mean, absolutely nobody is watching that show. Why? It is terrible. It is really terrible.”

His defensiveness, however, only makes us more positive that UnREAL is…real.

Season two will see a handful of familiar faces, like Shiri Appleby (Rachel) and Constance Zimmer (Quinn), the hot-headed, hot messes, yet brilliant producers of “Everlasting.” However, this will be a big season for Appleby’s Rachel. “Rachel’s actually running the show this year,” Appleby told Bustle. “Quinn is kind of moving on, moving up, and so Rachel’s taking a step forward. And it, obviously, being the show that it is, all falls apart pretty quickly.”

Apparently, Rachel’s ex Jeremy (and “Everlasting” cameraman), played by Josh Kelly, will be making a return. And season one’s British Suitor Adam, played by Freddie Stroma, might come back as well. “There might be one really handsome guy. He might have an accent,” show creator Sarah Gertrude Shapiro told E!. She expressed to E! that it makes sense for him to return because, “that obviously left on a pretty unresolved note for Rachel,” since the two had a brief yet passionate romance.

Quinn’s former fling—and former boss—Chet is returning as well, it seems. At Vulture Fest, Craig Bierko, who plays Chet, highlighted how the season will have a men’s activist spin by revealing that his character would, “would fall in with a group of Men’s Rights Activists this year,” according to Bustle.

In addition to those season one stars, check out the fresh meat for season two, including a new love interest for Quinn and a hotter version of Rachel.

Next Image: BJ Britt in UnREAL

BJ Britt plays "Everlasting’s" new suitor Darius Hill, a sweet professional quarterback with a ton of swagger. Producers Quinn and Rachel land a huge win casting Hill as he’s the first African-American on the show, according to Variety. Britt has appeared in TV shows like Being Mary Jane, Agents of S.H.I.E.L.D. and One Tree Hill.