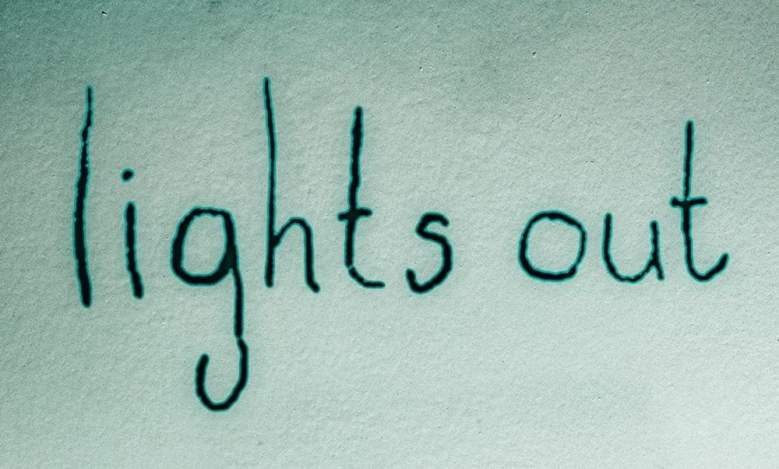 In ‘Lights Out,’ a supernatural creature can only be seen in the dark. (Facebook)

2016 has been an unusually fantastic year for horror thus far. Already fans have gotten to see The Witch, The Conjuring 2, Hush, Baskin, Southbound and The Neon Demon to name a few, and there are plenty of more spooky movies in store over the next few months.

The upcoming slate includes a few sequels, but it also consists of some really interesting and original films that hook the audience just from their unique premise. Needless to say, there’s certainly going to be a whole lot of goodness to revisit for Halloween this October.

From the new Ring movie to the next film from Fede Alvarez, here are some of the horror movies to look forward to in 2016.

One of the most political horror franchises in recent memory is back just in time for the 2016 election. In The Purge: Election Year, a senator (Elizabeth Mitchell) runs on an anti-Purge platform, promising to bring the ceremony of making all crime legal for 12 hours to an end. The U.S. government, made up of people who oppose the senator’s movement, use the Purge as an opportunity to assassinate the senator and ensure she can’t put her proposed changes into effect. Returning to the franchise is Frank Grillo, whose character from The Purge: Anarchy works security for the senator. James DeMonaco is back as writer and director for the third time, and so the movie will likely be just as silly, over-the-top, and weirdly entertaining as ever. Let’s just hope it’s closer in quality to Anarchy than to the original Purge.

Fede Alvarez’s Evil Dead 2013 remake was surprisingly great, in many ways living up to the legacy of the original franchise and even surpassing it. But Sam Raimi and Bruce Campbell are back in control of that series via the Starz show Ash vs. Evil Dead, and so rather than producing an Evil Dead sequel, Alvarez decided to work on an original film, Don’t Breathe. It reunites him with the always lovely Jane Levy, playing a thief who, along with her friends, breaks into the house of a wealthy blind man. But they soon discover this man is actually a serial killer with incredibly good hearing, and so they must be as quiet as possible if they hope to make it out alive. Think of it as a horror version of Don’t Wake Daddy. After being a hit at this year’s South by Southwest, the movie will be released to general audiences this August.

David Sandberg’s short film Lights Out made a huge splash when it debuted in 2013, and James Wan was so impressed that he immediately got in contact with the director in hopes of turning it into a feature film. Like in the short, the movie revolves around a supernatural creature that can only be seen in the dark, and so turning the lights out is the only way to know if its near. It’s essentially an exploration of that feeling of being in a dimly-lit room and thinking that there’s something mysterious right in the corner of your eye. It’s a simple premise, and hopefully Sandberg is able to stretch it out to feature length without getting repetitive. The movie opens on July 22.

Though his name is not too recognizable among general audiences just yet, Adam Wingard has been responsible for some of the best horror films of the past few years, including You’re Next, V/H/S and The Guest. Both the title and the plot description of his latest, The Woods, is extremely generic: it follows a group of teenagers who go into the woods when…bad things happen. That’s about all we know, and the official trailer is rather cryptic. But much of Wingard’s work has involved putting a creative twist on well-worn stories, so there is clearly more happening here than what’s on the surface. And how refreshing is it to have a horror film’s marketing not give away the entire premise? We’ll be in for some surprises when The Woods opens in theaters on September 16.

31 is Rob Zombie’s newest movie which he crowdfunded online, and the director has compared it to his 2003 hit The Devil’s Rejects. The plot follows a group of carnival workers who are kidnapped on Halloween night and forced to survive a series of sadistic games for 12 hours. Zombie has said he came up with the idea after reading that Halloween is the day of the year where the most people go missing. As is the case with most of Zombie’s work, critical reaction has been mixed to negative, with many feeling that it is not particularly original. Horror-focused outlets like Bloody Disgusting have generally had more positive things to say about 31, though, so it seems like this will be one that appeals manly to the horror community but has basically everyone else turning away in disgust. Sounds like a Rob Zombie film alright.

It’s been quite some time since we saw a good Texas Chainsaw Massacre movie. The most recent installment, Texas Chainsaw 3D, was basically a waste of everyone’s time, as was The Texas Chainsaw Massacre: The Beginning. Could Leatherface be the one to bring the series back to greatness? The new sequel/reboot follows Leatherface in his teenage years, with Sam Strike playing the infamous killer as he escapes from a mental institution. Teenage Leatherface might sound horrible, but if Bates Motel could pull it off, maybe this film can too? Let’s hope so. The film does not yet have an official release date, but it’s expected to be released before the end of 2016.

After an 11-year absence, the Ring franchise will return with an all new installment this October. Directed by F. Javier Gutiérrez, the movie evidently follows a young girl whose boyfriend watches the cursed tape and has only a day left to live, but other than that, we know very little about this one. It’s apparently a direct sequel to The Ring Two rather than a reboot, although Naomi Watts does not return. Paramount is hoping this will be a big hit and will become their new annual series now that Paranormal Activity is over. Can Samara sustain that many sequels? And so audiences still even care about this franchise? It has been delayed several times already, but Rings will supposedly finally be hitting theaters this October. 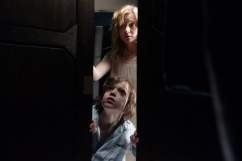