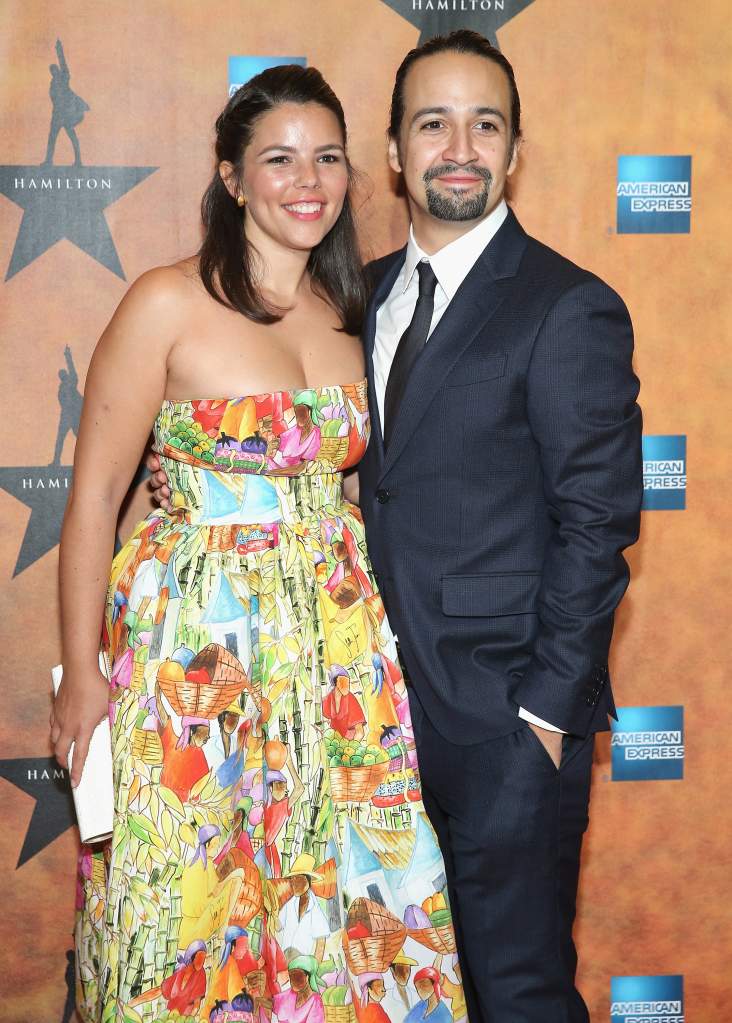 Nadal and Miranda at a Hamilton opening night event. (Getty)

“How do you write like you’re running out of time?” Burr continually asks Hamilton throughout the titular musical. It’s a question you could just as easily ask of the star/creator of the show, Lin-Manuel Miranda. The man is a tireless worker, writing and composing 46 songs in a musical he stars in, bringing it to Broadway, and now planning a touring company for it. The man simply does not stop.

It’s not too surprising, then, that what little information can be found of his wife, Vanessa Nadal, suggests that she is as much of a tireless worker as he is. Here’s what you need to know about her.

1. She is an Attorney Who Graduated From Fordham 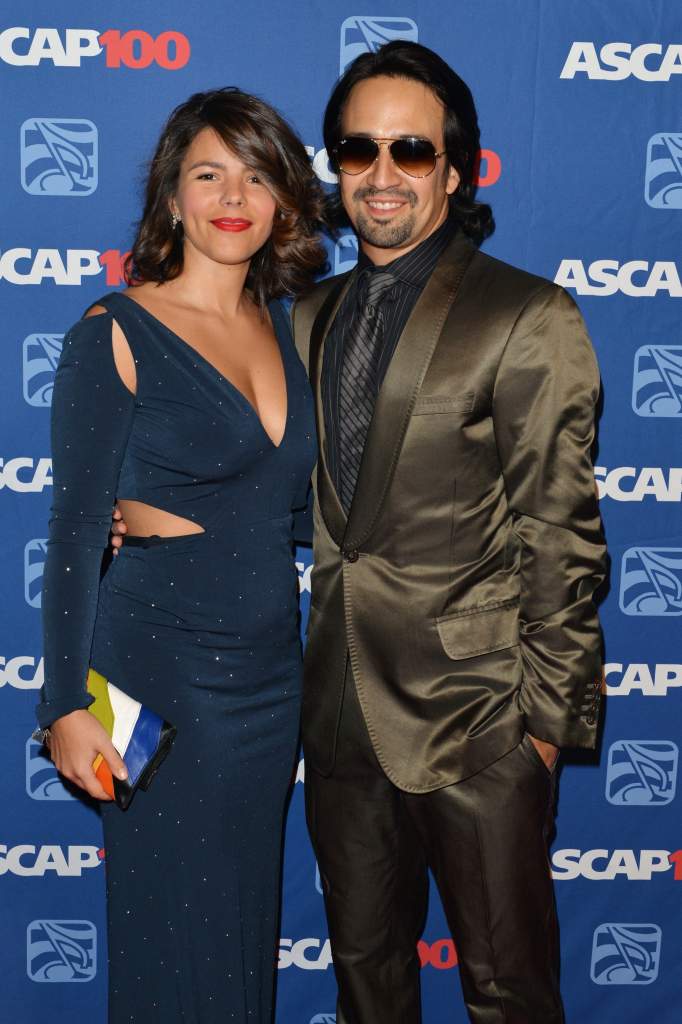 Nadal and Miranda at the ASCAP Latin Music Awards in 2014. (Getty)

There’s almost as much written about Nadal in her own LinkedIn page as there is in every other article about her combined. Nadal works in the field of law. Her last position on the page was as an Associate at Jones Day, though it also says this ended in May, having worked there just over 5 years.

Before she was an Associate, she was a law clerk as she waited to be admitted to take the Bar. It also says she had multiple law internships in 2008, a year in which she was attending Fordham University. She went from 2007-2010, starting 3 years after she obtained her Bachelor’s Degree. What was she doing in those 3 years between schools?

2. Before Going to Law School, She Was a Working Scientist 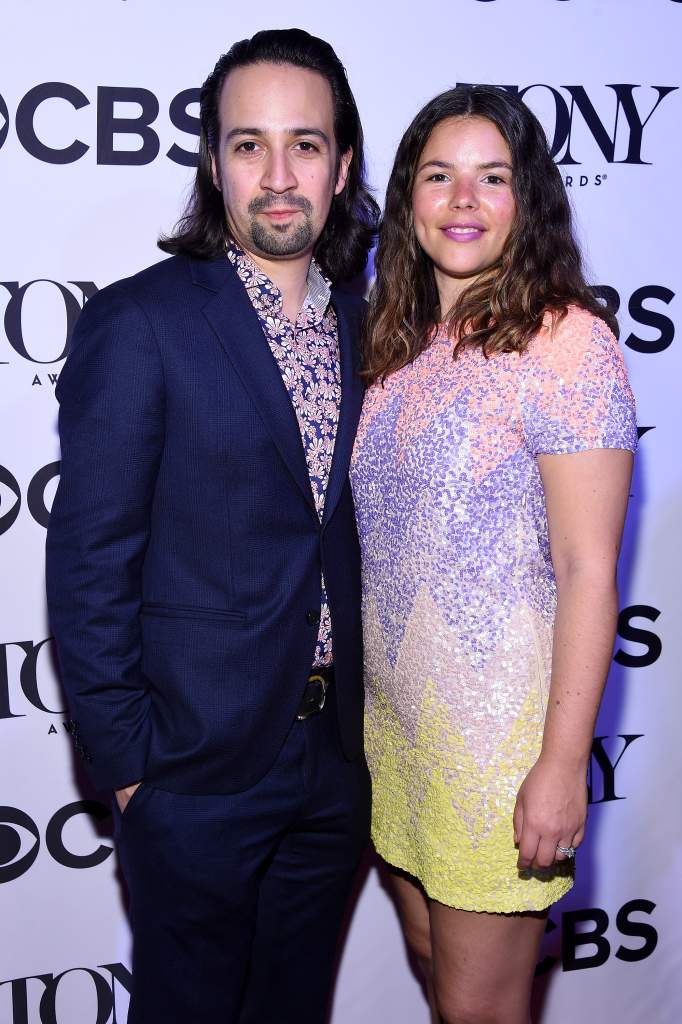 Nadal and Miranda at a 2016 Tony Awards event. (Getty)

A lawyer, and a scientist? No one’s supposed to be that smart. Nadal attended prestigious MIT from 2000-2004, getting her Bachelor’s in chemical engineering. Even more impressive is the fact that she got a job right out of college, turning an internship at Johnson & Johnson into a 3 year job with them as an R&D scientist. This is the job Nadal was working at when she got a sudden Facebook invite from a familiar face.

3. She and Miranda Went to High School Together, But They Didn’t Connect Until Later

Nadal and Miranda didn’t connect until after high school. (Instagram/peace.love.lin)

Nadal and Miranda both attended Hunter College High School around the same time, with Miranda two grades above her. This was not, however, the time period where he Miranda wooed Nadal. In a New York Times piece about the two of them, “She was gorgeous and I’m famously bad at talking to women I find attractive… I have a total lack of game.”

It wasn’t until later, when Miranda was a struggling artist writing what would become his first Broadway musical In the Heights, that he found Nadal on Facebook and sent her an invitation to see his comedy hip-hop show, Freestyle Love Supreme. She was impressed by his intelligence onstage, he was impressed by her confidence amongst his friends. Their relationship progressed quickly from there, and love blossomed.

Two months later, at a big crowded party, he didn’t exactly say, “I love you” but almost. “At some point, we met up for a kiss and he said, ‘You love me,’ ” she recalled. “I was like: ‘How presumptuous!’ I was a little angry but I couldn’t deny it.”

Ms. Nadal added: “He gets me in a way that no one else does. I’m a scientist at heart. I try very hard not to let my emotions cloud my judgments and he’ll see through that and see what I’m really feeling.” 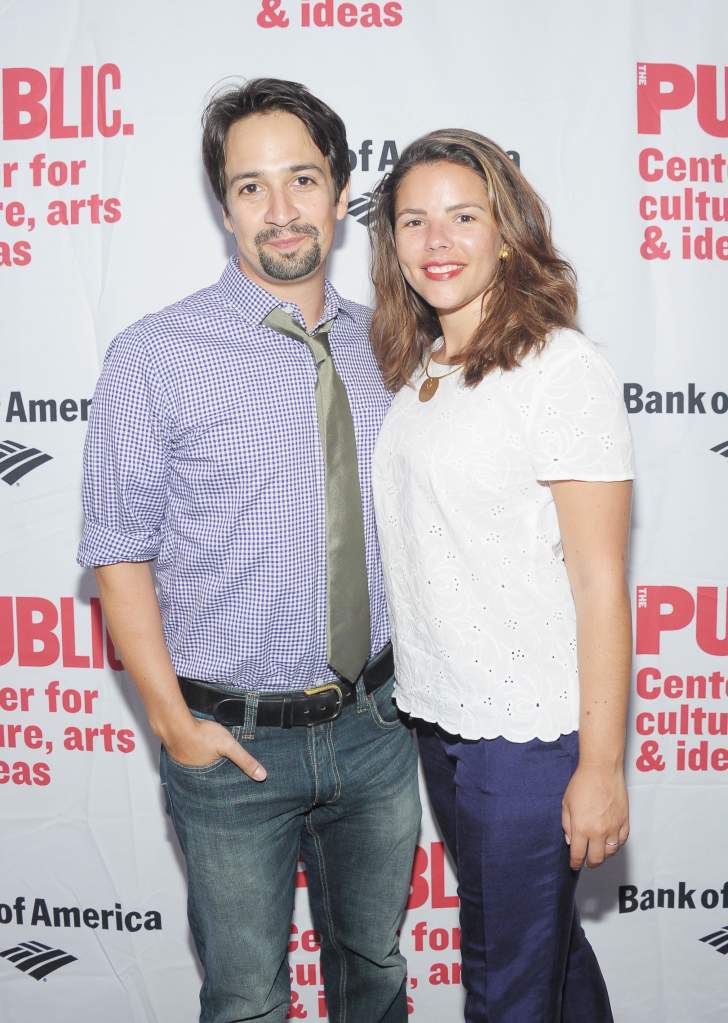 Nadal and Miranda at a 2013 Broadway premiere. (Getty)

On September 5th, 2010, Lin-Manuel Miranda and Vanessa Nadal were married in upstate New York. Once a scientist and a struggling artist, they were now an aspiring lawyer and Broadway royalty, as In the Heights took Manhattan by storm two years prior. The Times reported that during the ceremony, a chorus of Broadway singers sang, and the reception had a 22-piece orchestra performing.

Continuing the Broadway theme, Miranda surprised Nadal. Broadway.com says he, friends, and family rehearsed in secret to create an elaborate song and dance number based on To Life, the famous song from Fiddler on the Roof. Watch for yourself, and see how surprised and delighted she really was.

Nadal and Miranda with baby Sebastian, posted on his 1st birthday. (Instagram/peace.love.lin)

A little over 4 years after their marriage, Nadal gave birth to the couple’s first child, Sebastian Miranda on November 10th, 2014. At the time, Miranda was preparing for Hamilton’s theatrical debut at The Public Theater.

[The screams reach a frenzied pitch. SEBASTIAN MIRANDA enters. He is 7 pounds 10 ounces.]

End Of Act One. pic.twitter.com/qy2VUomSeB

The timing of Sebastian’s arrival had many Hamilton fans wondering if Dear Theosodia, the song where Hamilton and Burr sing to their newborn children, was inspired by him. But Nadal confirmed in a piece by Fordham News that she wasn’t pregnant at the time the song was written. They had, however, recently adopted a dog.

Now, in the wake of an incredible Tony night for Lin-Manuel Miranda, please watch his award speech for Best Score, which was a sonnet dedicated to Vanessa.