Justin Bieber threw down with a guy much bigger than him in Cleveland on Wednesday night and got his butt kicked. After getting shoved in the face, the “Sorry” singer took a wild swing at the Cleveland man, Lamont Richmond, who is twice his size, who then tackled Bieber to the ground.

The 22-year-old pop star was in town for Game 3 of the 2016 NBA Finals between the Golden State Warriors and the Cleveland Cavaliers. In the video, he’s wearing a Cavaliers shirt and TMZ speculated the scuffle began with some “post-game trash talk.”

A few observers of the fight tried to jump in until the bigger man pummeled Bieber to the ground. The fight took place a little after 11 p.m. outside a downtown Cleveland hotel.

In a second video taken seconds later (see above), a Warriors fan wrapped up Bieber and pulled him off the ground. The Canadian native got lose, but witness told TMZ that no more punches were thrown.

He later partied at the Barley House in Cleveland’s Warehouse District. The Cleveland police also told People they “did not respond to the fight.”

Bieber has managed to stay out of trouble for the most part over the last year. He nearly got in a fight with the rapper Desiigner, who jumped on Bieber’s feet during his performance at the 1 OAK nightclub in New York City in May. The “Love Yourself” singer shoved Desiigner, but when the rapper realized what he did, he turned about and told the Biebs, “My bad,” according to TMZ.

Bieber’s in the middle of the Purpose World Tour and is scheduled for his next concert on Saturday in Winnipeg, Canada. He’s been off for nearly a month, performing last on May 19 in Toronto.

The Cleveland man involved in the fight, Richmond, said he was just asking Bieber for an autograph when Bieber started the brawl. You can watch Richmond’s comments about the fight at the link below: 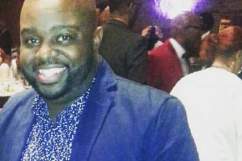