On tonight’s episode of Big Brother 18, Nicole, Corey, Glenn and Tiffany competed in an SOS challenge to fill out the letters “SOS” with “coconuts” on a fake island. Nicole ends up winning, with the other three hoping to not come in last. The competition ends up being a “photo-finish” between Corey and Glenn.

And, the first houseguest to be sent home tonight was Glenn Garcia, who was crushed by the news.

Nicole actually pulled off some clever scheming, convincing the rest of her team to make her Head of Household (HOH). She pretended she didn’t really want the position of power though it was her goal. With her being HOH, this meant that the rest of the Veteran contestants were safe. Upon hearing the news of Nicole’s nomination, the veterans each hid their excitement as together they made a pact on episode 1 of the show.

The next BB18 episode will air this coming Sunday on CBS. 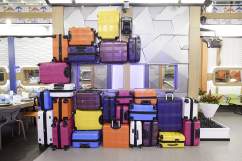 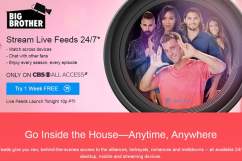 Read More
Big Brother, Reality TV, TV
Who was the first houseguest eliminated on Big Brother 18 tonight? Get the details on the eviction, who got evicted and why they got kicked off the show.